A lawsuit filed by Washington State Attorney General Bob Ferguson is forcing a company accused of preying on homeowners facing foreclosure to dissolve. 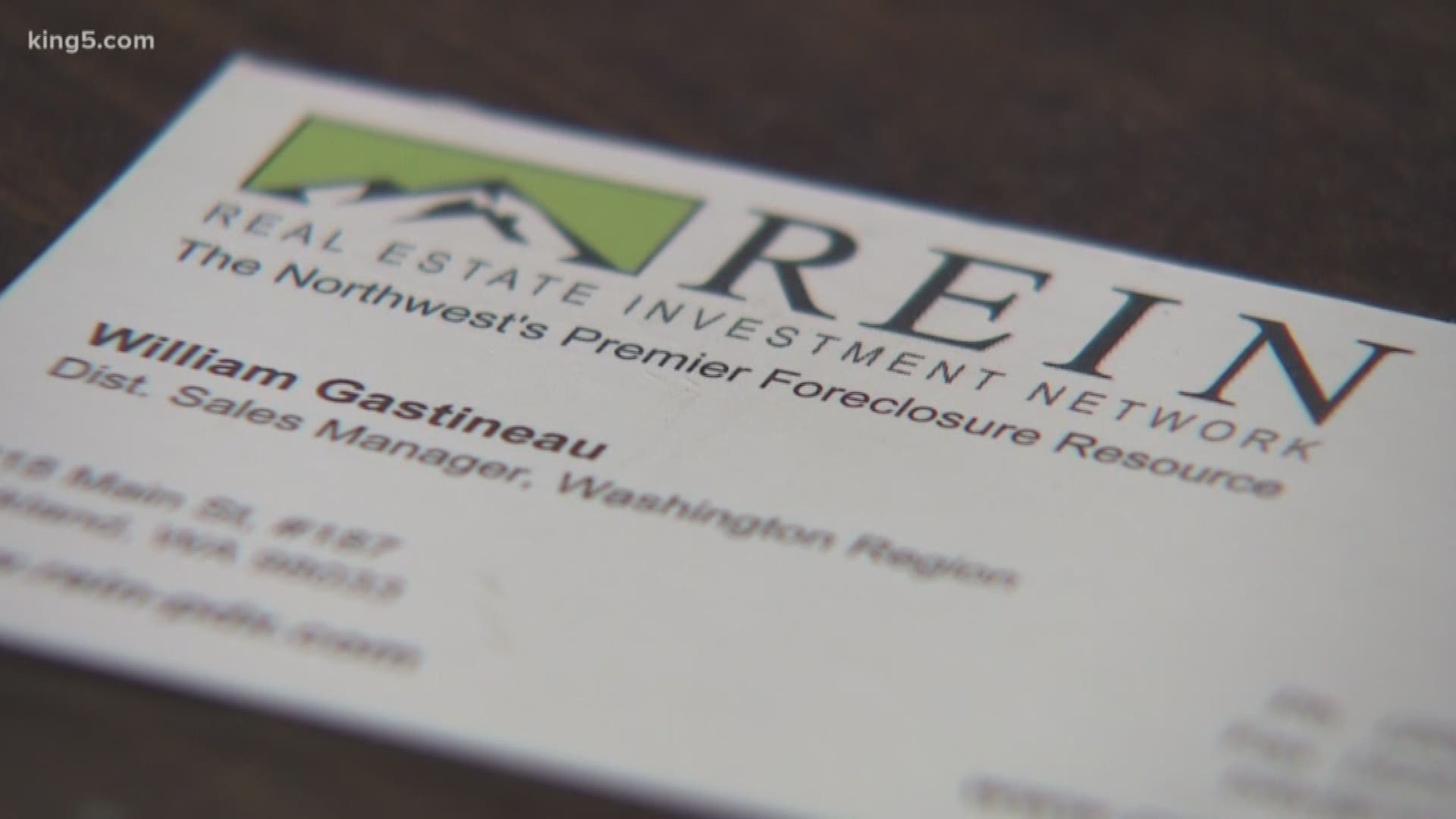 BUCKLEY, Wash. — Jeff Holter said it started last year when someone just showed up at his farm in Buckley.

Holter said a sales manager with the Kirkland- and Portland-based Real Estate Investment Network, LLC (REIN) offered to help with a property in Shoreline. It was a family home Holter and his sisters inherited from their parents. The property was going through the foreclosure process.

"I said, ‘Yeah if you can get my sisters and I some money out of that house. Yeah, go for it,’" Holter explained.

Holter signed a contract giving REIN the right to recover any surplus funds on his behalf from the sale of the Shoreline home. The house sold, and REIN was ready to deliver $44,000 to Holter and his sisters.

It sounded good until Holter heard from the Washington State Attorney General's Office.

Also see | Company accused of preying on homeowners in foreclosure

"They said, ‘Did he ever tell you the amount involved in this excess funds?’" Holter recalled.

The answer was no.

According to the Attorney General's Office, REIN was going to collect about $90,000 from the surplus funds. The news left Holter stunned.

"These companies, there is a limit to how much excess funds they are entitled to get,” Ferguson explained. “It's 5%, and this company was taking 40%, 50%, 60%, even more, and the consumer had no idea.”

According to Ferguson, REIN had approached nearly three dozen homeowners using high-pressure sales pitches and entered into contracts with at least 16 of them.

"Thankfully, we were able to file our lawsuit and get an injunction against this company," said Ferguson.

Now, there is a resolution. Under a consent decree filed Wednesday, REIN has to pay up to $85,000 and shut down.

"They cannot operate anymore, and they need to be out of this business,” said Ferguson. “That is an important result in this case. Any contracts that existed between this company and consumers now have to be changed to reflect the appropriate amount this company can take out of those excess funds."

KING 5 reached out to the attorney representing the local defendants in connection with REIN for comment but did not immediately hear back.