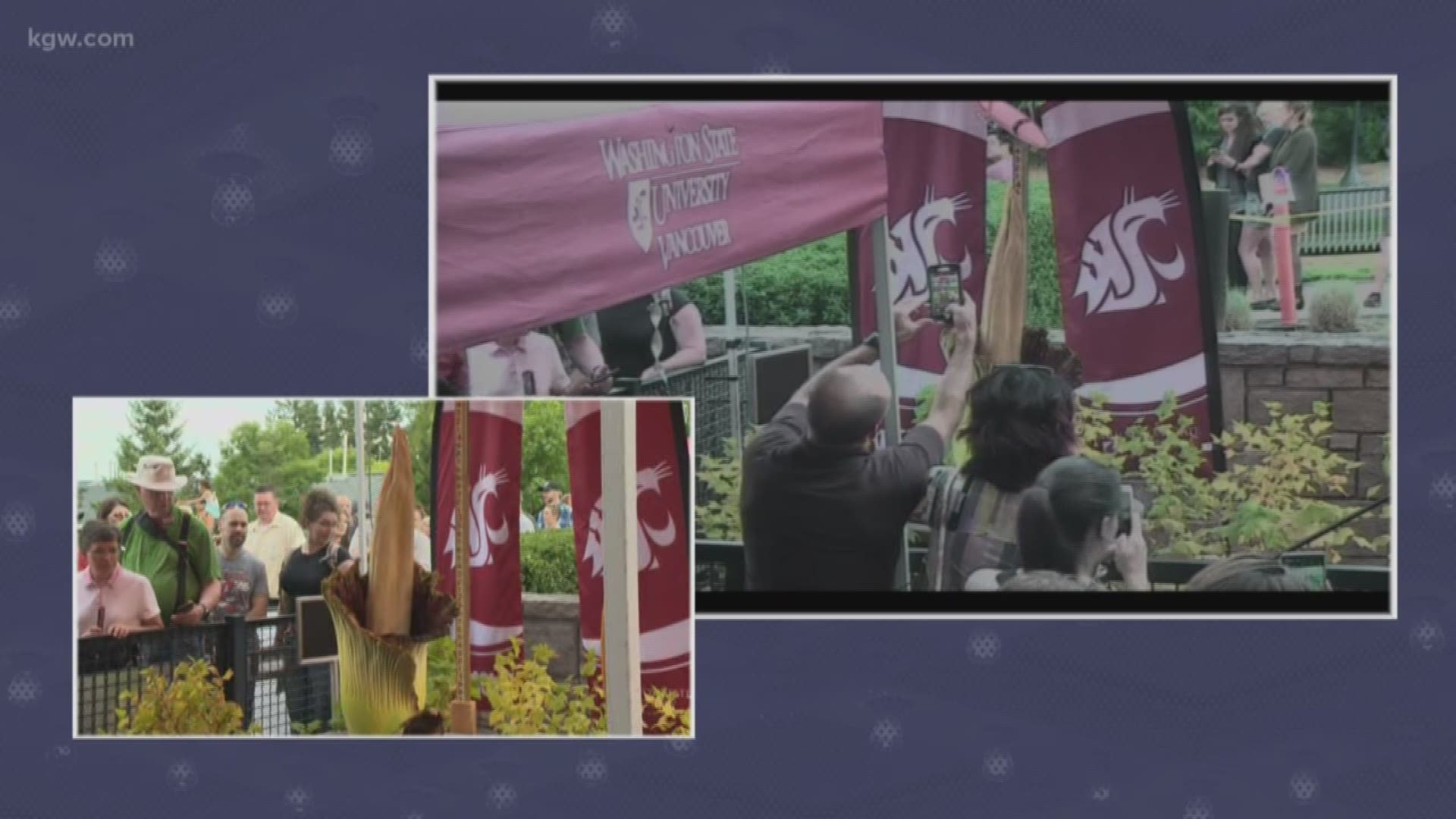 VANCOUVER, Wash. — Washington State University Vancouver is home to a corpse flower, one of the rarest flowers in the world, and it's blooming for the first time in 17 years.

The flower is named for its putrid smell when it blooms.

Professor Steve Sylvester had the flower in a pot on its desk, and as it grew he moved it outside to a public place on the campus.

Watch a live stream of the corpse flower

The flower has been named “Titan VanCoug.” It was expected to bloom later this month, but it started early.

“We are anticipating a lot of people coming to campus,” said Sylvester. “Upwards of 20,000 people and sometimes 30,000 people observe the blooms and smell the scent.”

KGW's Christine Pitawanich got a big whiff of the corpse flower.