A Monroe couple was shocked to find a rare species of ribbon fish on a beach near Deception Pass. 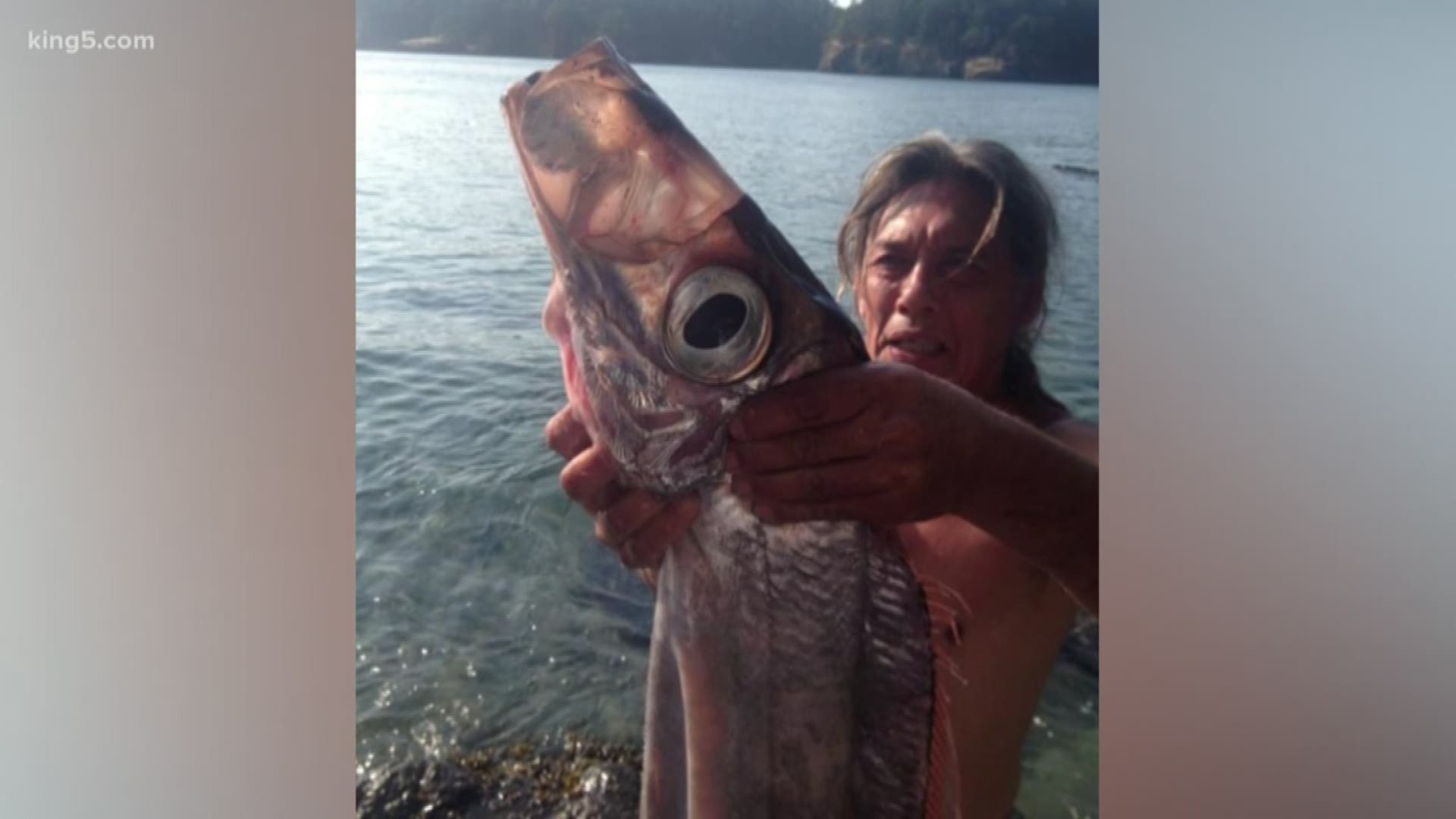 Craig Leone and Kristin Baerg were walking on the beach near Deception Pass recently when something out of the ordinary caught their eye.

It turned out to be a 6-foot-long fish with an eye the size of a human fist. Leone’s first thought was, “That’s a freaky looking fish.”

According to Makah legend, the ribbon-like fish leads the salmon to their spawning grounds every year. It was forbidden to kill one for fear of disrupting the salmon run.

“They’re out there,” said Tim Carpenter, the curator of fish and invertebrates at the Seattle Aquarium. “They’ve always been a resident of waters around here.”

According to Jackie Hilderling, who runs the Marine Detective website, only four “King-of-the-Salmon” fish are known to have washed ashore around the Salish Sea as of October 2017. Carpenter could not confirm the exact number of specimens found on our beaches but did call the fish an “uncommon species.”

Leone and Baerg didn’t keep the fish they found, but they think they’ve got something better than that.

“It’s a story that we give to the grandkids,” Leone said.