Mercer Island residents and businesses rally behind "Show Your Stripes," a campaign to raise awareness and support for families of children with rare diseases. 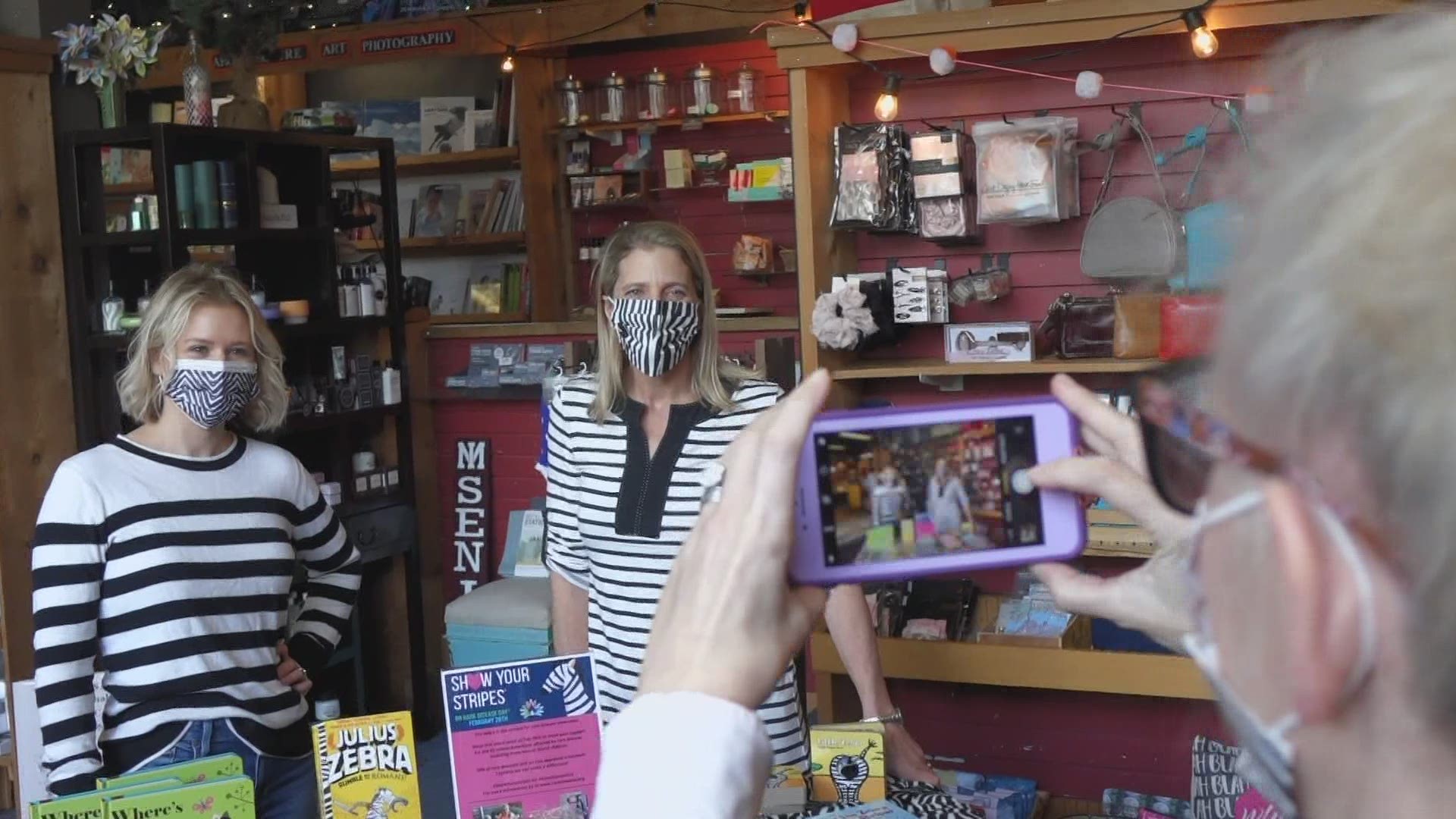 MERCER ISLAND, Wash — Having a rare disease can feel isolating. Like living on an island.

It just so happens an island is where two mothers found common ground. Mercer Island residents Effie Parks and Jill Hawkins bonded over the experience of managing their children's rare genetic diseases, and they want to spread awareness and support for other families in the same boat.

Parks’s 4-year-old son Ford has CTNNB1 syndrome, a condition that affects physical or intellectual development. Parks said that when her son was diagnosed she was told he was 1 of just 30 with the disease.

Parks talks about it on a podcast "Once Upon a Gene" she created to hopefully connect with other parents in a similar situation.

Hawkins read about Parks’ podcast in the local newspaper and quickly subscribed. Two of Hawkins' kids have an ultra-rare genetic disease known as FAM177A1, which also causes physical and intellectual challenges.

It turns out the mothers only live about a mile apart and suddenly found friendship. Over the last year, the mothers have been planning ways to reach out to other families who are managing rare diseases.

The organization adopted the zebra as a symbol for rare disease. Parks and Hawkins decided they could leverage the opportunity to provide zebra masks and quickly drummed up community support.

More than a dozen local businesses on Mercer Island are participating in raising awareness by placing signs and decorations in the window and offer zebra masks for customers. Many are even offering discounts and perks for people who are wearing a zebra mask.

Zebra cookies, kids' books and art, and even zebra dolls can be spotted around the island approaching the official day of recognition. Mercer island Mayor Benson Wong recently proclaimed Feb. 28 as Rare Disease Day and there’s a celebration planned for Sunday.

Anyone who wants to show their stripes in a socially distanced show of support can join the group at 1 p.m. Sunday at Aubrey Davis Park on Mercer Island.