Flyers with racist messages and unverified statistics about Black and white violence were posted in Redmond. 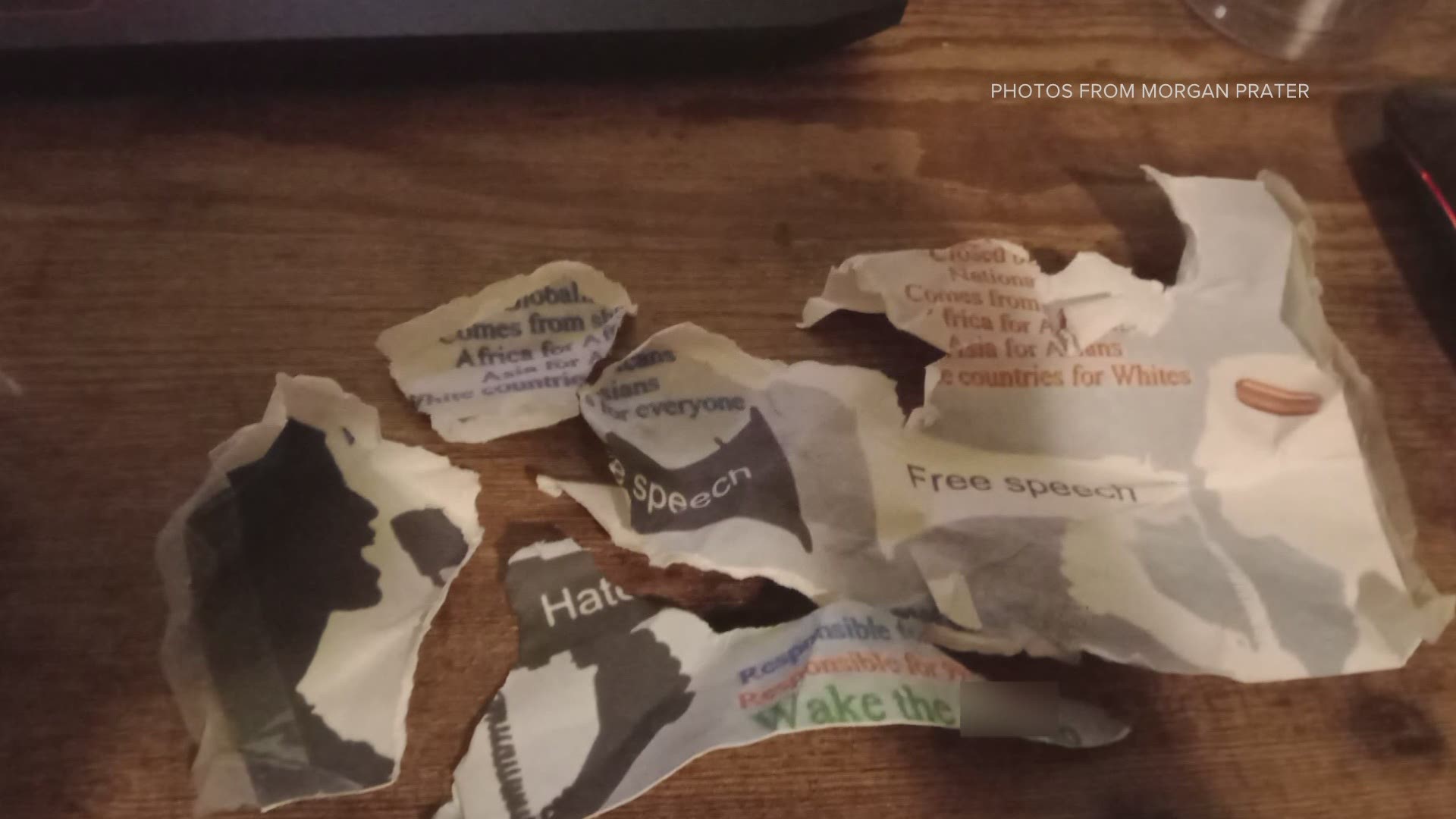 REDMOND, Wash. — Residents in Redmond are furious after discovering flyers with racist messages posted around the neighborhood of Redmond Way stretching from Willows Road to 160th Avenue Northeast.

Resident Morgan Prater said he was walking around town on Sunday when he saw and removed at least six flyers with text reading things like, "Africa for Africans" and "Asia for Asians." That flyer also used words and images equating hate speech with free speech.

Another flyer had unverified statistics comparing Black and white violence.

Prater, who moved to Redmond from central Oklahoma in January, said he has no tolerance for such type of language and removed the flyers to prevent anyone from getting hurt. He said hate can turn into action quickly.

He then posted about his experience on social media telling KING 5 he wanted to be louder than the people who posted the flyers.

"There are kids in the area that walk around on those same streets," Prater said. "And I mean, they're not always white kids. I don't think that people should have to see that. And especially like kids, families, people who have come here for a better life, who have lived here their entire life, and are now being told that they're not welcome."

Another resident said she also saw the flyers near the Power Line trail, which is just about three miles from where Prater said he saw them.

Prater said he did get in touch with the city of Redmond about the flyers.

KING 5 asked the city what they plan on doing, they say they're looking into it.