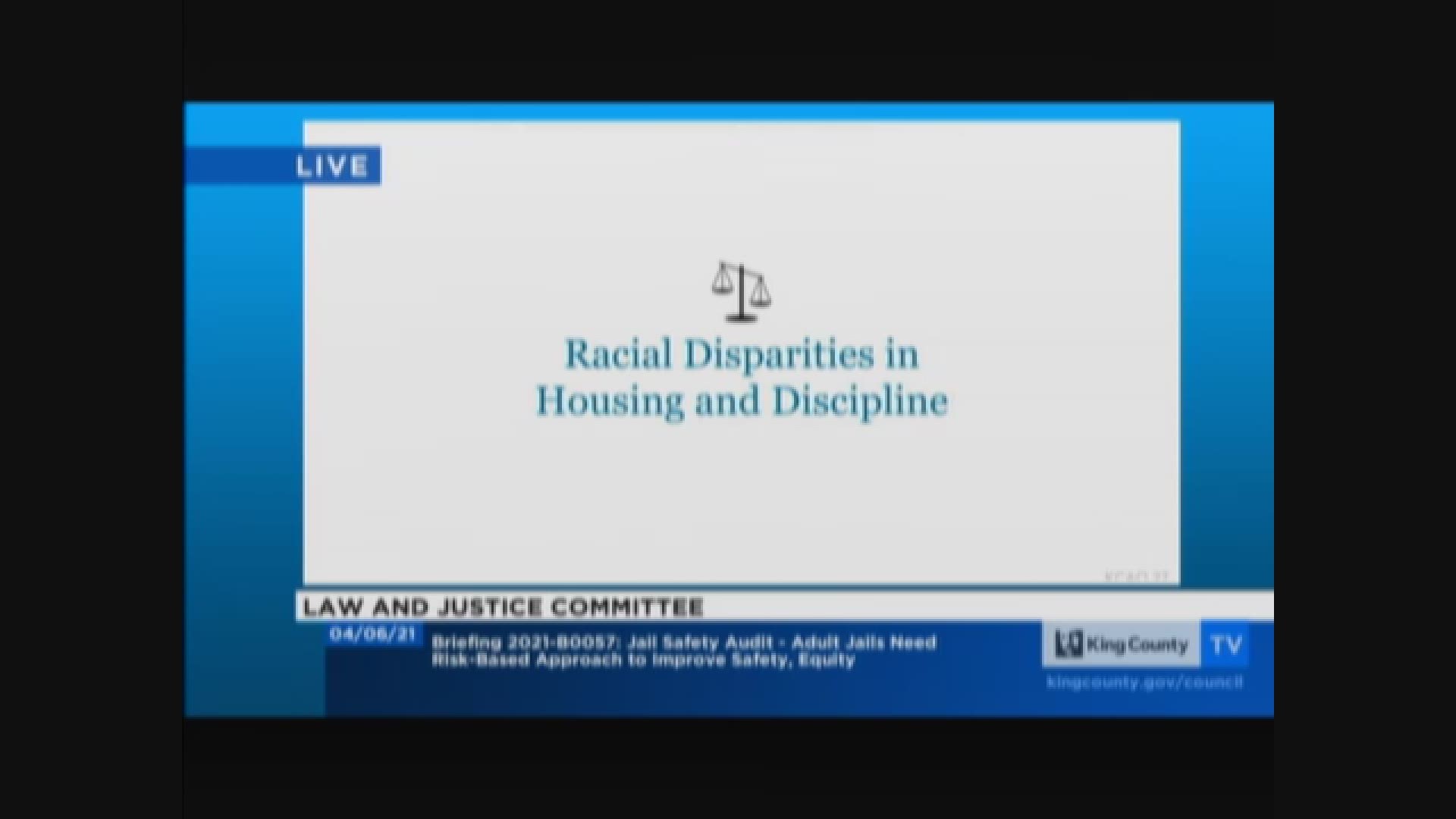 SEATTLE — An audit of King County corrections found racial bias evident in housing and discipline and made recommendations to decrease disparities.

The audit, which was presented Tuesday to the King County Council Law and Justice Committee, examined data and incidents from 2017 to 2019 at the King County Correctional Facility in Seattle and Maleng Regional Justice Center in Kent.

Black people in custody were overrepresented in higher security housing and were more likely than white people to be infracted for violent incidents, according to the audit.

Although Black people make up 36% of the jail’s population, auditors found they made up half of the two highest security levels at the jails.

RELATED: Over 50 infected in COVID-19 outbreak in King County corrections

However, the report found social distancing was key in reducing incidents last year. When the pandemic hit, the adult King County jail population decreased from about 2,000 inmates to 1,300, and the Seattle jail stopped double-bunking inmates. Although the inmate population dropped 47%, fights and assaults plummeted 63%, according to the audit.

Though auditors found pepper spray was sometimes misused by staff, excessive use of force among officers was “rarely found” with four cases of excessive and unnecessary force documented over the audit’s three-year period.

The audit made 25 recommendations, including several to reduce bias. Those recommendations include making changes to the sanctions process and revising its management risk scoring rubric to reduce bias as well as monitoring the racial makeup of incident data to detect disparities.