Raccoon attack prompts rabies scare, but the disease is rare in Washington

Rabies is rare among Washington state wildlife. But if a human were to contract the disease, it needs immediate attention. 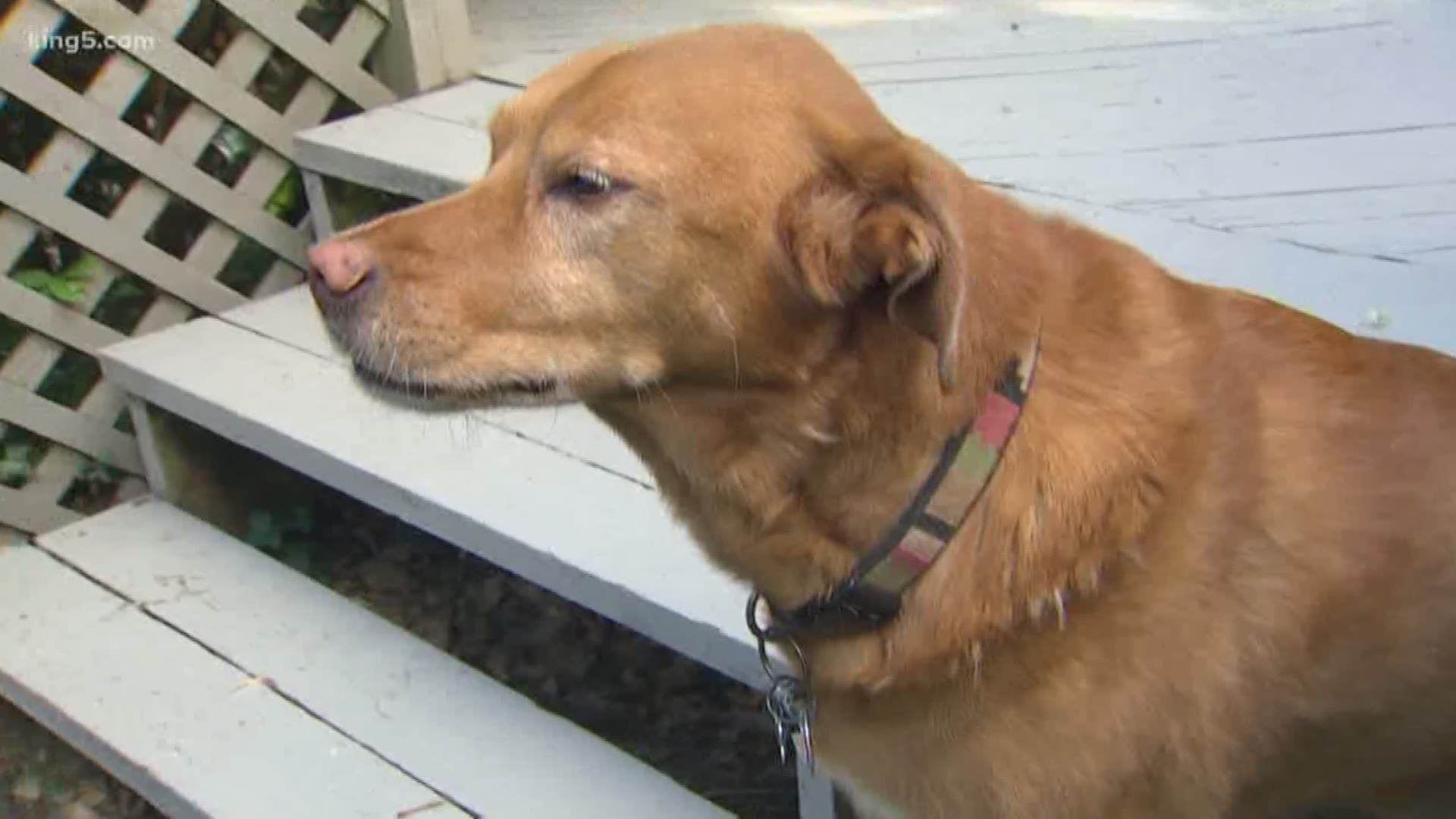 A woman found herself caught between a raccoon and her beloved dog in her Bellevue backyard. The scratches that ensued landed Leisa Baker in the emergency room with concerns of rabies, a severe viral disease that affects the central nervous system.

The run-in happened early July 4th when Baker's dog, Zoey, spotted something in the backyard.

"She ran out, and there was a baby raccoon that she started arguing with, I mean fighting," Baker explained.

Then out of the brush came a bigger battle. The raccoon's mother started to fight with Zoey.

"I thought she was going to kill my dog, and I was trying to get her as fast as I could before she got to her neck," said Baker.

Before they escaped, both dog and owner had raccoon bites. Baker wound up in the ER.

"They told me I probably needed a rabies shot because they weren't sure if the raccoon had rabies," said Baker.

She added that the medical advice proved pricey with the medicine and hospital visit costing $11,000. She is still waiting to see what insurance will cover.

"What we do know in Washington state, there is no terrestrial rabies here. What that means, there are no animals that walk on the ground that are known to regularly carry rabies at any given time," said Kawakami.

But he says it is possible for the rabies virus to be transferred from a bat to an animal, like a raccoon. However, that's not common in Washington state.

"If you were on the East Coast, definitely, they have raccoon rabies variant," said Kawakami. "It's not quite clear what's different about here in the Pacific Northwest because generally, you are not going to find raccoons that carry the rabies virus."

RELATED: Rabid bats found in May highest in 20 years

But only about one percent of bats in the wild are infected.

"This year in King County we have had four (bats) that were positive," said Kawakami.

A bat testing positive does not necessarily mean a human was exposed. The health department says rabies is a rare problem, but also a serious one. That's why educational videos are on the agency's website.

It's information Baker wishes she had known before she received medical treatment for her raccoon bite.

"I wouldn't have had that trip to the emergency room," said Baker.

Anyone who may have been in contact with a rabid bat should seek medical help immediately. If your pets may have been exposed to a rabid animal, seek veterinary care at once.

“Our main concern is identifying anyone who may have had contact. And if there are people who’ve had contact with this bat, or any other bat, and haven’t been in contact with us or a healthcare provider, we encourage them to do that immediately,” said Dr. Jeff Duchin, King County Public Health Officer.