Hours after Jeffrey Acord posted bail for the reckless burning charge, he was arrested again and charged with burglary in a separate incident. 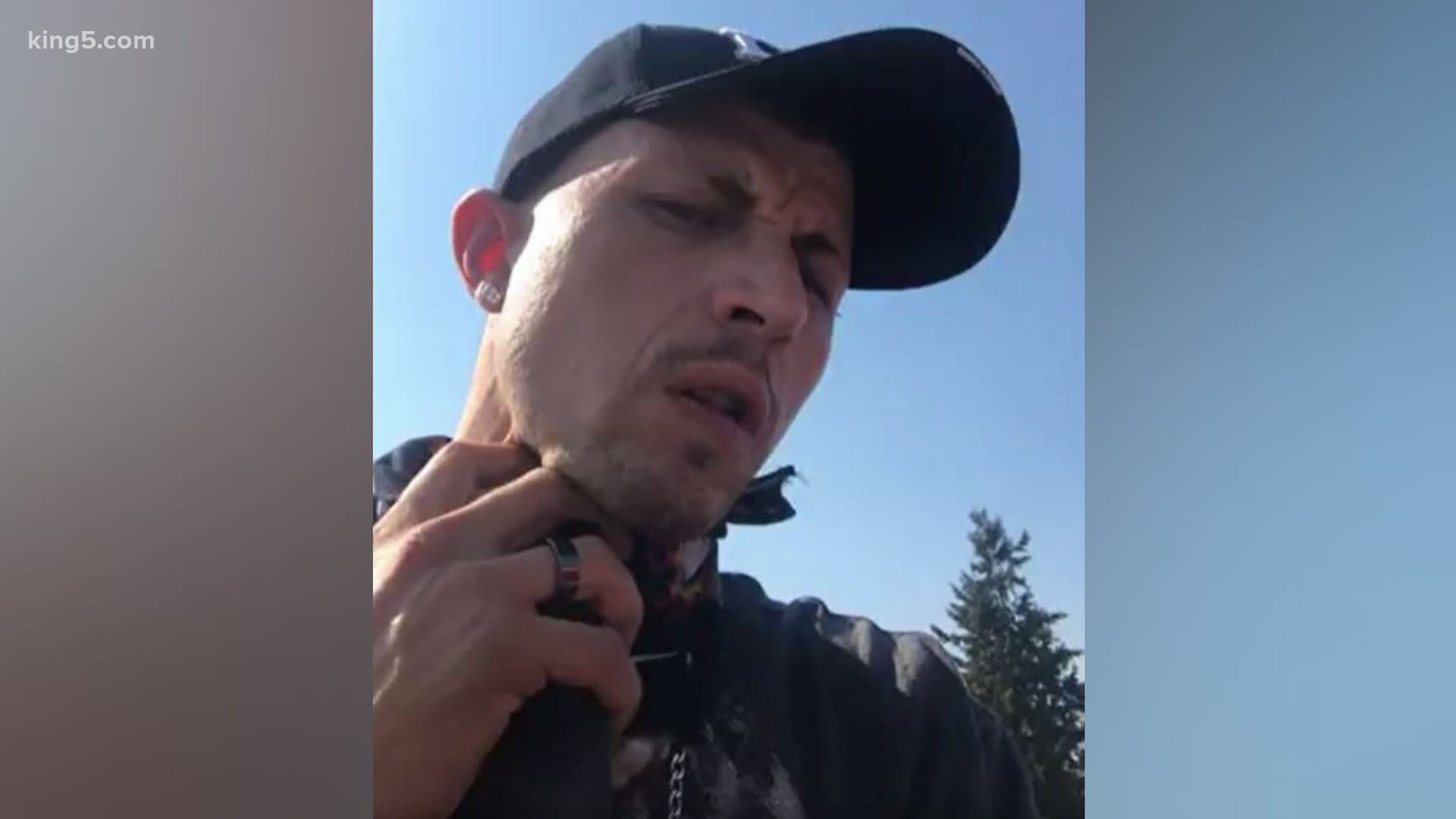 Police say it was intentional, but the man says he had nothing to do with it.

A Facebook live video on Jeffrey Acord’s profile now has over 155,000 views.

“I’m out here on 167 right now it looks like a fire literally just started,” Acord said in the video.

He is seen standing on the side of SR 167 in Puyallup and zooms in as flames rage from the median.

An off-duty Fife police officer saw the fire and Acord nearby and thought it was suspicious.

In the video, you hear Acord say he was walking along the highway looking for a camera that fell out of his backpack the day before while riding his motorcycle.

But Acord was arrested and booked on a charge of second-degree reckless burning.

“Ultimately it was determined is that they had probable cause to believe that gentleman had started that fire,” said Captain Jason Visnaw with Puyallup Police.

The fire burned about an acre and a half before Central Pierce Fire arrived and put it out.

He worried about the ramifications intentionally set fires can have on a community.

“They should consider the impact that it has on others, the detriment of having your home burn down, losing all your possessions, the psychological impact of seeing these fires all over and being concerned for your safety and the safety of your family and friends. I think it’s a very selfish thing to do,” Visnaw said.

Acord posted bail the night he was booked.

Hours later he arrested again on a burglary charge after Puyallup police said he was seen was on surveillance video breaking into a gas station just blocks away from the jail.

Another person arrested for allegedly setting fire in Parkland incident

In a second roadside fire incident this week, Washington State Patrol said another person is on his way to jail after allegedly lighting the grass at State Route 512 and State Route 7 in Parkland.

An observer witnessed the incident and alerted 911, according to the Washington State Patrol.

Troopers caught the person after a foot chase, according to the Washington State Patrol.