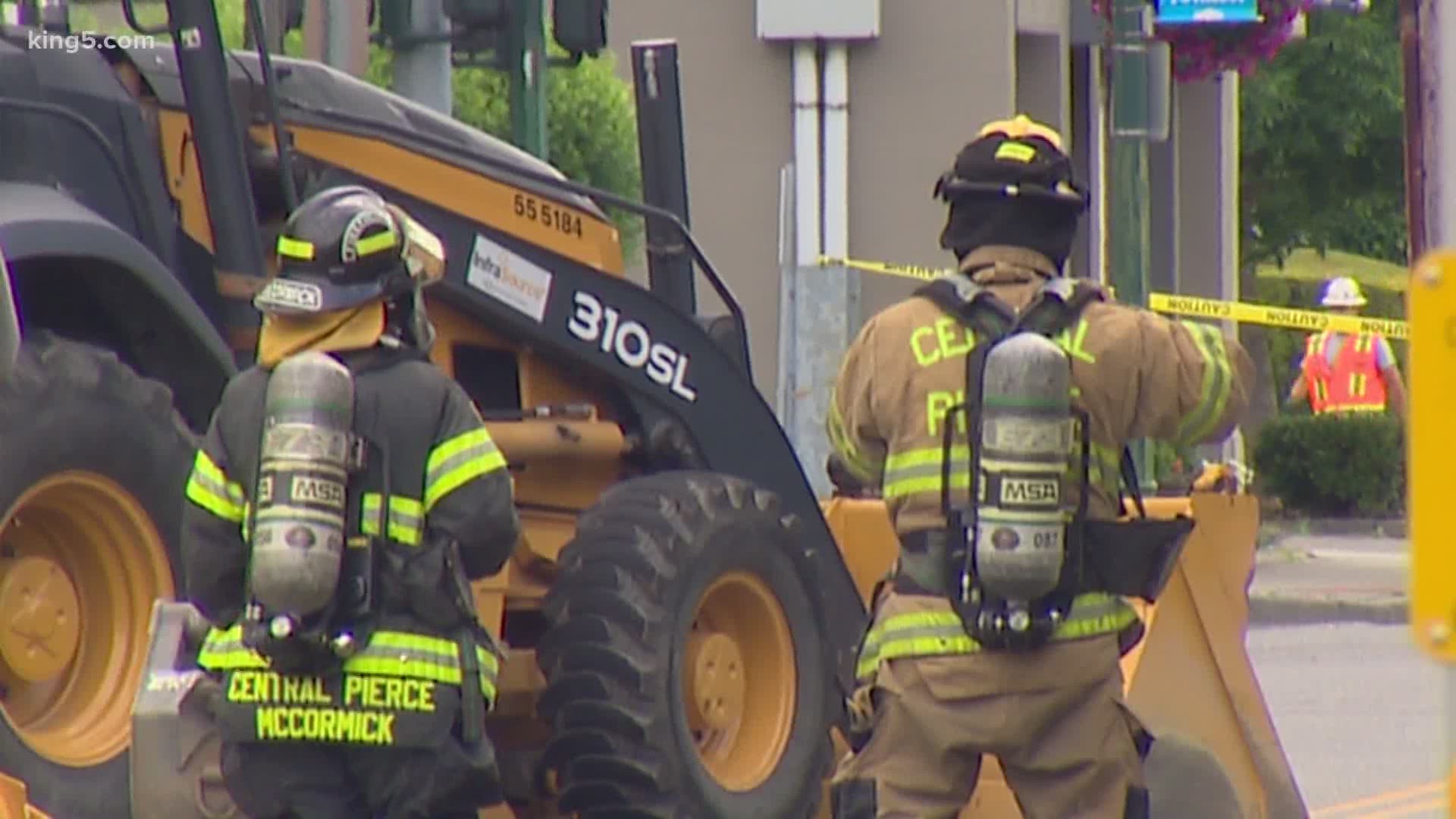 PUYALLUP, Wash. — A "major" natural gas leak in downtown Puyallup on Tuesday morning was contained, and police gave residents who were sheltering in place the all clear to leave their homes.

Crews contained and stopped the gas leak around 11:35 a.m. Puyallup police said emergency crews went door to door to check the natural gas levels in all of the buildings in the area.

Puyallup police said a construction crew hit a gas line in the area of Pioneer and Meridian. Puget Sound Energy (PSE) said the 4-inch gas line was buried 7 feet underground and was struck by a private contractor between 2-3 a.m.

All roads in the downtown Puyallup area were closed to both vehicles and pedestrians for several hours.

Puyallup police evacuated fewer than 50 people from homes and businesses near the gas leak. Several hundred other residents in the area were told to shelter in place with their windows and doors closed.

The shelter in place order was lifted just after 3:30 p.m.

At one point, power was out for about 2,110 PSE customers. PSE intentionally shut down power as a precaution down due to the gas leak.

Residents with special needs who were evacuated or sheltered in place and need assistance can call the Puyallup Emergency Operations Center at 253.864.4170. Puyallup police said anyone with questions about the gas leak can also call that number, but it is not for reporting an emergency. If no one answers, police said to leave a message and "you will get called back ASAP." 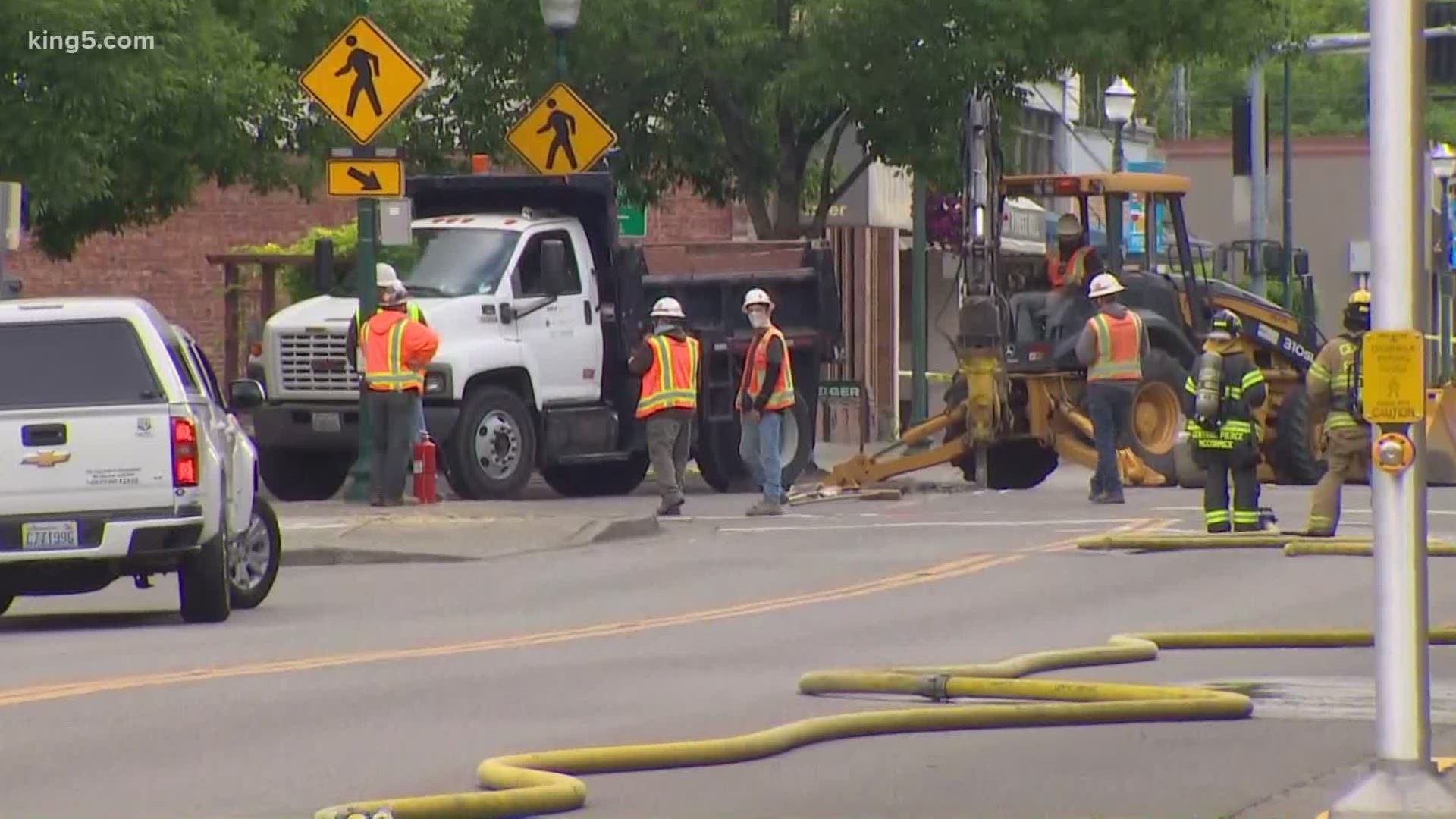