A new study is using Puget Sound wastewater to understand trends in cannabis use. 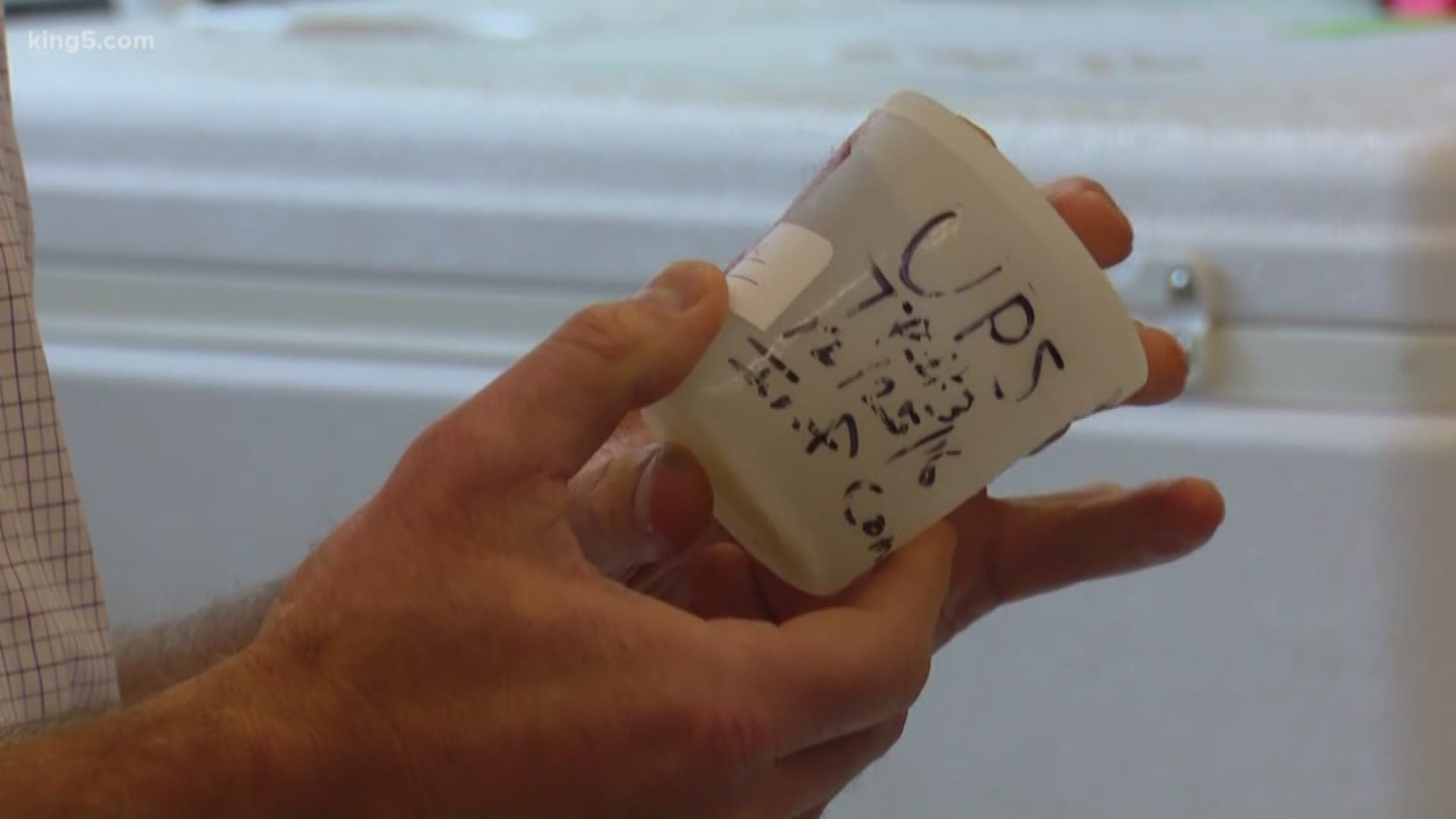 Why is there a freezer full of sewage in Tacoma? A new study is using Puget Sound wastewater to understand trends in cannabis use since legalized sales began in August 2014.

The findings suggest that the black market for marijuana was rapidly displaced by legal recreational sales. This is one of the first studies to use hard data, rather than surveys, to understand how cannabis consumption has been affected by legalization in Washington state.

The researchers used new methods to detect trace amounts of THC metabolites in the waste stream – that’s what leaves your body and gets flushed down the toilet after cannabis consumption of any kind, whether smoked, vaped, or eaten.

Dr. Burgard explains, “One dose would be diluted into hundreds of millions of gallons of wastewater. So trying to find those really low levels in a sample that’s pretty messy is a sophisticated technique. But in the end, it is measuring some stuff in sewage.”

While sales of legal cannabis increased rapidly from 2014 to 2016, roughly 70% per quarter, there was only a small increase in the amount of THC metabolites detected in the waste stream, indicating that most users switched from illicit markets to legal ones. The research team did also see some growth in consumption — noting a particularly large spike at the end of 2016.

“You can ask somebody with a survey, how much of this illicit drug do you use and you may or may not get the right answer. With wastewater, it’s anonymous, and wastewater doesn’t have any reason to lie,” explained Dr. Burgard.

He added that, as far as the data is concerned, western Washington is a world leader in cannabis consumption. “We are part of an international study… with 60-80 other cities around the world. And according to wastewater, the Puget Sound area has the highest cannabis use per capita, even over Amsterdam.”

Dr. Jonathan Caulkins, a Professor at Carnegie Mellon’s Heinz College who studies trends in drug use and legalization, praised the research and expressed hope that there would be more studies like this to come.

“I hope the whole regulatory community recognizes its potential," Caulkins said. "The US used to lead in innovative data collection on drug use, and we’ve lost that edge, but this is promising.”

Brian Smith of the Washington State Liquor and Cannabis Board was also enthusiastic about the study, “There’s been a lack of research on marijuana use because it’s illegal federally, and that has an impact on what people can really know… things like this are a step in the right direction.”