A pipeline explosion in Canada interrupted some natural gas services in Western Washington this week. 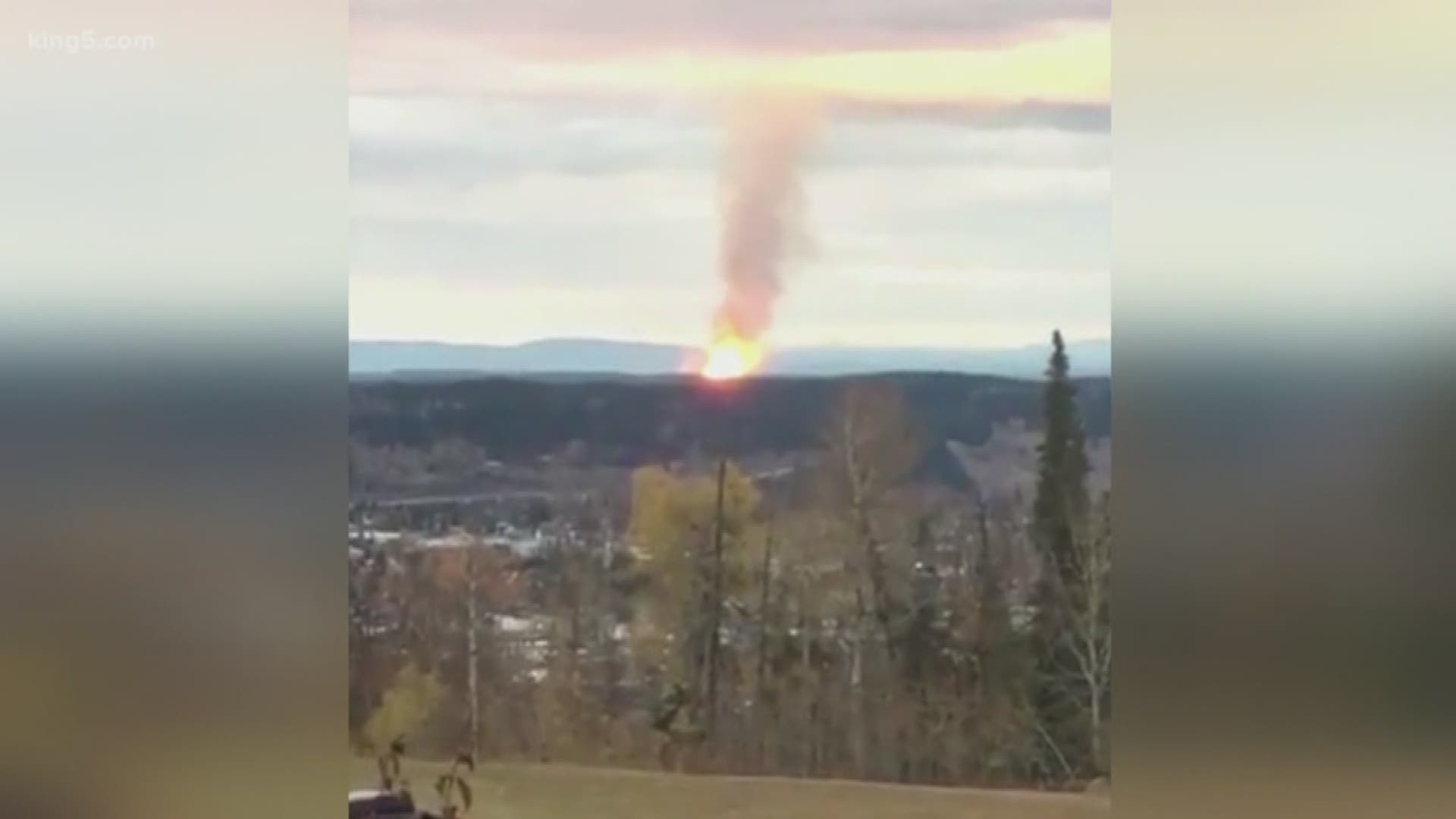 Puget Sound Energy says it can begin returning to normal operations now that the natural gas system has stabilized.

Puget Sound Energy asked customers to conserve natural gas and electricity after a pipeline ruptured in British Columbia, Canada Tuesday. The pipeline is the main supply route of natural gas to the Pacific Northwest. No injuries were reported in the explosion.

Waste Management canceled garbage collection on Thursday for most of King and Snohomish counties because their trucks run on compressed natural gas from PSE. Service will resume Friday, Oct. 12.

Puget Sound Energy says after they asked customers to conserve natural gas and electricity, usage dropped 15 percent. About two-thirds of all of the natural gas supply to the Puget Sound region was compromised, supply managers say, but has since been successfully stabilized.

Footage showed a ball of flames and smoke from the ruptured pipeline near Shelley, B.C., north of Prince George. The explosion and fire rocked the area around 6:30 Tuesday night.

Canadian energy company Enbridge says one of the two natural gas pipelines impacted is operational as of Thursday night. The 30-inch line was shut down when the one next to it ruptured. The line has since been tested and deemed fit for service at 80 percent of normal capacity.

Enbridge does not have an estimate for resuming transmission on the 36-inch line that ruptured on Tuesday.