While supporting the right to peaceably assemble and free speech, Senator Steve O'Ban says Seattle should never have allowed the occupation of the East Precinct. 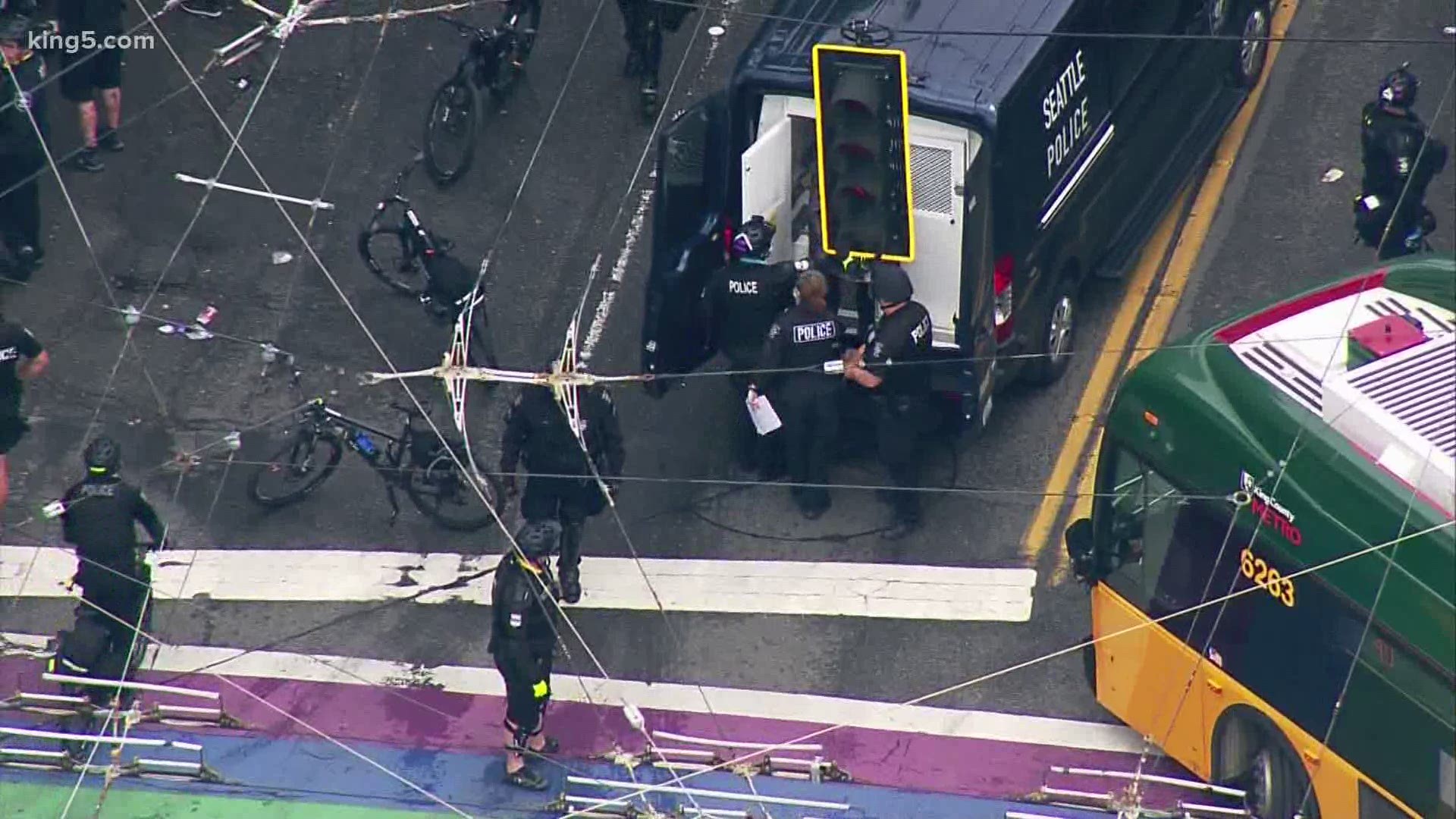 “I fully support the constitutional rights to peaceably assemble and of free speech, especially to correct decades of injustice and unfairness,” Senator O’Ban said. “But that does not mean the Mayor and Seattle City leadership should have allowed, encouraged, supported, and even celebrated the establishment of the so-called autonomous zone and occupation of the East Precinct and streets, sidewalks and parks in Capital Hill.”

The legislation would prohibit cities in Washington state from withholding police, fire, and other services from a neighborhood or community in its jurisdiction.

The City of Seattle chose to abandoned the East Precinct on Capitol Hill after a number clashes between protesters and police around the time of the George Floyd protests.

Police Chief Carmen Best said the precinct was closed after the city caved to "severe public pressure." Seattle Mayor Jenny Durkan said she made the call to remove barriers that had been setup around the precinct.

“Occupants of CHAZ have had varied and shifting demands,” O’Ban said. “But the one demand that had remained unchanged was their refusal to allow law enforcement to timely perform their vital functions of protecting residents from violence, threats and property destruction.”

O'Ban announced the legislation the same day as Seattle police forced people out of CHOP and began disassembling the protest zone that began June 8 just outside the East Precinct. The precinct was evacuated on June 11.

Since June 8, two teenagers were killed and three other people were injured in shootings in or near CHOP. There were 65 reported offenses inside CHOP between June 8-30. Police said the offenses include aggravated assault, larceny-theft, rape, and two homicides. There were a total of 37 offenses during that time in the same area in 2019, according to SPD.

“Why should state tax dollars send funds to the City of Seattle for services they refused to render?” O’Ban said. “My bill will prohibit cities from taking taxpayer money intended to protect citizens, and then not protect citizens.”

The legislation would also withhold state funding if cities allow autonomous zones, impose fines of up to $10,000 per day, and allow residents to sue for damages caused by withholding police and other services.