Protests for racial justice continue for the 9th night in Seattle

Saturday marks the 9th day of protests in western Washington over the death of George Floyd, a black man killed while in Minneapolis police custody. 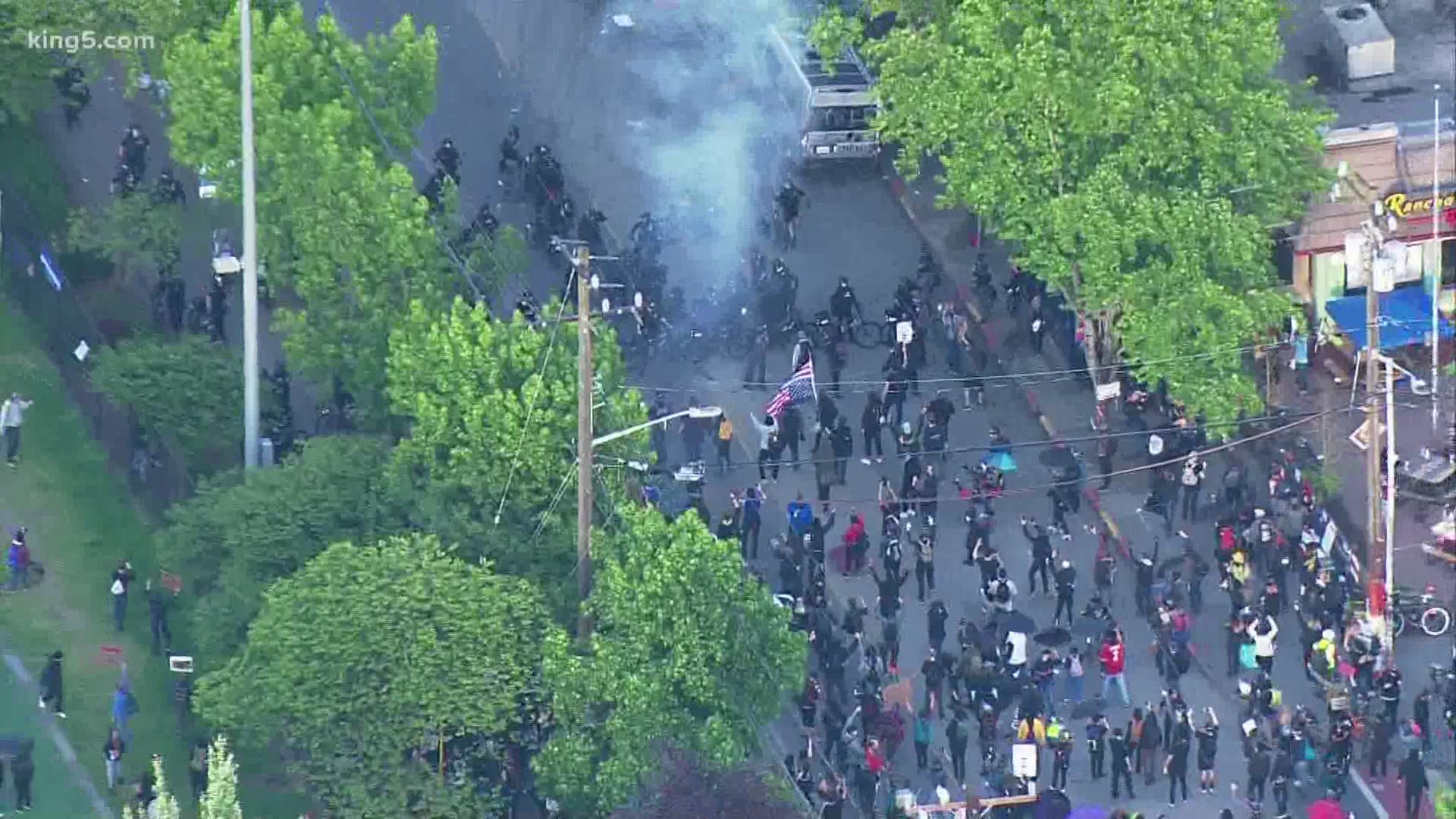 SEATTLE — A peaceful protest in Seattle's Capitol Hill neighborhood near Cal Anderson Park turned tense at about 7:30 p.m. Saturday after police ordered the crowd to move back behind a barrier.

Police could be heard over loudspeakers giving verbal commands to the crowd several times to move back. From the view from SkyKING it appeared protesters began throwing things at police officers around 7:30 p.m. and police then deployed flashbangs and pepper spray on the crowd.

Seattle police tweeted pictures of the items they called "improvised explosives" that were thrown at them and injured "several officers." In the tweet, Seattle police said the crowd was trying to move barricades at 11th and Pine Streets against police's commands to stop, which is what triggered the confrontation. 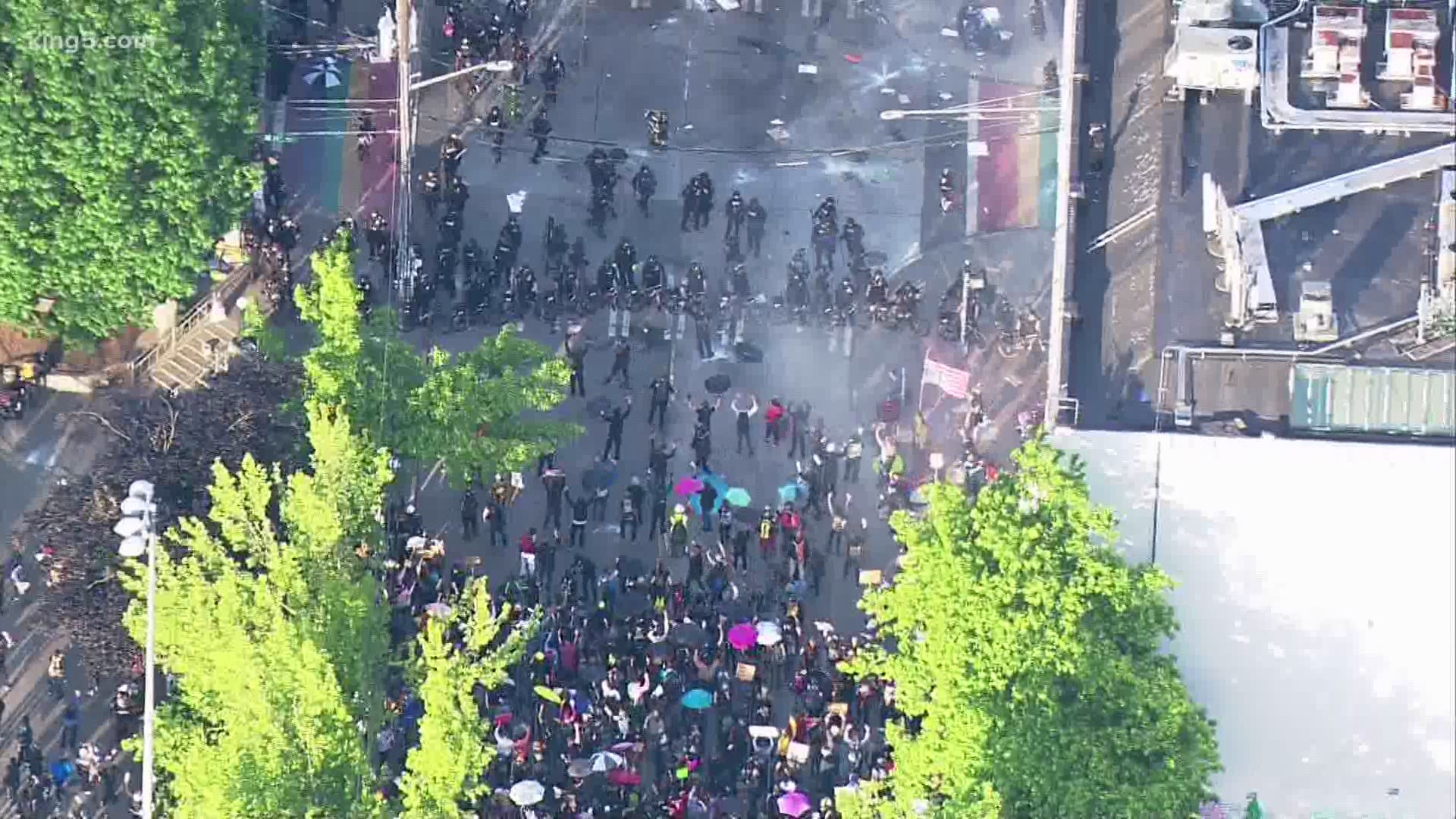 The clash comes as Saturday marks the 9th day of protests in western Washington over the death of George Floyd, a black man killed while in Minneapolis police custody.

Here is a view from the protest earlier in the afternoon:

Earlier on Saturday, thousands of healthcare workers marched through Seattle to show their support for the Black Lives Matter movement.

The event was called #WhiteCoatsForBlack Lives.

Doctors, nurses, and other healthcare professionals marched from Harborview Medical Center to Seattle City Hall on Saturday. The marchers passed by the Seattle Police Department downtown and had peaceful interactions with officers.

“The demonstration today was very peaceful, people were respectful, people were keeping space," said one healthcare worker participating in the march. "There were people that had hand sanitizer everywhere, offering it up. I think it’s an important health concern but we were doing our best to try and stay as safe as possible and this issue is important and it needs to be addressed and talked about and publicized.”

It appeared most of the participants were wearing face masks while protesting.