Armed men and Confederate flags were seen in the city of Snohomish, interrupting the peaceful demonstrations held in response to the death of George Floyd. 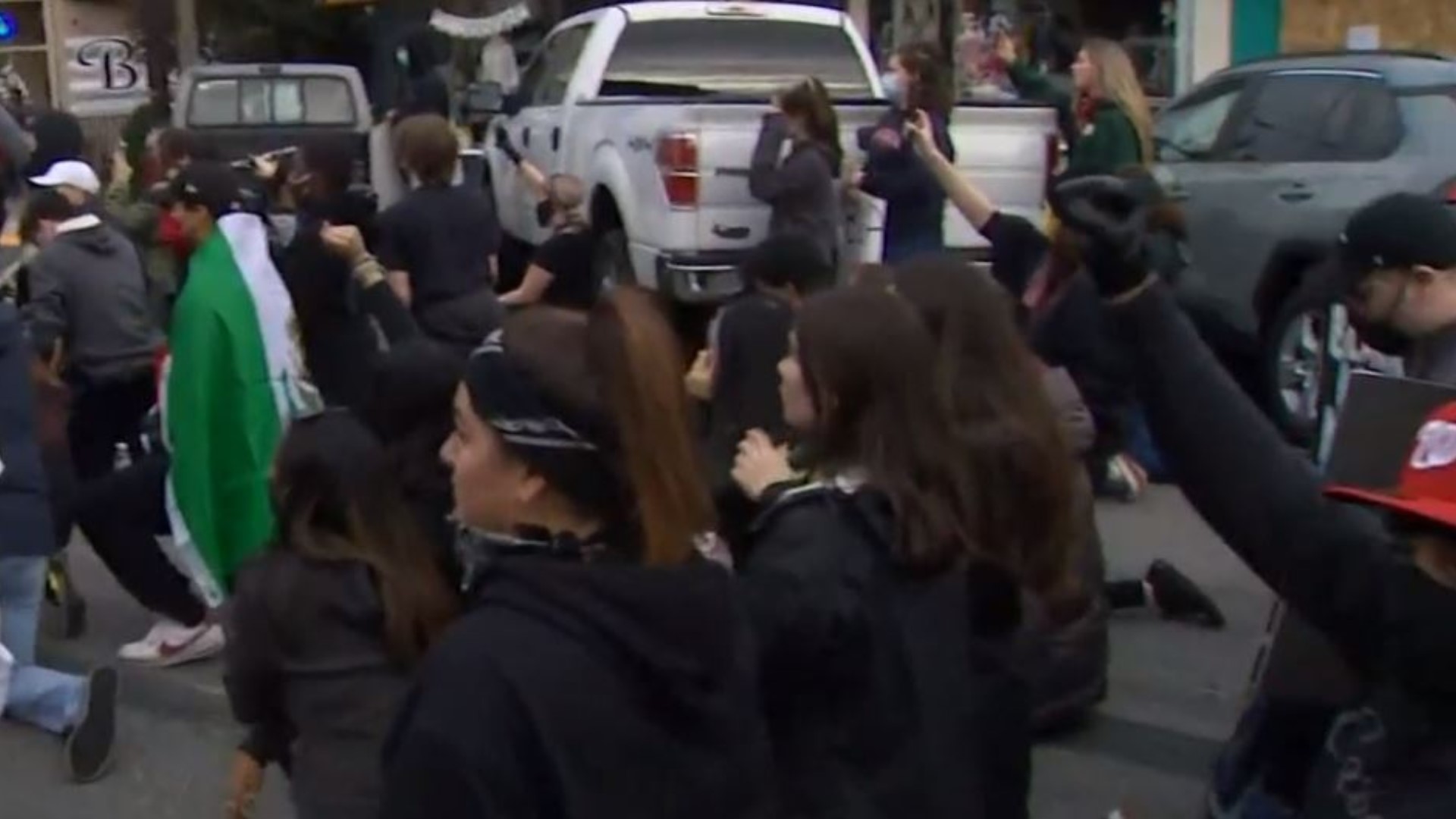 SNOHOMISH, Wash — With well-kept rows of antique shops lining its historic streets, the city of Snohomish is about as far from downtown Seattle as you can get.

It has been no stranger, though, to the protests that have descended upon that city.

While the demonstrations in Snohomish were almost completely non-violent, there have been other disturbing factors at work in recent days.

"I just saw someone get punched and before you know it, I had two, three people choking me," said Julien Crawford.

Crawford was born and raised in Snohomish. He was one of the peaceful protesters in the city's downtown strip Monday night when in an instant, things got ugly.

Facebook video captured the moment a brawl broke out on a crowded sidewalk when a man appeared to go after one of the protesters, throwing punches.

Crawford got taken down in the fight, as another man tried to break them up.

"They hate me," he says. "I can't even walk peacefully. They hate me. They hate everything I stand for and that hurts."

Tensions have been high in town since demonstrations started over the weekend.

Peaceful protests were countered by armed men and Confederate flags.

Chants of "Black Lives Matter" were met with profanity and shouts of "all lives matter."

Snohomish County courts confirmed one man was arrested for a hate crime after an alleged attack on a mixed-race woman whose arm was injured when she was hit by his car.

The Snohomish County Sheriff said there were credible threats of potential looting, but none of that ever materialized.

Some saw the show of force by heavily armed men as a show of intimidation.

She has lived in this community for a decade and concedes there is an "undercurrent of racism."

She believes it's up to everyone to push back.

Crawford says protesters will fight that undercurrent by continuing to make waves in the streets of Snohomish and beyond.

"I am very, very worried. My mom is worried. Everybody's moms are worried. But we're stuck because we don't know what else to do."

On Tuesday night, demonstrators returned to the streets of downtown Snohomish. They were met once again by a loosely-knit group of heavily armed men.

At one point, one of those men, named John Archambeault, addressed demonstrators with an assault-style rifle strapped across his chest. He said, "We support you. We just want you to be safe, we want you to be peaceful. We don't want any vandalism or graffiti."

After his remarks, a protester handed him a Black Lives Matter sign, which Archambeault accepted and said he would place on the side of his truck.