Citizens armed with rifles have been protecting property during George Floyd protests in Snohomish this week, but some protesters worry it's a recipe for disaster. 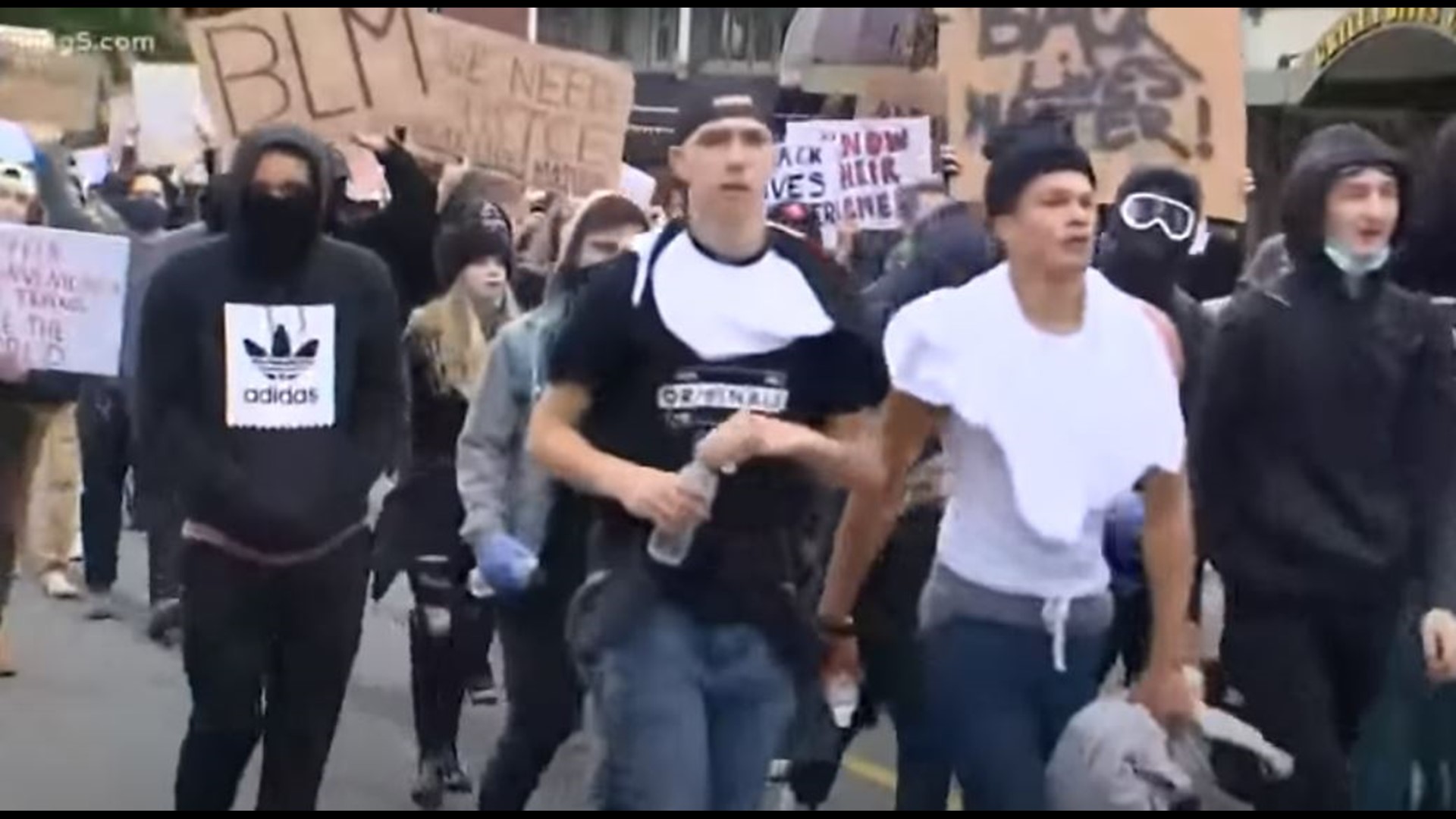 SNOHOMISH, Wash. — The town of Snohomish has been drawing attention during the recent protests over the death of George Floyd in Minneapolis because of armed citizens patrolling its streets. The people patrolling say they're there to protect people and property, but some protesters worry it's a recipe for disaster.

With yet another protest planned in the city of Snohomish on Wednesday, parents of young demonstrators gathered to talk about these tense times.

Jeff Gray is a father of three and doesn't like what he has seen in city over the past few days.

"It can escalate," he said, "and then something happens by accident and then it can get really violent."

For the third day in a row on Tuesday, peaceful protesters in Snohomish were met by armed men, who were peaceful as well but certainly imposing.

State Rep. Robert Sutherland was among them over the weekend.

A weekend protest in town did see some racist elements including confederate flags and white supremacists flashing hand signals on social media.

A tweet allegedly sent by an Antifa group warned of looting in the city, but many now believe that tweet came from a fake account set up by white supremacists to stir up trouble. There was no looting or other damage reported.

"Just like the peaceful protesters can't help being taken over by violent factions of Antifa we cant help when factions of white supremacist groups show up and start hanging out with us," countered Sutherland. "They have a right to be here, too, but if see them we will surround them and tell them they're not welcome."

One promising sign in the midst of all the discord came on Tuesday when protesters, an armed man, and his rifle all came together in agreement as he addressed demonstrators.

"I'm here to tell you 99.9% of us support you 100%. All we ask is please no destruction, leave the town clean. Make it a positive thing that's what we're here to do right?" said the armed man.

The crowd cheered with approval and continued peacefully down the street.