The deputy says the suspect was resisting during the May 28 arrest. A previous sheriff had fired the deputy, but he was reinstated this year by Sheriff Adam Fortney. 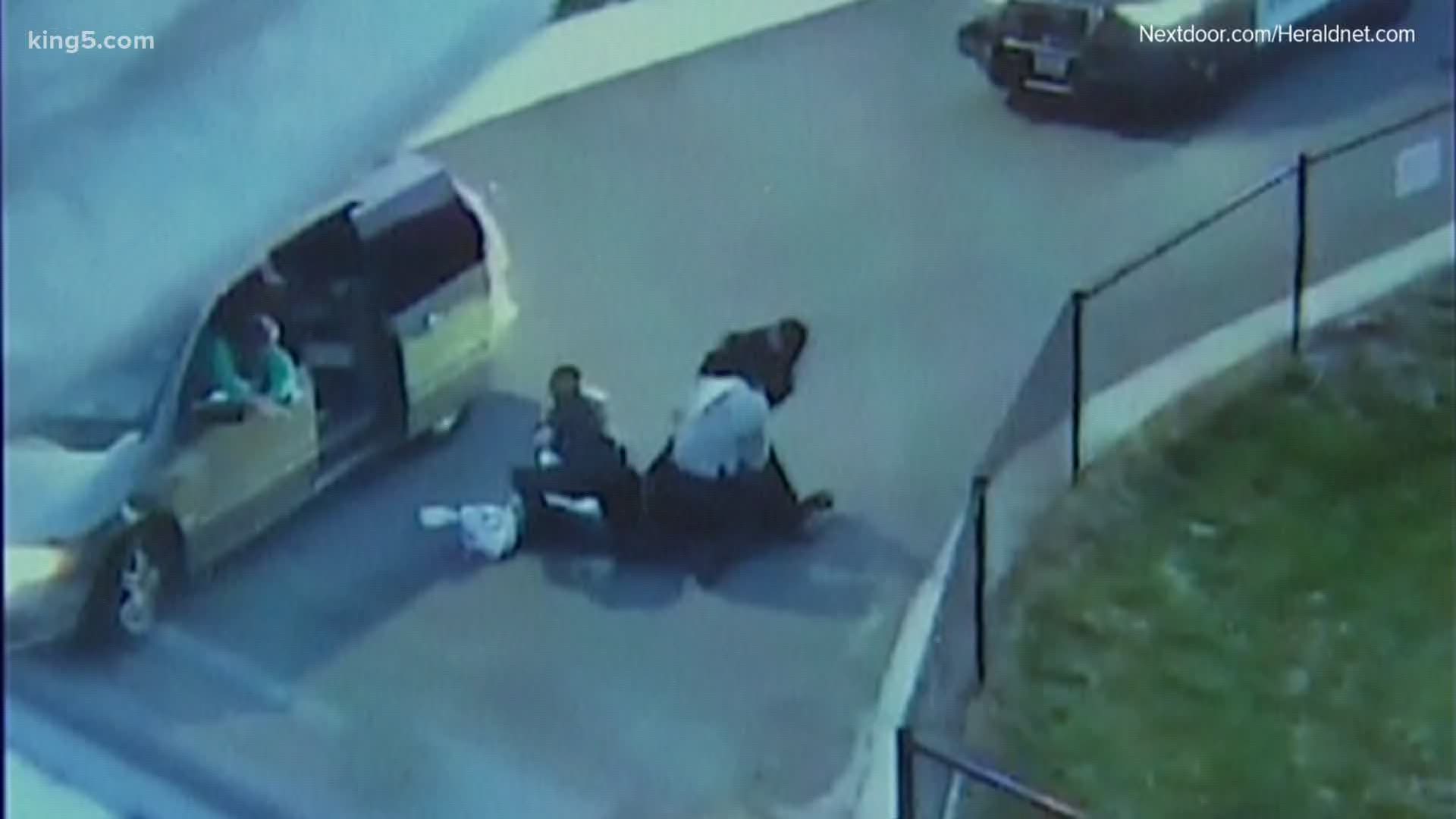 SNOHOMISH COUNTY, Wash. — Cell phone video, initially posted on Nextdoor.com and shared with KING 5 by Everett's HeraldNet.com, shows a Snohomish County deputy pulling a man from a van and putting him on the ground.

As the deputy struggles to handcuff the man, he's seen punching the man repeatedly. The video of the May 28 arrest shows at least 10 strikes.

The deputy was identified as Evan Twedt. Twedt was fired last year by former Sheriff Ty Trenary after allegedly taking part in a warrantless search of a car. He was reinstated earlier this year by current sheriff Adam Fortney.

The video comes to light as dozens gathered outside the Snohomish County Sheriff's Office Monday, demanding police reform and the defunding of the department in the wake of the killing of George Floyd in Minnesota.

Floyd's death, as well as the police killings of Breonna Taylor in Kentucky and Manuel Ellis in Tacoma earlier this year, have been the focal point of protests nationwide for the last two weeks.

In records obtained by KING 5 News, the deputy admits to "delivering a few close hand strikes" and then "another set" as the suspect yells that he isn't resisting and has COVID-19.

Sheriff's office spokesperson Courtney O'Keefe says the deputy indicated he was being clawed by the suspect during the takedown, and that the hits were to the suspect's hand.

"It's impossible to see from that video what's going on with the suspect's hands, so the information is from the deputy's report and he states that the suspect is digging his nails into the deputy's skin," O'Keefe said.

Indeed, Twedt's report states the suspect had "long fingernails" and the deputy could feel them digging into his bare skin.

The incident started May 28 at the Mill Pointe apartments near Mill Creek with deputies searching for the suspect in relation to a domestic violence call. He was found hiding under a blanket in the back of his girlfriend's van, according to investigators.

The suspect was known to police and believed to be dangerous.

He was ultimately taken into custody for domestic violence, possession of a stolen vehicle, hit and run as well as for several warrants.

O'Keefe says the intense public scrutiny of police makes it difficult for them to do their job.

"We're on the public's team," she says. "We're here to protect them. We're being watched very closely right now, and we always should be, but it's a hard time right now for law enforcement."

The use of force incident is under investigation by the deputy's supervisor. He remains on the job.