Seattle police and parks crews did a large-scale sweep of Cal Anderson Park on Tuesday. Officers recovered weapons, shields, and an unexploded mortar. 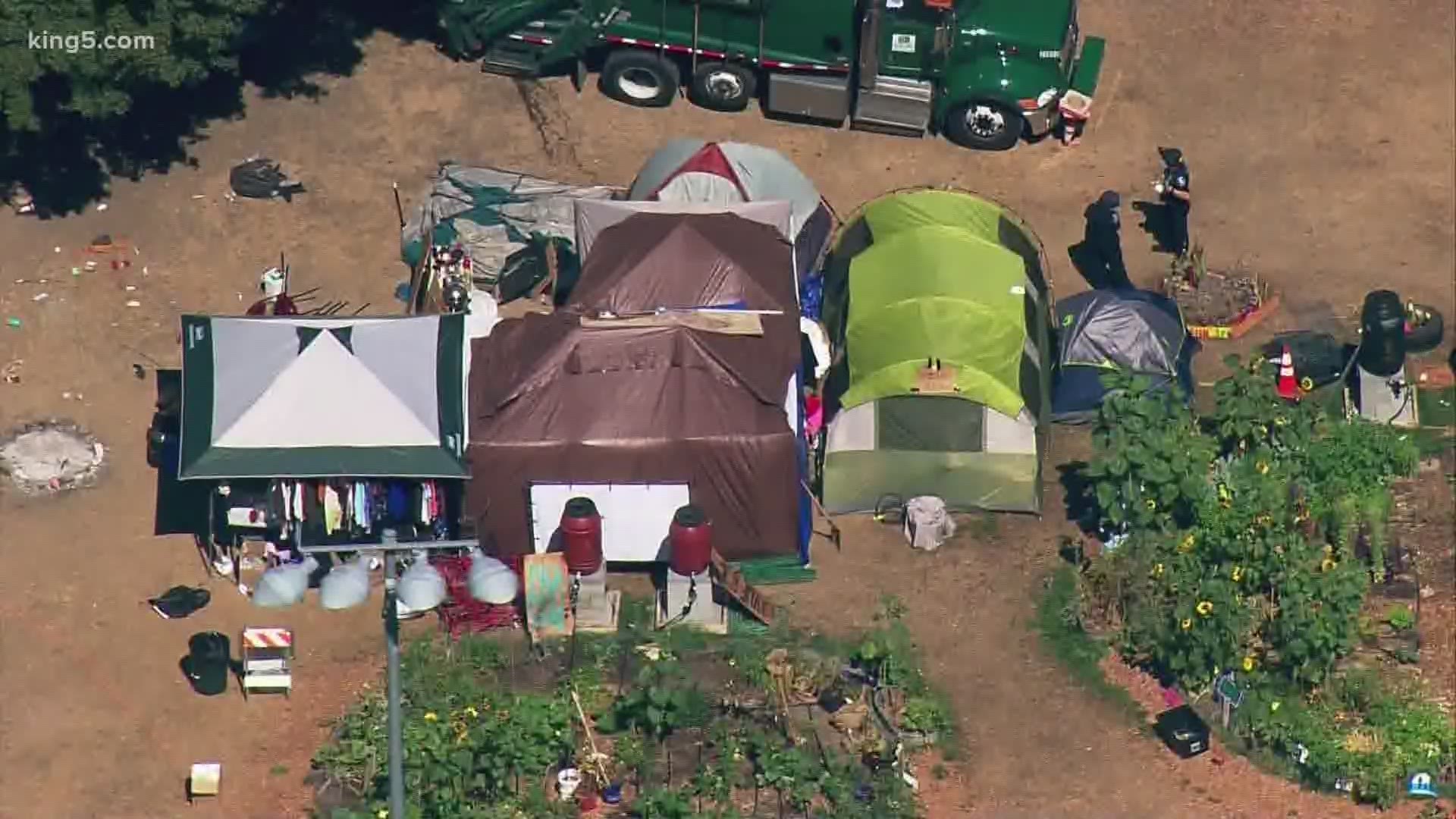 Officers recovered weapons and shields during the sweep. According to the Seattle Police Blotter, "Officers obtained a warrant to search the tent and recovered a machete, hatchet, homemade spike strips, an unexploded mortar, and multiple makeshift shields."

No arrests were made in connection to the recovered evidence, but Seattle police said the investigation is ongoing.

Cal Anderson Park was part of the area known as the Capitol Hill Organized Protest zone, or CHOP, and the city says it’s been closed to the public since the end of June.

Parks and Rec crews and Seattle Police we’re met with dozens of protesters who accused them of forcefully displacing many who’ve called this area home.

#Seattle Parks doing a massive clean up of #CalAndersonPark. @SeattlePD assisting. Keeping public out of park. “Navigation team” on site too. @KING5Seattle pic.twitter.com/rw3D3nU3pn

Police were seen getting physical with protesters as they tried to keep the crowd off the park. At least two people were taken to the ground and arrested in the confrontation.

Aerial footage showed Seattle Police forming a perimeter around Seattle Parks crews that included large dump trucks that were used to throw away property left behind.

The city implied that Tuesday’s clean-up was a long time in the making.

“Seattle Parks and Recreation staff address damage and repairs needed from the ongoing protests,” a city spokesperson said in a written statement. The city said the fire department received 22 calls to 911 in August regarding illegal fires, but due to safety, fire crew haven’t been able to respond.

“Residents living nearby have reported breathing issues as a consequence of smoke from the illegal fires and the types of items burned. Due to firefighter safety and access issues, firefighters have been unable to safely respond to extinguish the illegal burns,” the statement continued.

Also on site during the clean-up was the police department’s ‘Navigation Team. The city said they’ve made contact with more than 50 people who appear to live in the park, and referred more than a dozen to shelters for housing.