Continuing coverage of the protests in Seattle in response to police brutality and racial justice. 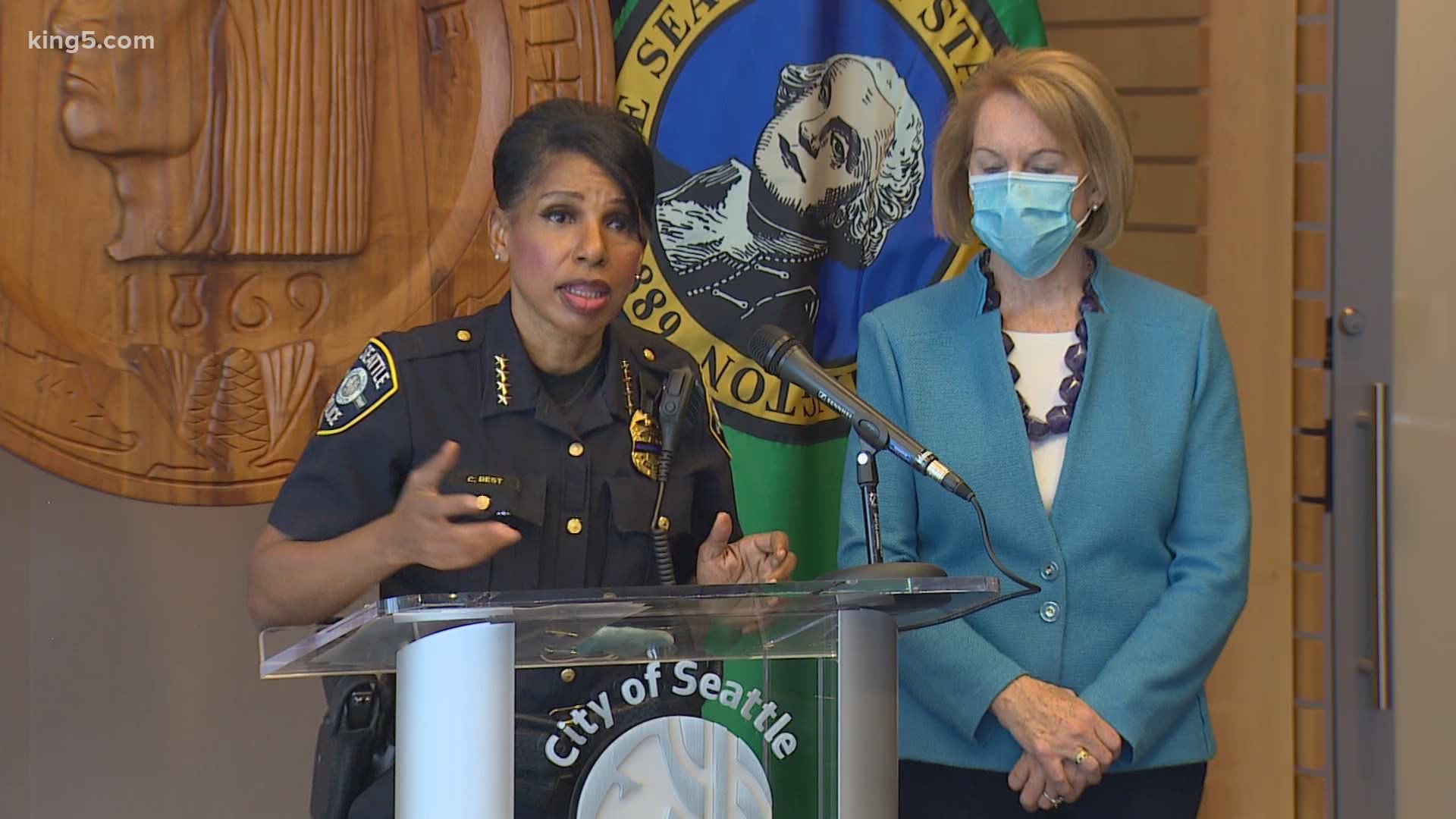 Protests continue in Seattle and throughout the country in response to police brutality and racial justice over the death of George Floyd, a black man killed in Minneapolis police custody.

Below are updates for Thursday, June 11:

Mayor Jenny Durkan sharply criticized President Donald Trump and spoke on the ongoing protests in Capitol Hill, referring to its long history as a space for social activism.

“One of the things this president will never understand is that listening to community is not a weakness, it is a strength,” she said.

She said despite the president's tweets, there's is no imminent threat of an invasion.

Durkan also spoke to the city's racial equity efforts, including looking at the allocation of funds.

“We will not wait for a change in Washington (DC) for Seattle to act. I know we have a lot of work to do, trust was broken, and it must be rebuilt,” she said.

Police Chief Carmen Best made the case that the police department should return its operations to the East Precinct. Best said on the first day since the officers left, the police response times in the neighborhood were over 15 minutes.

“If that is your mother, your sister, your cousin, your neighbor’s kid who is being raped, robbed, assaulted and otherwise victimized, you’re not going to want to have to report that it took police three times longer to get there to provide services to them,” she said.

Best also said that law enforcement should be open to reform, because of a history of injustices, especially against minorities.

"We have to acknowledge that history, a long history of abuses," Best said. "That doesn’t mean that we can’t continue to evolve and change and do better."

Durkan said any return to the East Precinct will be made carefully, so as not to revert to the situation that had escalated between police and protesters before.

Best said that while there have been rumors and reports on social media regarding threats made to business owners or other people, that no has come forward to the Seattle Police Department to report that this happened to them.

On one of the first nights of protests in Seattle over the death of George Floyd several police vehicles were set on fire in the middle of downtown.

On Thursday, the Department of Justice announced a 25-year-old Tacoma woman was arrested for allegedly setting those parked cars on fire during the protests on May 30.

Seattle police said they are looking to reopen a precinct in the city’s Capitol Hill neighborhood that was shuttered during ongoing George Floyd protests.

Over the weekend officers used tear gas to disperse demonstrators in the area after they say they were assaulted with projectiles.

Nollette said police want to discuss reopening the precinct and noted officers are responding to 911 calls in the area.

Gov. Jay Inslee said he was not made aware of what protesters are calling an "Autonomous Zone" in Seattle's Capitol Hill neighborhood.

Inslee said two-thirds of the National Guard deployed to Washington protests were demobilizing as of Tuesday. He says a complete demobilization is expected soon.

A felony assault charge was filed against 31-year-old Nikolas Alexander Fernandez after a shooting during Seattle protests on June 7.