Chief Carmen Best met with protesters in an effort to find some common ground after several marches ended in violent clashes between police and demonstrators. 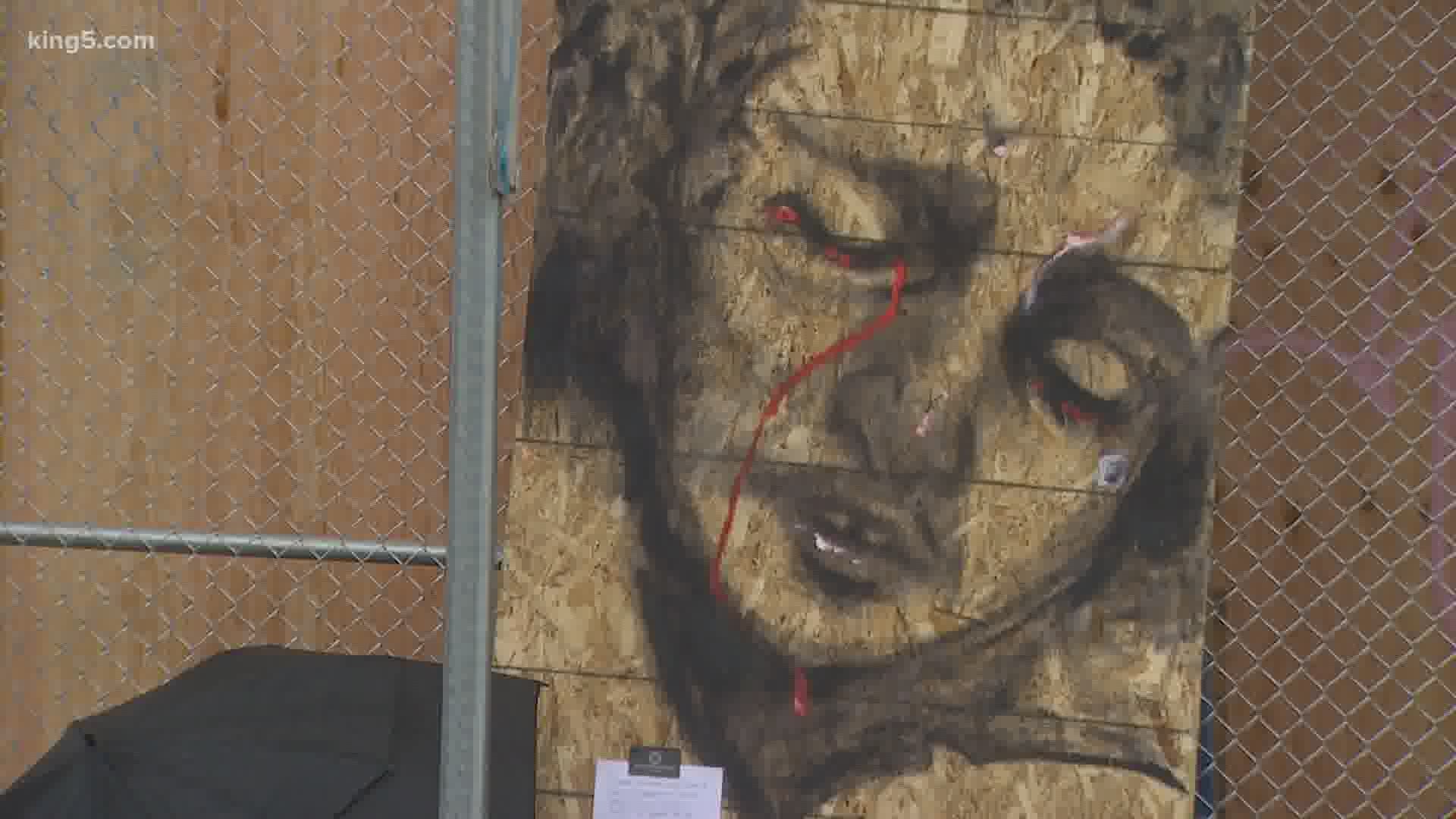 At a boarded up East Precinct, the sign out front that used to read Seattle Police Department has been painted over and now says "Seattle People Department." Nearby, the words "Defund SPD" and "Cop Free Zone" are spray-painted on buildings.

Chief Carmen Best arrived at 12th and Pine on Tuesday morning in an effort to find some resolution with protesters.

The street which had been closed was reopened by Seattle police on Monday so protesters could march. However, police say protesters have now blocked off streets, and tents have been set up in front of the East Precinct.

Raz Simone is one of the protesters.

"The message is people over property, and my message is honestly a message of eradication of complacency," said Simone.

Simone and other protesters who are pushing for change met with Best who talked about the path forward.

"How we can keep people safe, first of all, but also how we might find some resolution," Best asked Simone.

Hundreds of residents live on the block that is also home to a number of businesses.

"I heard some people say they were in support of SPD, but after this week they lost hope and they were angry," Simone told Best. "I think a lot of the conversations you guys might want to have will be with the residents."

"I think you are right. I am actually going to go around and talk to the residents about what they are feeling and what they saw. I agree that people felt traumatized in many ways," Best said.

Other protesters surrounded Best asking questions about the use of tear gas in the early morning hours on Monday, three days after after she announced a 30-day ban. Best had said at the announcement that only the SWAT team could deploy it as a way to protect life and end standoff situations.

"I want to know, what was the initial objective to stopping our march in the first place," a protester asked.

At 12:18 a.m. on Monday, a SPD tweet stated the use of CS gas was authorized noting.

"The officers are taking heavy projectiles, coming from the crowd," the tweet read.

The tweet also referenced an incident earlier in the day when a man drove his car toward the crowd, and shot and wounded a protester near 11th and Pine.

The events that happened early on Monday morning are still a focal point for protesters.

"For moving forward, if we do decide to have another march or another big congregation of thousands of people, will we be met with the same type of offensive tactics," Simone asked Best.

Best says she wants to meet peace with peace.

"When I look at you, I see my own family member. Right in your face," said Best, who is the first black woman to serve as Seattle's chief of police. "It is time for us to have dialogue and have change and I am all for it. I just can't be for any violent acts."

After Tuesday's meeting, Best said she wants protesters to express their rights.

"I think the minor things we disagree on is them blocking the street, the very thing people ask us not to do, they are doing," Best said.