Mayor Jenny Durkan said changes are being made to how police handle large-scale protests and their use of de-escalation techniques. 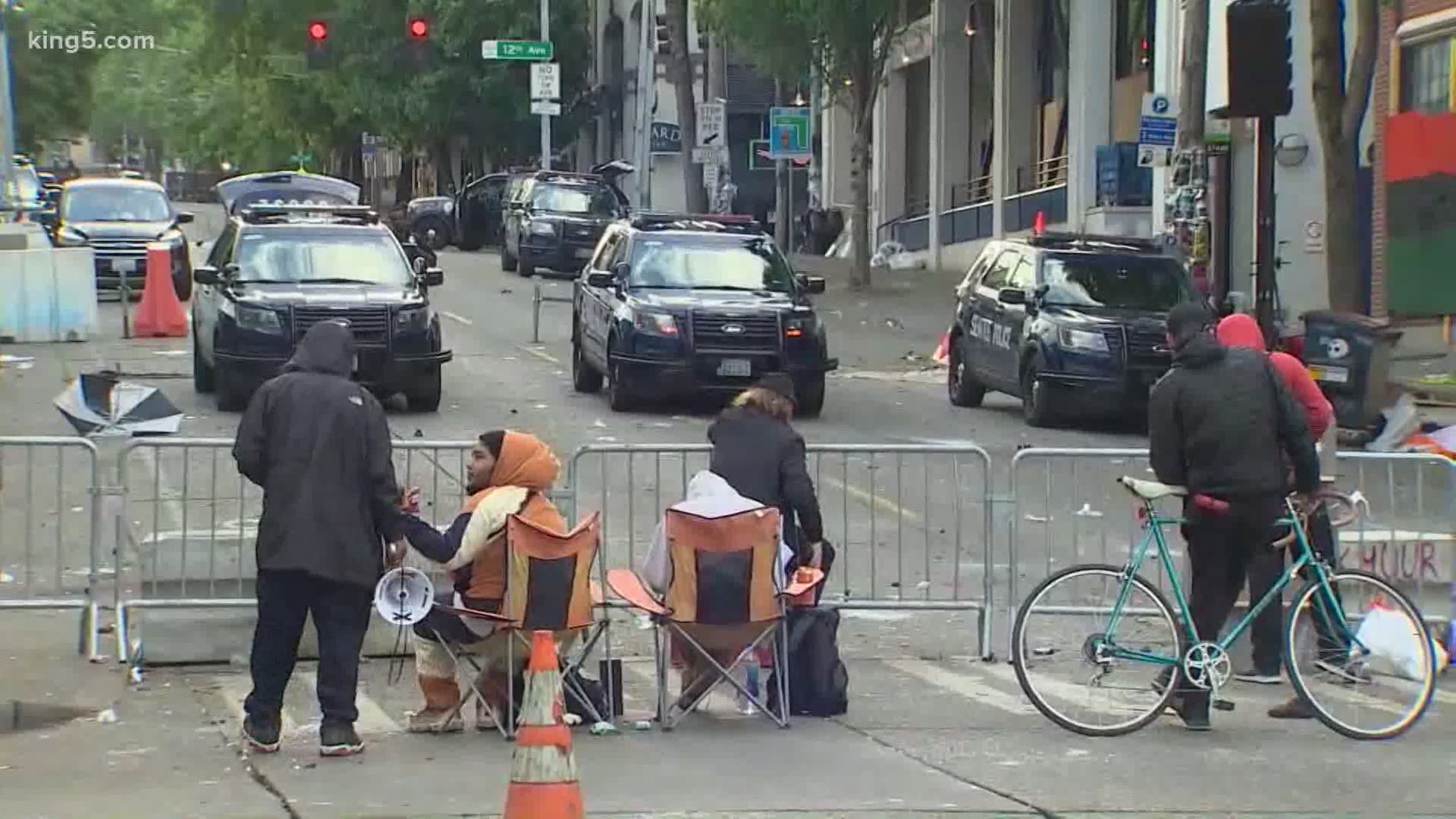 SEATTLE — Seattle Mayor Jenny Durkan said several policy changes are being made to hold police accountable and protect peaceful protesters after more than a week of confrontations in the city.

Citing an "incredibly painful week" of protests in Seattle and across the country over police brutality and racial justice after the death of George Floyd, Durkan outlined recommendations and changes to improve how the city handles protests.

"I do not pretend to have all the answers, but I am so grateful for the opportunity to learn, and grow, and be held accountable," Durkan wrote.

Immediate and long-term changes are being made following conversations city leaders have had with, according to Durkan, Black Lives Matter, Seattle - King County, Seattle Urban League, protest organizers, the Seattle Community Police Commission, faith leaders, and other community organizations.

Durkan's recommendations follow criticism from the community and city council over how police have handled the protests.

The department is trying to decrease the visibility of officers. Best previously said protesters feel as if it's militarized having officers out in full force and in uniform, and that having them less visible could minimize risks for both officers and protesters.

Sawant introduces bill to ban use of chemicals

As city leaders work to make policy changes, Councilmember Kshama Sawant is working to end use of chemicals and other crowd control measures, including banning police from using chokeholds.

The legislation would band Seattle officers and other law enforcement agencies working with police from using any chemicals, including tear gas, mace, and peppery spray. It would also ban things such as rubber bullets, bean bags, blast balls, water cannons, and more.

Sawant's legislation will be introduced during the city council meeting on Monday, according to her office.