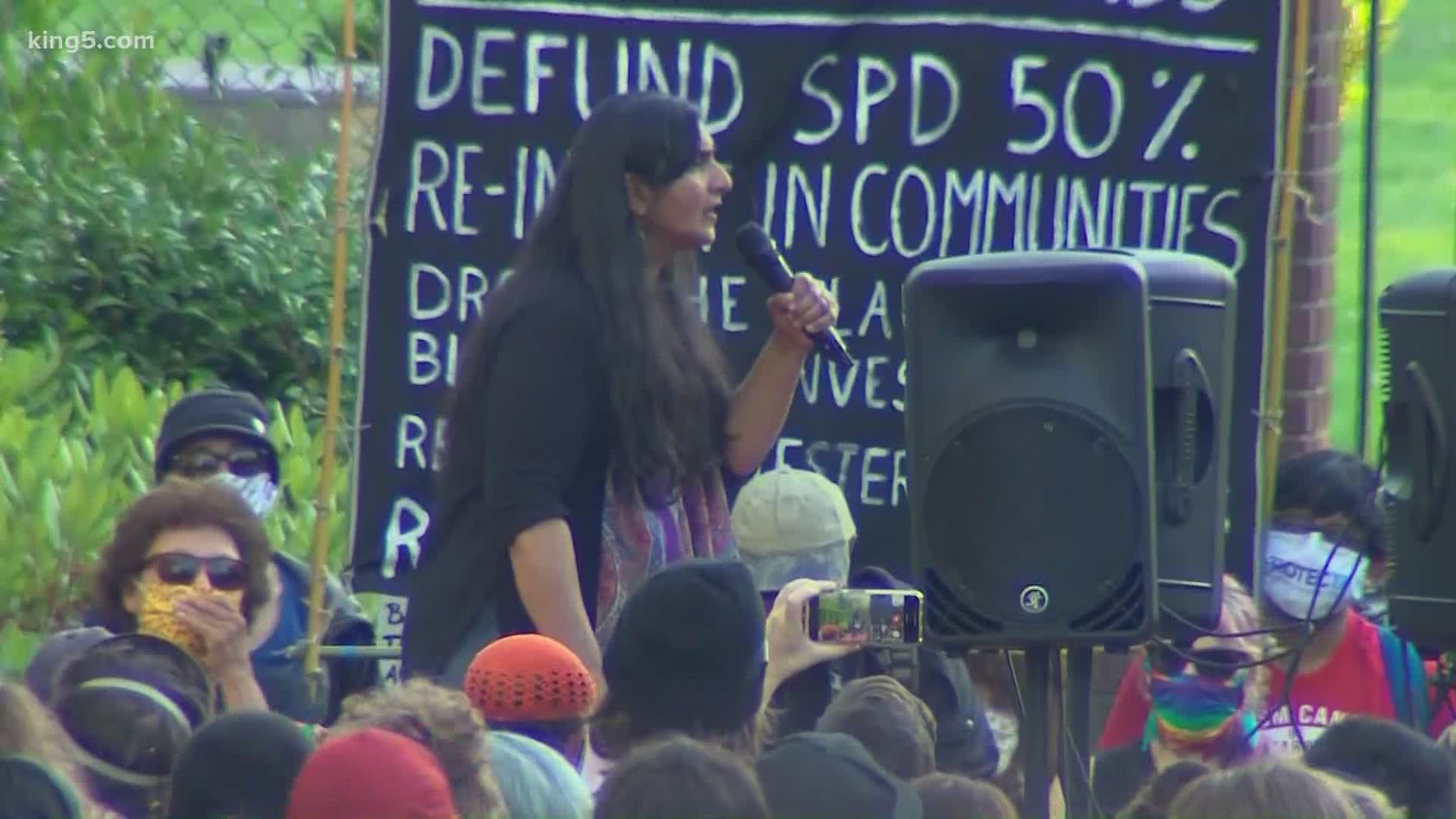 SEATTLE — Seattle Mayor Jenny Durkan asked the city council to investigate one of its own for potentially using their position in violation of law or endangering others.

In a letter sent Tuesday to Council President M. Lorena Gonzalez, Durkan says the council can choose to ignore Sawant's actions, "but I think that undermines public confidence in our institutions."

According to Durkan's letter, Sawant may have delegated decisions regarding hiring and termination of city employees to an outside political organization. Documents that were uncovered, according to the letter, show the National Executive Committee and the Seattle Executive Committee of the Socialist Alternative party had authority over staffing for Sawant's office. At least one person was allegedly fired as a result, according to the letter.

Sawant may have also used her official office and equipment to promote and raise money for a ballot initiative and failed to comply with public disclosure of all funds raised and spent, according to the letter. Though this is being investigated by the Ethics and Elections Commission, Durkan requests the council investigate as well.

Additionally, Durkan alleges that Sawant used her official position to give hundreds of people access to City Hall when it was closed to the public due to the coronavirus pandemic, putting "the safety of individuals and city workers at risk."

On June 28, Durkan alleges that Sawant used her position as a council member, "and possibly staff," to encourage rally attendees to "illegally 'occupy'" the East Precinct in Seattle's Capitol Hill neighborhood. She allegedly did so at a time when the city was working to dismantle the protest zone known as CHOP.

Finally, Sawant led a march to Durkan's home, "despite the fact that it was publicly known I was not there, and she and organizers knew that my address was protected under the state confidentiality program because of threats against me due largely to my work as U.S. attorney," the letter states.

Sawant said in a statement that the Socialist Alternative and her office were proud to have marched and rallied over the last few weeks demanding racial justice. She also accused Durkan of "utterly (failing) working people and communities of color."

"While her words are directed at me and my elected office, I don’t take it personally," Sawant said, in part, in a statement. "In reality, this is an attack on working people’s movements, and everything we are fighting for, by a corporate politician desperately looking to distract from her failures of leadership and politically bankrupt administration. Our movement will respond accordingly: we will fight with even greater unity and determination."