'Seattle has made a tragic mistake': Trump reacts to departure of Police Chief Carmen Best

President Trump said during a national press conference Tuesday that it was a shame Seattle Police Chief Carmen Best was leaving. 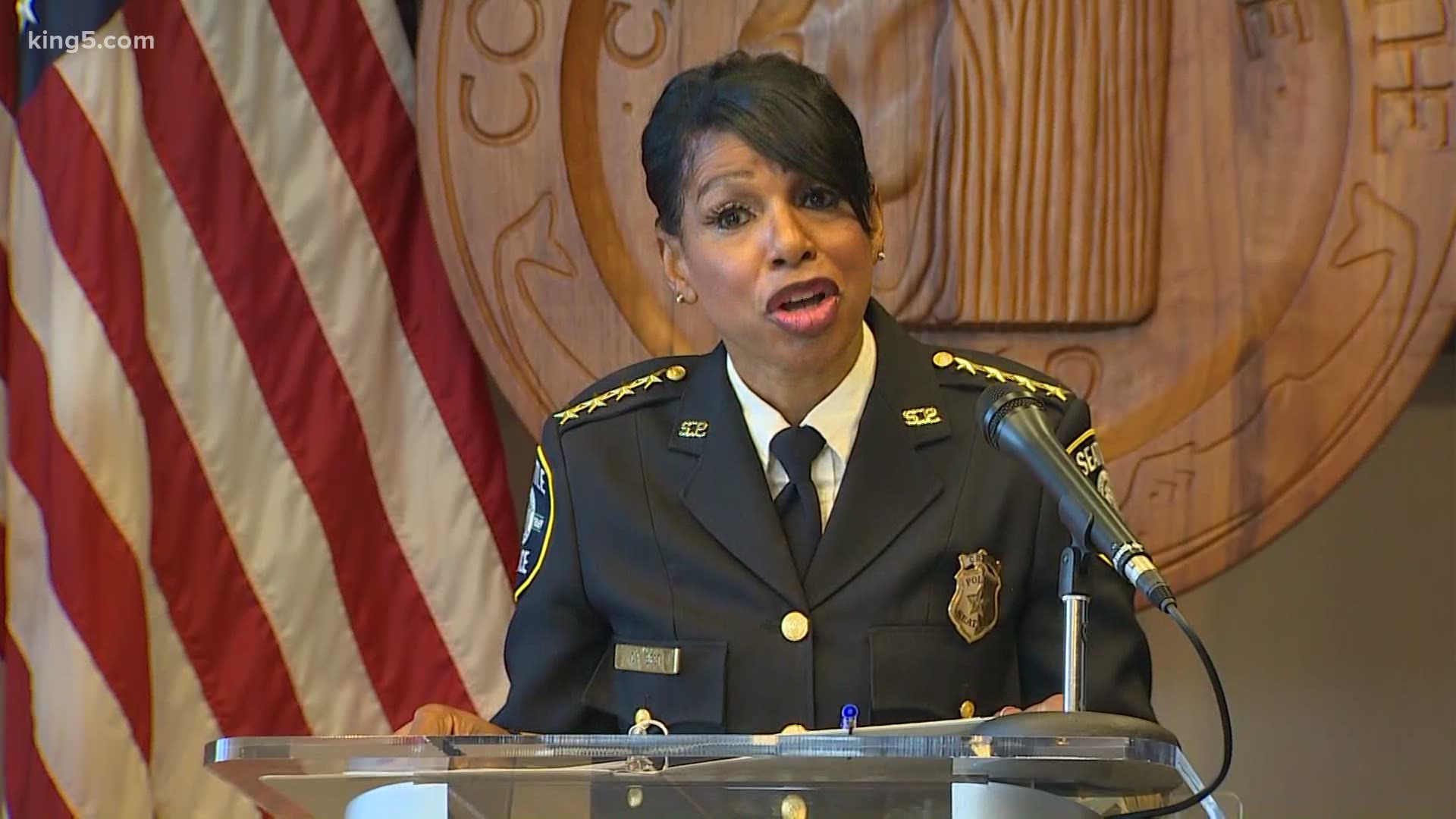 The departure of Seattle Police Chief Carmen Best sent shockwaves through the community and drew the attention of President Trump. Best's resignation is the latest shakeup during a tumultuous year for the department.

"I love this department, I love this city and I will always love being a Seattle Police Department officer," Best said during Tuesday's press conference.

News of Best's resignation came just hours after the Seattle City Council voted to trim around $3 million from the budget, which could eliminate up to 100 officers.

President Trump addressed Best's resignation during a press briefing from the White House on Tuesday. He was a vocal critic of the Capitol Hill Organized Protest (CHOP) zone that resulted in officers evacuating the East Precinct.

“I think Seattle has made a tragic mistake,” Trump said of Best's departure. He said the federal government would offer all available support to quell violence in cities that have voted to cut police budgets.

He called Best's resignation a shame. “I hate to see her go because she did, in her own way, a very good job. She wasn’t effective in convincing the mayor and the city council to give the funds that were needed,” Trump said.

Protesters that occupied CHOP were seeing a 50% cut to SPD's $400 million budget. The complex package that the council approved trims about $3 million and impacts several programs, such as Mounted Patrol and the Navigation Team, which works around homelessness.

Solan said a loss of funding will ultimately impact the people of Seattle.

“Everybody in our city needs to be concerned about how this public safety nightmare is going to visit them wherever they are. This is a serious issue and it’s going to take us years to get out of this hole.”

The group Black Lives Matter Seattle-King County issued a statement Tuesday on Best's retirement. They said she was forced out of her position, adding that her leaving does “nothing to further our fight for authentic police accountability and the safety of Black lives.” 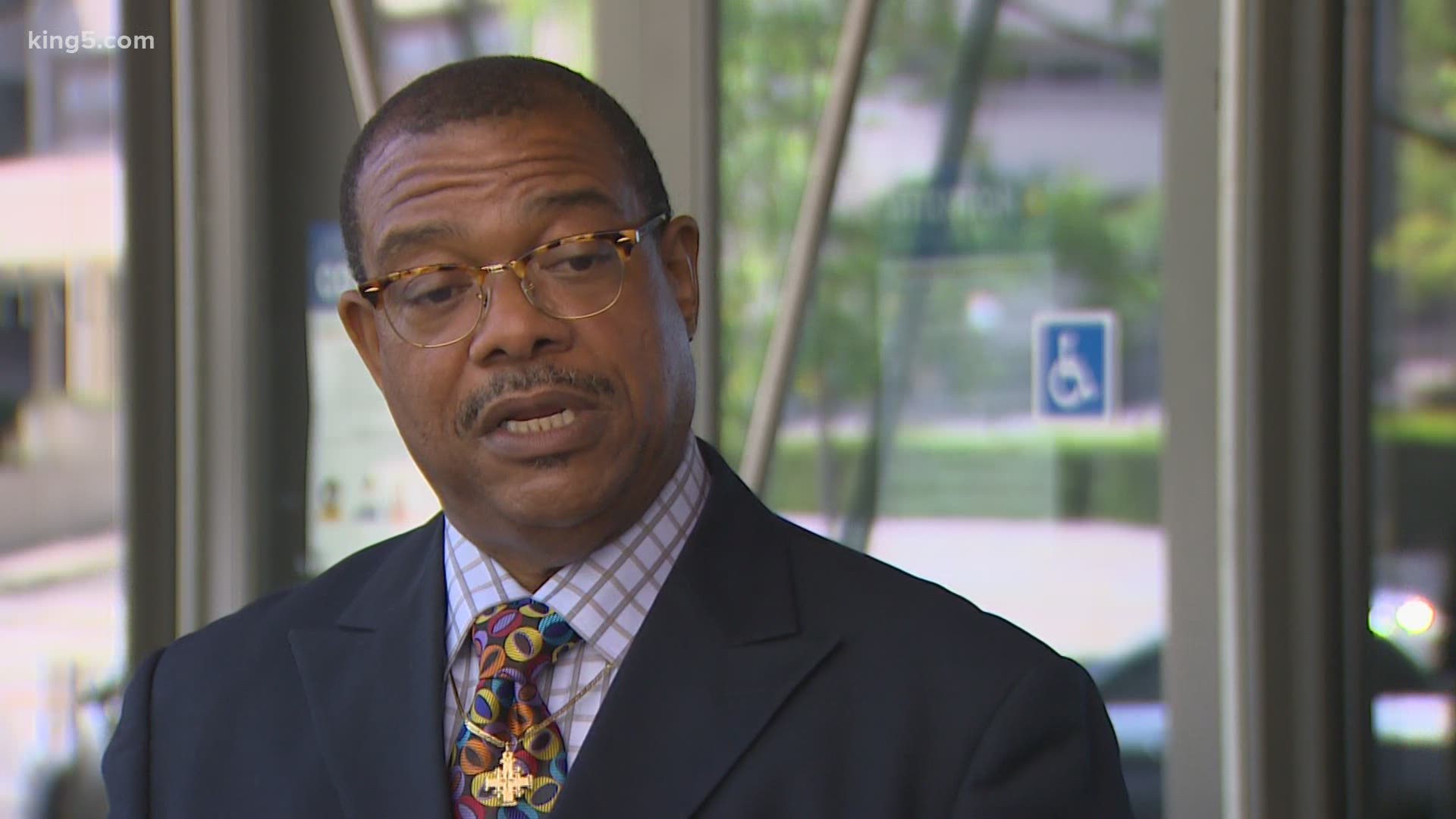 Community members and business leaders have expressed their concerns about Best's abrupt departure.

Victoria Beach is Chair of the African American Community Advisory Council, which works with Seattle police to address issues in the community.

"It is a huge loss," Beach said. "I mean, I think our community is in trouble. We are in big trouble without her."

Beach said that the SPD budget cuts and Best's departure are already having a ripple effect.

"The African American community is so divided. I mean, more divided than before," Beach said. "This is a city I am born and raised in and I love, and I'm ready to leave."

Jon Scholes, President and CEO of Downtown Seattle Association, said, "I think it's a shame that she's leaving her post, although I understand her frustration with the disrespect that she's been shown over the last several days."

Scholes said Best was someone who would listen and work to solve problems. 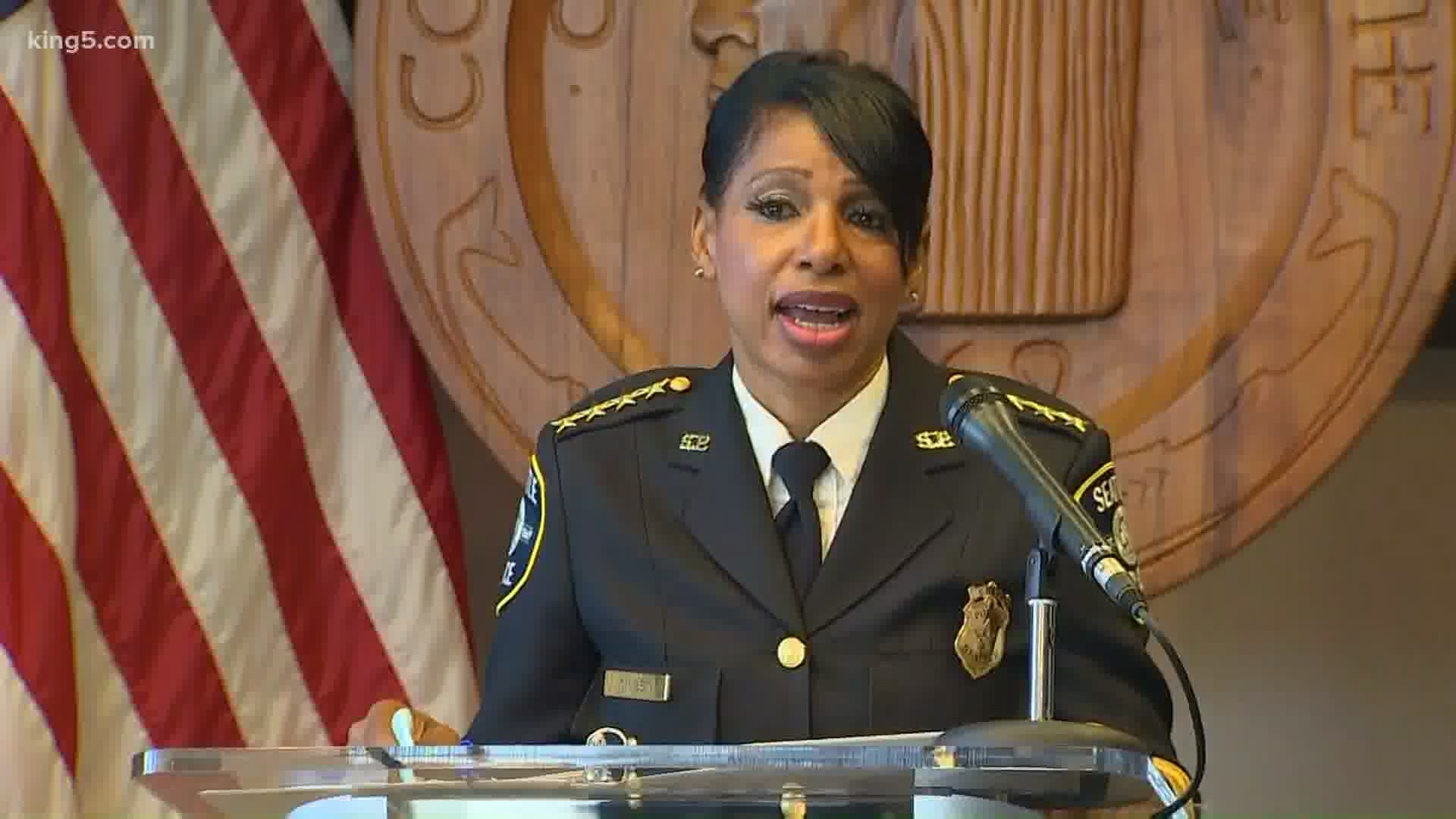