Seattle City Councilmember Kshama Sawant joined a large group of protesters outside the CHOP zone who marched to Durkan's house on Sunday afternoon. 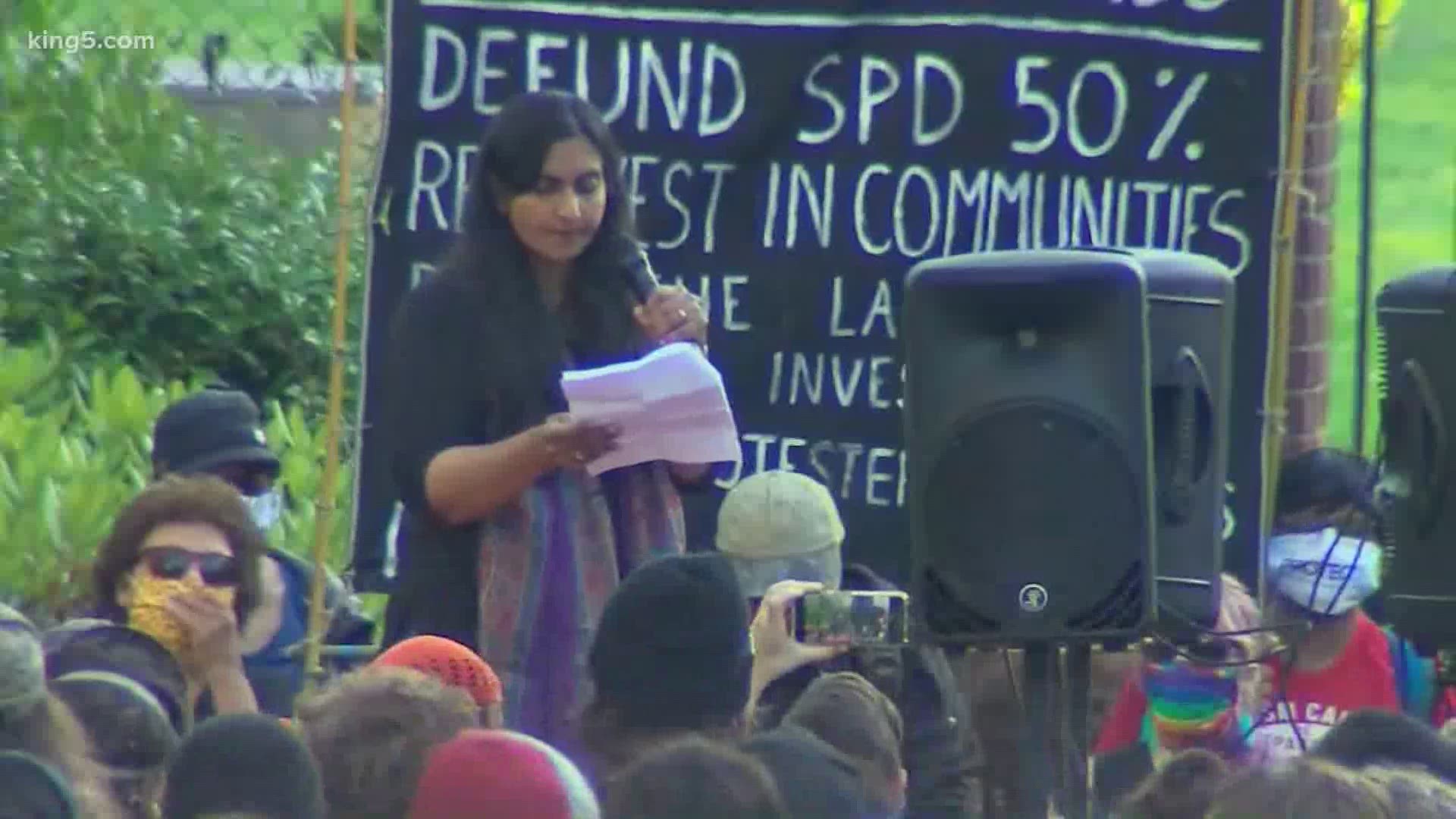 Seattle officials said barriers around the "Capitol Hill Organized Protest" zone (CHOP) would be dismantled on Sunday morning, but the scene remains intact as of Sunday night.

Durkan said last week that police will begin returning to the East Precinct in the CHOP, although a timeline wasn't provided.

Seattle City Councilmember Kshama Sawant joined a large group of protesters outside the CHOP zone who marched to Durkan's house on Sunday afternoon.

One of the demonstrators said, "We came down to Jenny Durkan's mansion to bring the demands of the movement and of the families who have been impacted by police violence to her doorstep as she seems to not be able to hear our demands any other way."

"Seattle has a long tradition of peaceful protest and advocacy for progressive change, and Mayor Durkan strongly supports those rights. Mayor Durkan will continue to listen to leaders in Seattle's Black community.  She is working hard to translate the calls for change into real, tangible systemic changes to policing and all the other systems needed for strong and healthy communities.  She has prioritized these as Mayor, with investments in housing, education, youth opportunity, and economic equity.  She proposes investing an additional $100 million into the Black community.

Mayor Durkan and her family are in the state program to keep their address confidential because of the death threats mostly related to her work as Seattle's U.S. Attorney under President Obama.  Instead of working to make true change, Councilmember Sawant continues to choose political stunts.  Tonight she did so without regard for the safety of the Mayor and her family. The Mayor was not even home - she was working at City Hall.  Seattle can and should peacefully demonstrate but should not put families and children at risk."