The council's 7-1 vote to cut Seattle police funding falls far short of the 50% cut many protesters were seeking. 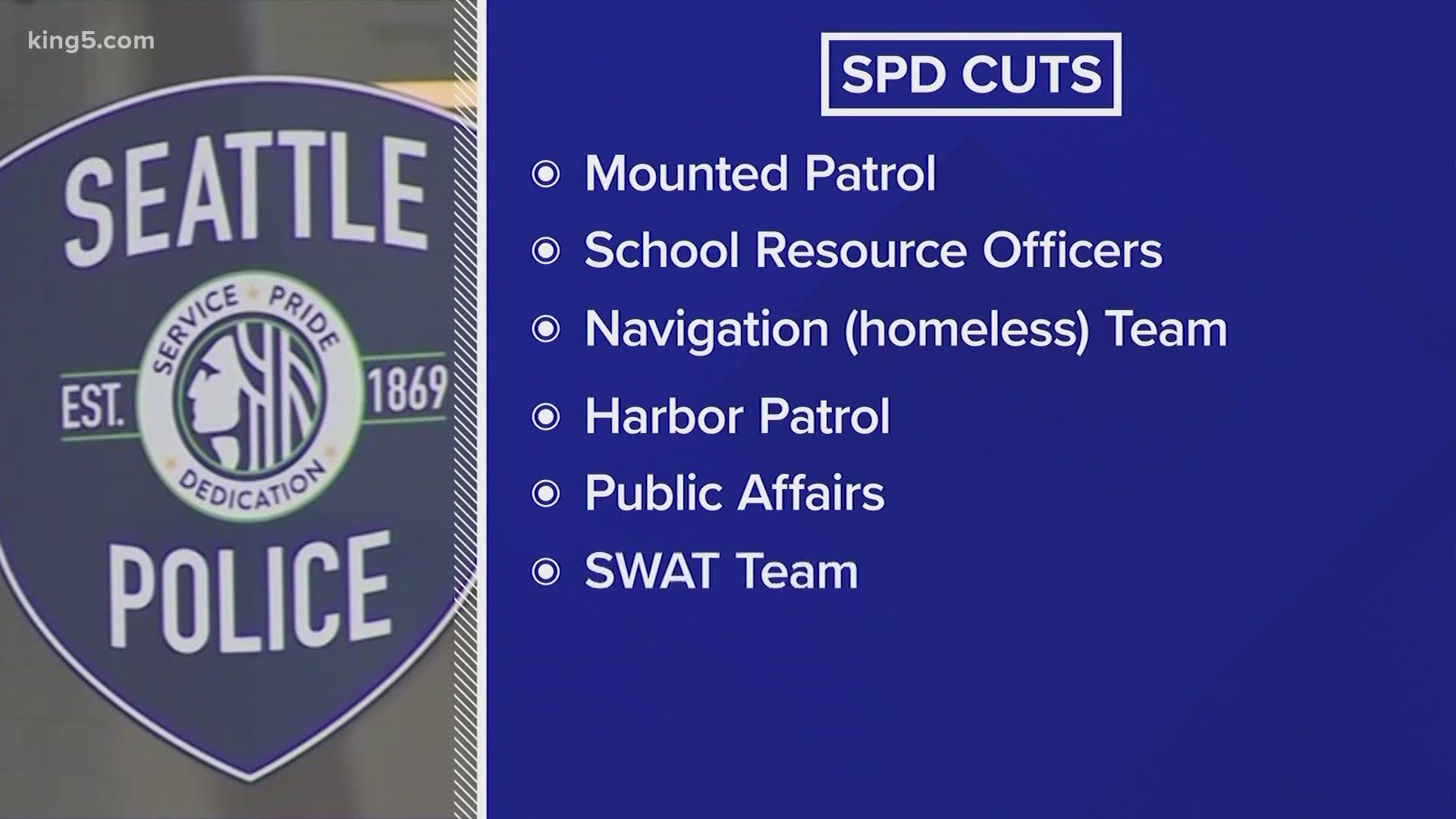 The Seattle City Council approved a complex budget package to cut spending for the Seattle Police Department. The vote was 7-1, with Councilmember Kshama Sawant as the only dissenting vote.

Budget measures approved Monday will trim about $3 million of the department’s $400 million annual budget this year. The cuts could reduce the police department by up to 100 officers through layoffs and attrition. Seattle has about 1,400 police officers and the reductions fall far short of the 50% cut to the department that many Black Lives Matter protesters were seeking.

Other programs affected by the vote include Mounted Patrol, School Resource Officers, Harbor Patrol and the Navigation Team, which works with the homeless.

"Mayor Durkan continues to have concerns with the City Council’s approach to cut Chief Best and her leadership team’s salaries and remove workers at the Human Services Department who are involved in outreach and engagement with people experiencing homelessness.

It is unfortunate Council has refused to engage in a collaborative process to work with the Mayor, Chief Best, and community members to develop a budget and policies that respond to community needs while accounting for – not just acknowledging – the significant labor and legal implications involved in transforming the Seattle Police Department."

Seattle Councilmember Lisa Herbold acknowledged she made an error in approving an amendment to slash Police Chief Carmen Best’s pay by six digits. Instead, it will drop from $294,000 to $275,000 in the coming year, by means of the last minute alteration. Otherwise, Best would have been paid significantly less than other departments heads and less than her predecessor.

Councilmember Andrew Lewis also presented a resolution outlining what he says could be a roadmap for changes to the department, including a public vote on a new potential “civilian-led Department of Community Safety & Violence Prevention” in 2021. It passed 8-0.

However, the package was met with immediate criticism from the Mayor’s office, other city departments, and the Seattle Police Officers Guild.

“He’s completely going back on his campaign promise,” said Solan in an interview Monday. He said the quieter part of the city’s population was heard in the process for reform.

However, changes to the Navigation Team, and elimination of trained police officers leaves other departments nervous.

“The staff layoffs that you propose are an irresponsible response to the COVID-19 crisis as they render the Navigation Team obsolete, which adversely impacts not only the ten City employees at the Human Services Department but also the welfare of all City residents,” wrote Human Services Interim Director Jason Johnson in an email to the Council.

The Downtown Seattle Association added, in a statement, “In defunding SPD, the council moved with speed and pettiness rather than with precision and thoughtfulness. Decisions critical to public safety require stating the desired results and working with the community to figure out how to get there. This Council focused largely on an abstract  pledge and not a concrete plan--which is why the federal judge charged with overseeing the consent decree has expressed his strong concerns.” 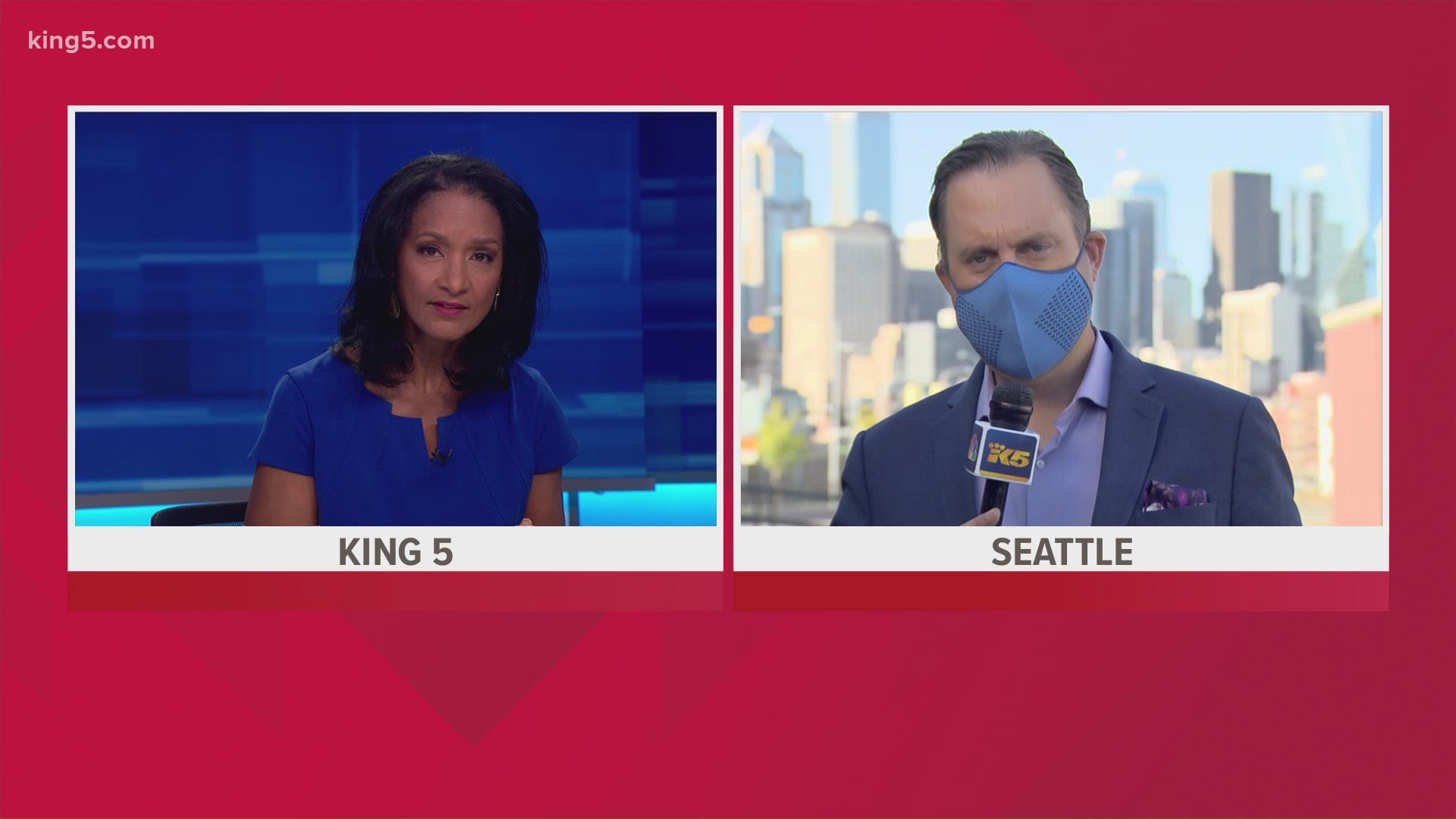 Councilmember Sawant shared a statement after voting against the complex package of budget cuts. She had previously pushed for much larger cuts to police spending. Her statement said, in part:

“Today I voted against what is euphemistically called the City Council’s ‘Balancing Package’ to the 2020 budget, because the only balancing that is happening is on the backs of working people, especially in Black and Brown communities.

This budget fails because it cuts tens of millions of dollars from the essential work of the city across departments like parks, roads, and libraries, rather than increase the Amazon tax on the wealthiest in our city in order to eliminate the need for austerity.

This budget fails to address the systemic racism of policing, trimming only $3 million from the bloated department’s remaining 2020 budget of $170 million just weeks after 6 of the 8 other Councilmembers publicly declared they would support defunding SPD by 50 percent, as our Peoples Budget and the Justice for George Floyd movement have demanded."