The city council is expected to make a final decision on the Seattle Police Department budget this week. 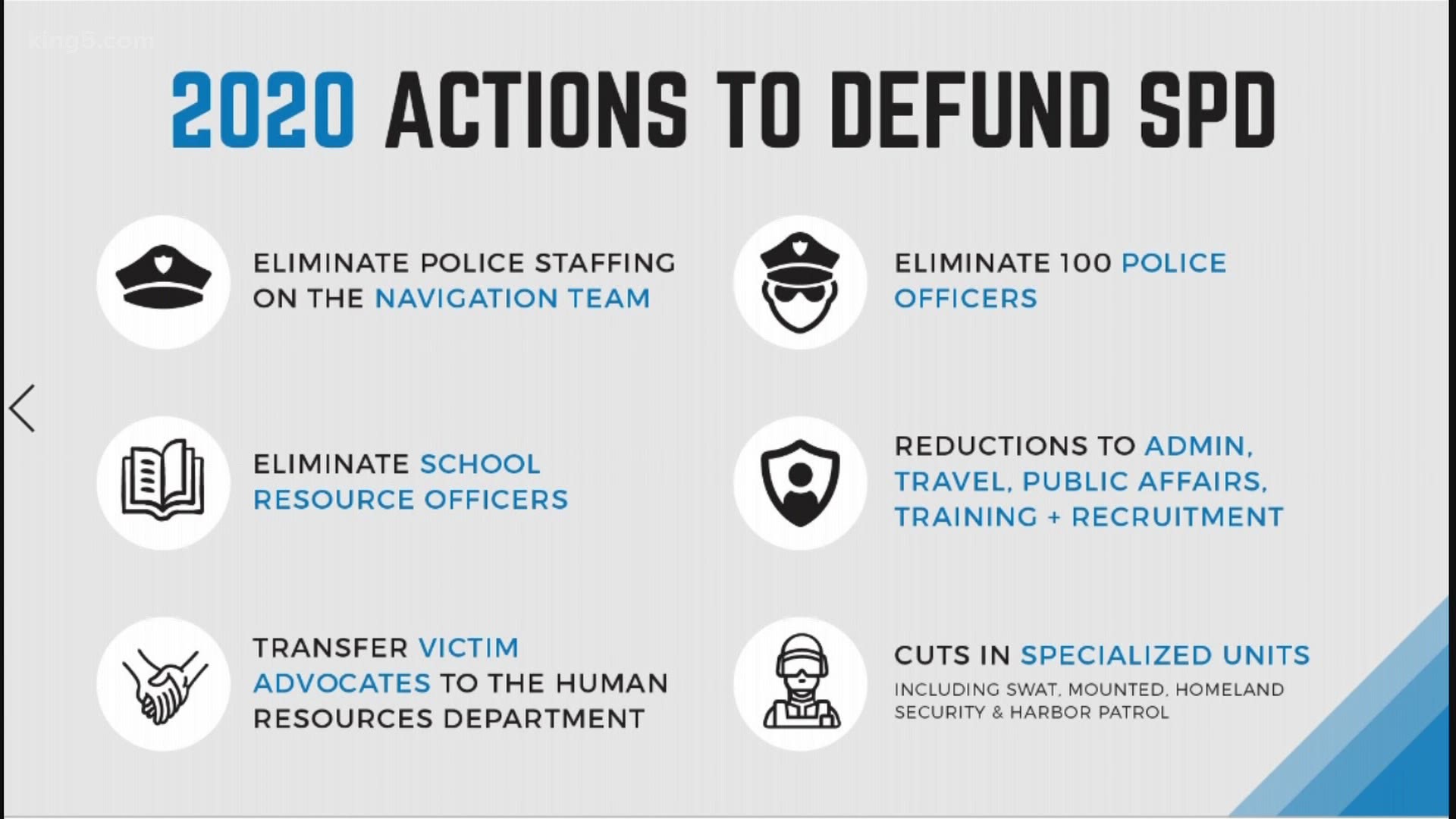 Seattle council members last week in a unanimous preliminary vote approved a series of legislative amendments aimed at cutting the police department budget, including eliminating funding for 100 officers through layoffs and attrition.

The council has a budget meeting at 10 a.m. Monday and full council meeting that could potentially include a final vote at 2 p.m.

Part of the council's position includes about $3 million in cuts for Seattle police this year. Other aspects of the budget proposal include redistributing funds to community services and reducing the force.

At least seven of the nine Seattle City Council members previously support a 50% cut to the police department's budget.

Seattle Mayor Jenny Durkan and Police Chief Carmen Best opposed the budget changes. Best and Durkan said they have identified $76 million in cuts to the 2021 budget. For the 2020 budget, they've identified $20 million which can be cut -- 10% of the remaining budget.

"Council has proposed cutting a hundred officers this year and the resolution indicated maybe 100 or 200 more next year. I don't think you can provide the level of public safety you need in Seattle by just cutting those numbers," Durkan previously said.

Council President Lorena Gonzalez previously said the mayor is trying to paint a that the council is " is interested in eliminating diverse recruits and that those would be the first to go, but the mayor’s assertion that there is no way to avoid laying off diverse recruits is simply untrue.”

The council is asking that the Chief Best request authorization to layoff officers in a different order. The mayor and chief have said there could be legal challenges with that.

Reduced funding for police has been pushed by demonstrators in Seattle and other cities across the U.S. following George Floyd’s killing while in police custody in Minneapolis.

Demonstrators gathered in Seattle Sunday afternoon prior to the vote. Hundreds of people, including pro-police supporters and counter-protesters, assembled across from City Hall. The demonstrations remained mostly peaceful.