Seattle police said someone jumped a fence and set a fire next to the East Precinct during a protest Monday night. 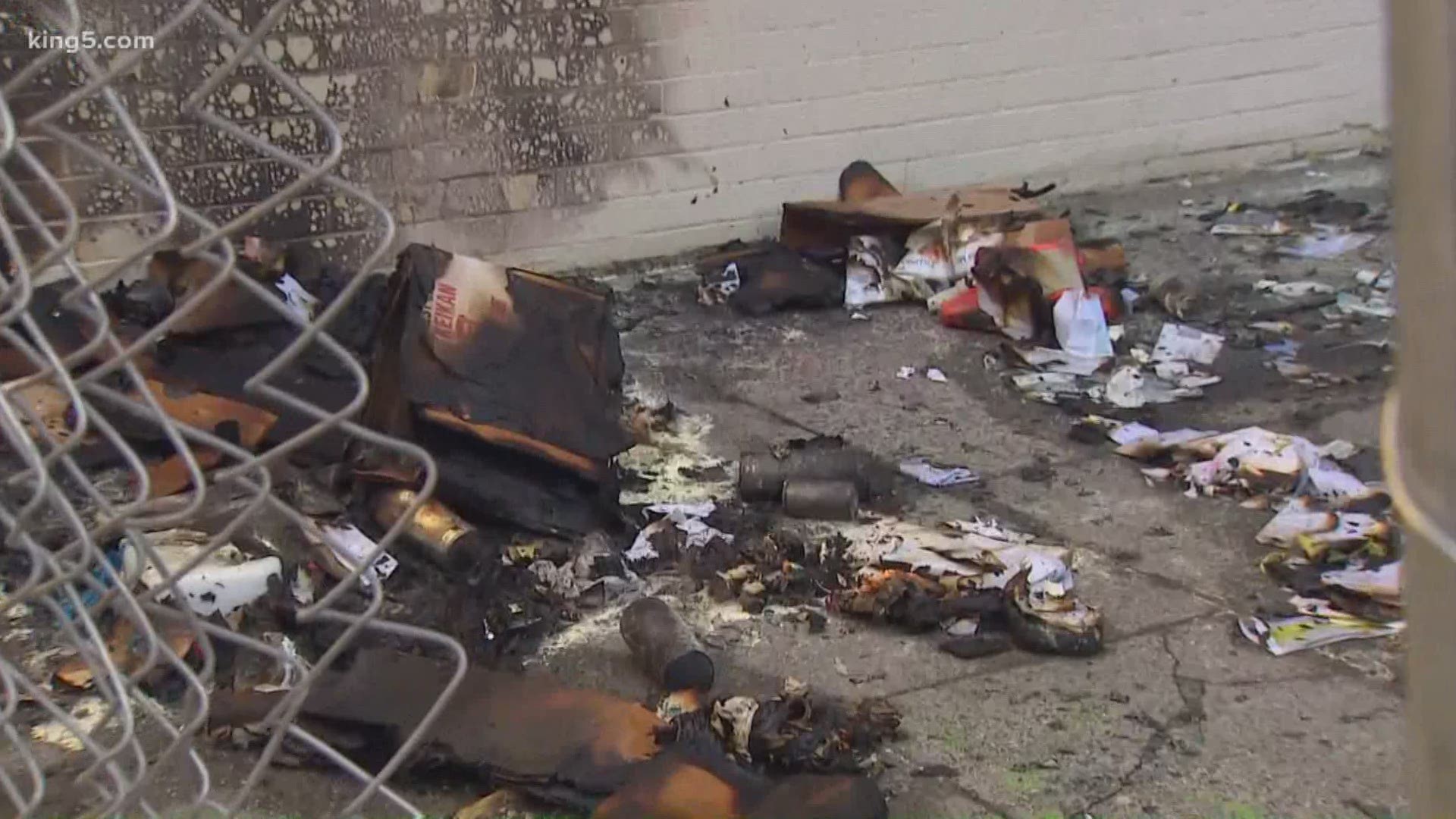 SEATTLE — One person was arrested after multiple fires were set during a protest in Seattle's Capitol Hill neighborhood Monday night, police said.

The Seattle Police Department (SPD) said officers started monitoring a protest at Cal Anderson Park around 9 p.m. Protesters had gathered in response to police in Kenosha, Wisconsin, shooting Jacob Blake, a 29-year-old Black man, multiple times in the back.

The group marched to SPD’s West Precinct where people threw objects at the building and caused minor damage, according to a Blotter post. Windows were broken, and graffiti was painted on the walls of the West Precinct, police said.

Plate glass windows at a coffee shop near the West Precinct were also broken, police said.

Police said the group returned to Cal Anderson Park and began to disperse around midnight.

One officer was injured during the protests, according to SPD. Police have not released the condition of the injured officer.

Police said detectives are also investigating an arson after someone threw “multiple incendiary devices” at an office building in the 2900 block of 4th Avenue South. Police said it is unclear if the incident is related to the protests.