One person was shot, four officers were hurt, and multiple arrests were made after clashing protests in Olympia turned violent and were declared a riot on Saturday. 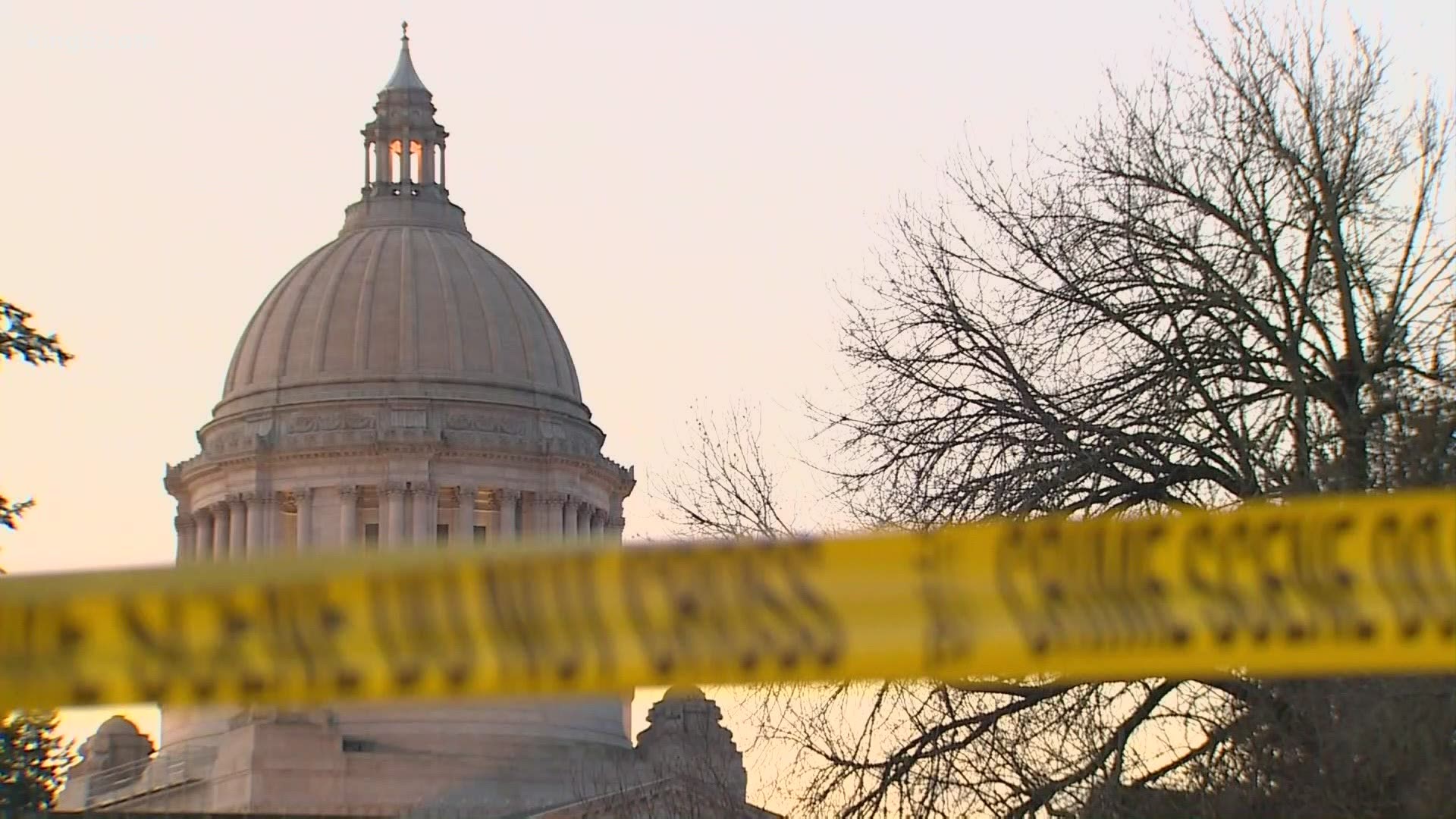 OLYMPIA, Wash. — Authorities in Olympia said one person was shot and five people were arrested at a violent protest between two heavily armed groups near the Capitol Campus on Saturday.

Olympia police said the two groups had opposing political views, and each side was heavily armed with rifles, handguns and clubs, and engaged in violent clashes.

At one point, Olympia police declared the protest a riot and gave multiple orders to disperse. The groups would disperse from one area, but gather again in another location and continue fighting, police said.

Police said the person who was shot was transported to a hospital by other civilians. That person's condition is unknown.

The Washington State Patrol responded to the Capitol Campus for the shooting investigation and arrested a 25-year-old Shoreline man suspected in connection to the shooting. The man's identity has not been released.

Olympia police said four officers were injured after being hit by various objects, including a baton, a rock and a paintball gun. All the officers received treatment at the scene and are expected to be okay.

The violent demonstrations come just one week after a similar situation unfolded in Olympia last weekend.

On Dec. 5, Olympia police arrested a 27-year-old man for assault after he allegedly fired a gun into a crowd of counter-protesters. The man was part of a pro-Trump rally near the Capitol Campus that day.