The emergency order briefly banned anyone from possessing anything that could be used as a weapon in downtown Bellevue, though firearms were not prohibited. 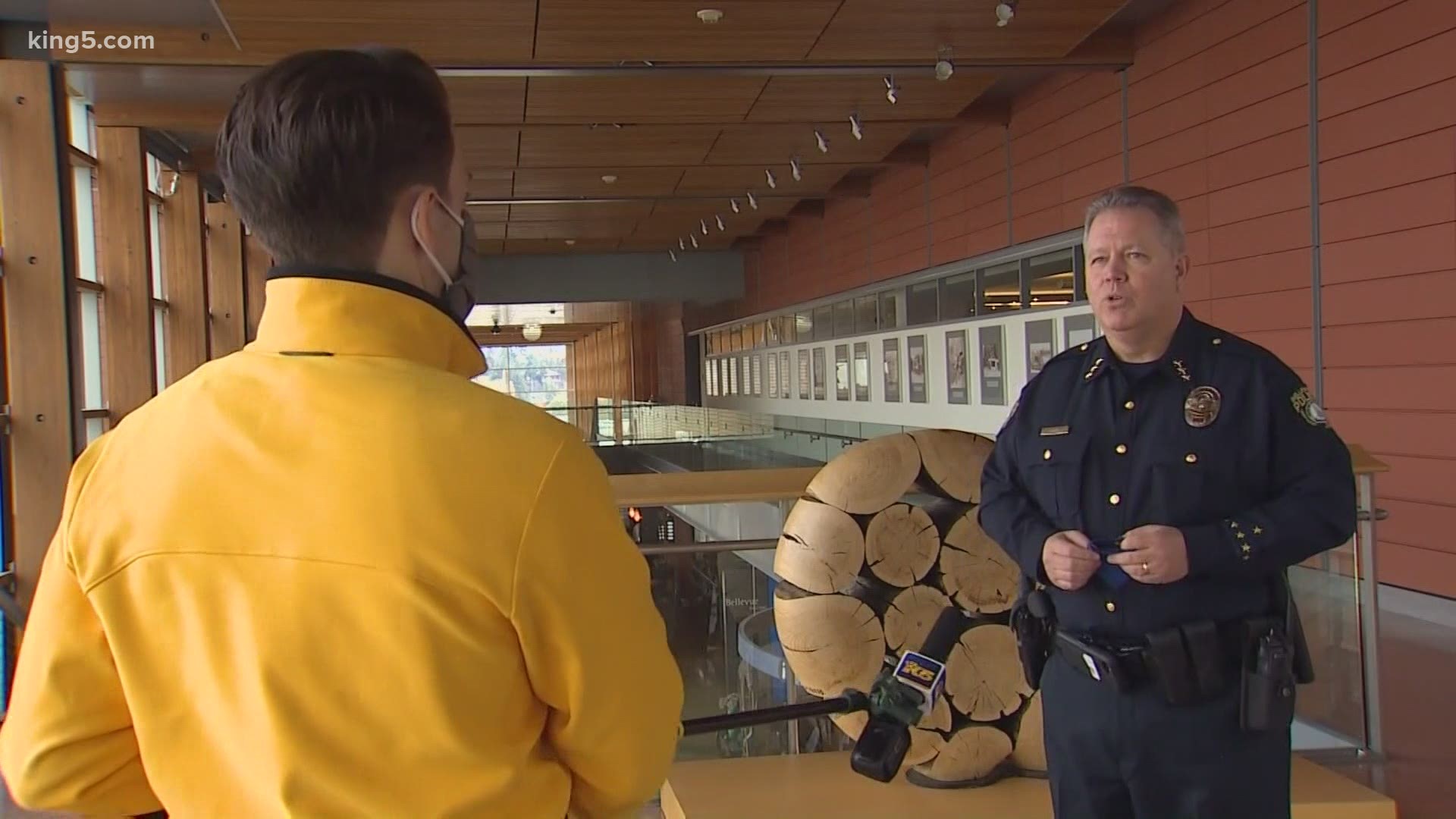 “Victory, success for everybody,” said Mylett. “For the public, for the police, for the protesters.”

On Saturday, the city activated a rarely used emergency order prohibiting anything that could be used as a weapon in downtown Bellevue. That ban included rocks, sticks and skateboards, though firearms were not prohibited.

Critics on social media called the city's response to a planned protest an "overreaction" to a group of protesters that did not warrant a "civil emergency."

Mylett disagreed with that assessment.

“I can’t go into all the specific details about what we knew leading up to it, but some of that information came from that group themselves,” Mylett said.

He declined to name the specific group.

On Saturday, protesters in downtown Bellevue chanted "Black lives matter" as well as profanity about the police. Another protester tagged the ground with spray paint, according to police.

The emergency order was lifted around 11 p.m. Saturday.

Mylett said the city has not overused its civil emergency status during protests. There have been protests for various national and international issues in downtown Bellevue for at least the past three weeks.

“You look at our track record in welcoming protesters to Bellevue,” said Mylett. “We hadn’t had to initiate that emergency except in two cases. One was on May 31st when we had the riots in Bellevue and all the property destruction and everything else that we were witnessing first hand. And then on this past Saturday.”

Back in May, dozens of looters, in what was believed to be a well-organized plan, broke into downtown businesses. Five months later, 70 suspects are facing charges.

The chief said his city wasn’t going to get hit again, especially since investigators' intel pointed to the threat of violence.

“I was not going to wait until I started seeing the violence,” said Mylett. “We wanted to prevent it and I think we were successful in doing it.”

On Friday, the city released photos that purported to show that officers found sticks and rocks placed along the protest route. 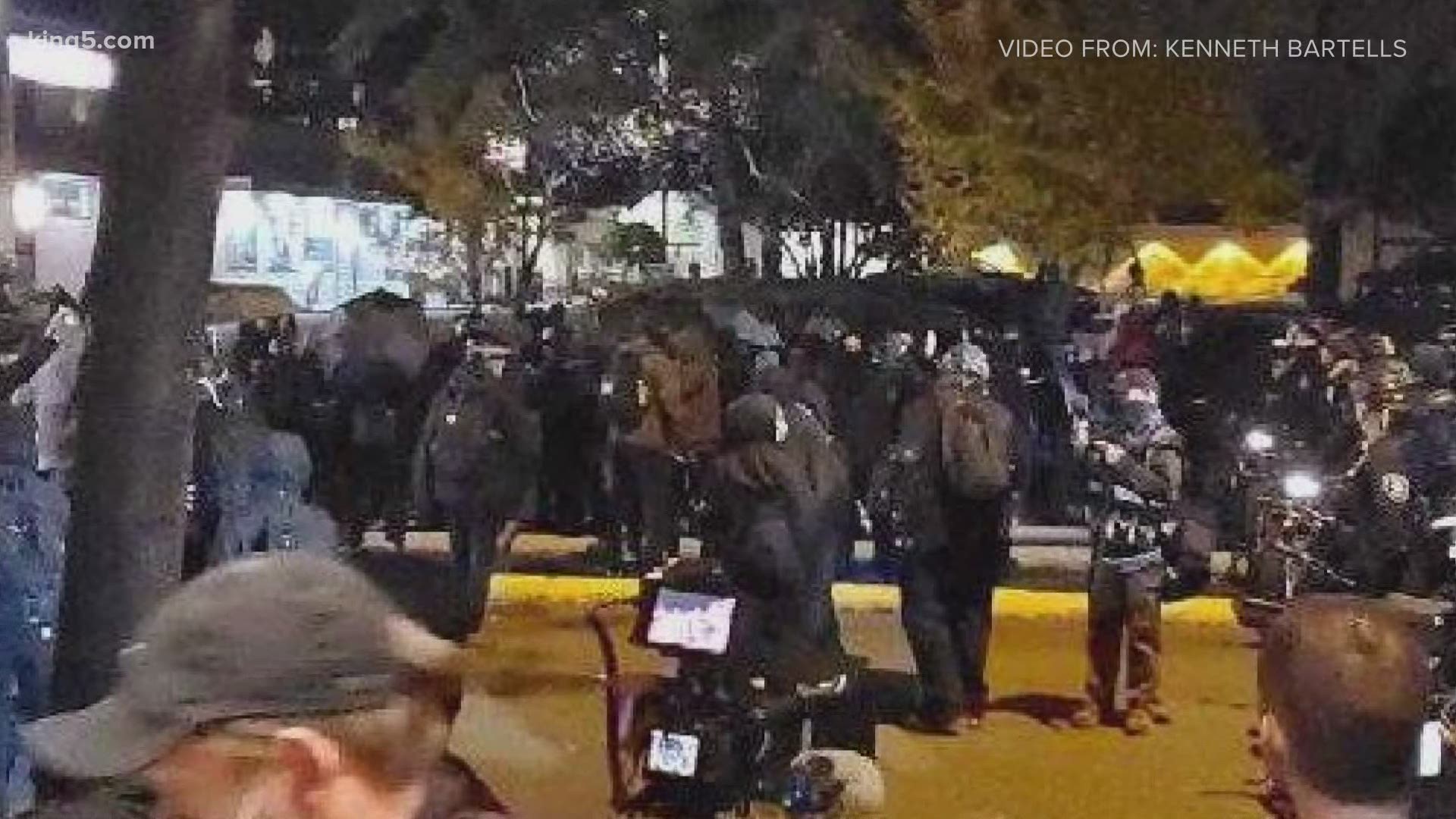