Protesters with the group Care Not Cops had set up outside Portland Mayor Ted Wheeler's Pearl District apartment to demand more police cuts. 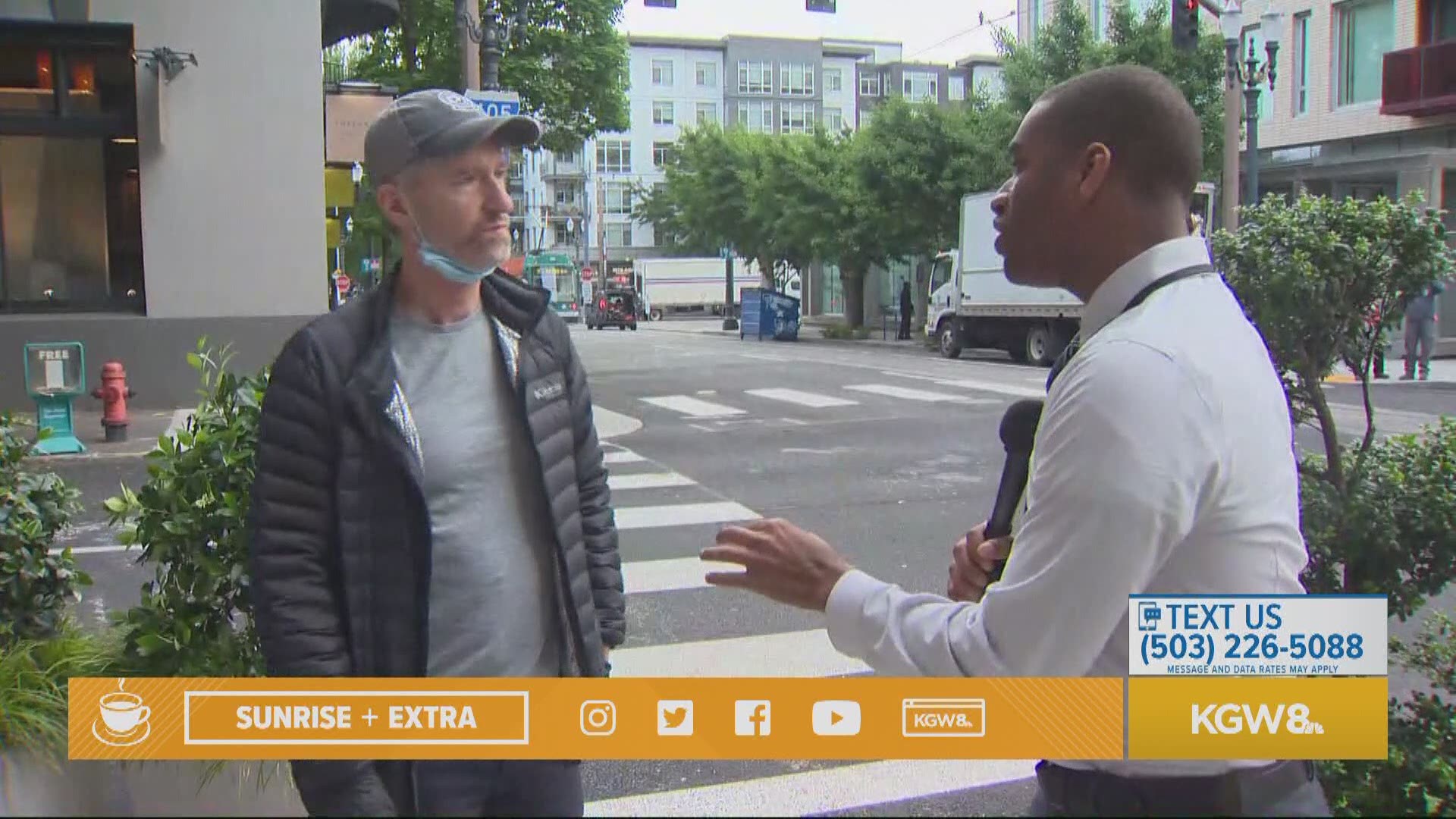 PORTLAND, Ore. — Portland police early Thursday morning cleared out a protest that had been building overnight in the Pearl District, outside Mayor Ted Wheeler's apartment.

Wheeler was out picking up trash and helping to clean up the mess afterward.

"I live here, and these are my neighbors," he said. "And I'm sure they're not very happy this morning. They're probably not very excited to be my neighbors at the moment. So I'm out here doing my part."

The protest group Care Not Cops began the demonstration Wednesday morning as Portland City Council was set to vote on the 2020-21 city budget, which cuts $15 million from the police bureau. The budget vote passed just after noon on Wednesday.

Protesters say the cuts are not enough, and they're calling for defunding the Portland Police Bureau to the tune of $50 million. Commissioner Chloe Eudaly also called for $50 million in cuts and voted against the budget. But Commissioner Jo Ann Hardesty, who championed most of the cuts, said Wednesday that number is not based on any rational analysis of the full Portland budget.

By midnight, the group had grown to hundreds of protesters, who were blocking off the streets at Northwest Glisan and 10th Avenue with dumpsters, plywood, fencing, construction equipment and other materials, according to Portland police spokeswoman Lt. Tina Jones.

Just after 5:30 a.m. police declared an unlawful assembly and started to clear the scene. Jones said there were only about 50 protesters left in the area by then.

As crews were removing impromptu blockades and returning items to nearby businesses, Wheeler stepped in and started helping.

"It's actually cool to see a lot of other neighbors are coming down to help, a lot of people," he said. "I want to make sure that the small businesses that lost some of their equipment get it back.

"These tables here belong to Pho Van, which is a mom and pop business here. They were stacked in the middle of the street and they could have gotten taken away, and I wanted to make sure that they got back to the people who owned them. These restaurants are gonna open tomorrow — Multnomah County is opening tomorrow — and they need their equipment back."

Wheeler also addressed the idea that protesters might have been setting up an "autonomous zone" and occupying the area like Seattle protesters have done in the Capitol Hill area.

He added that occupying city spaces and committing destructive acts take away from the main message of the anti-racism movement underway right now.