Mayor Cheryl Selby said the city has received information there are calls for people to “incite violence” in upcoming demonstrations in Olympia. 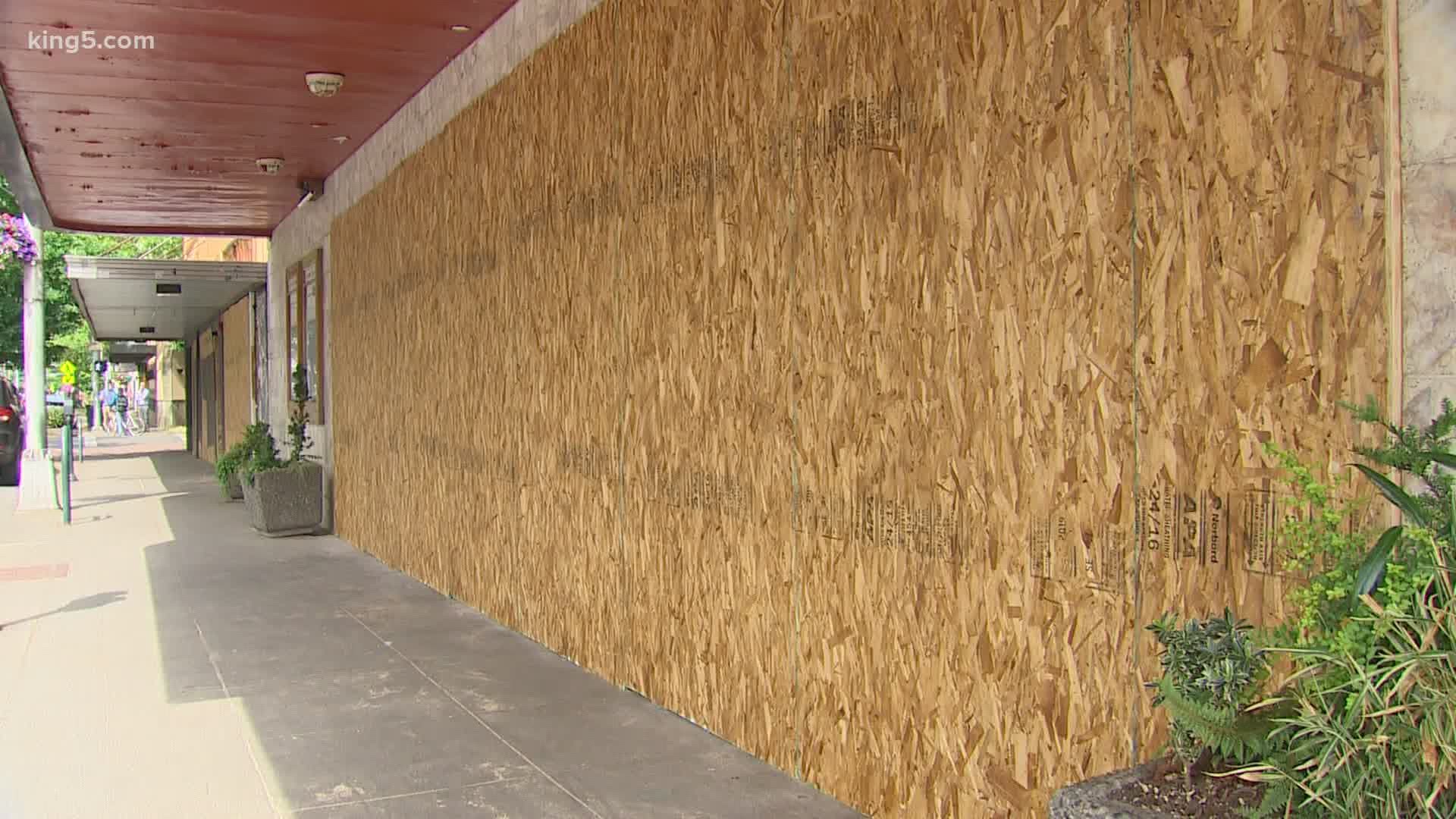 OLYMPIA, Wash. — Over fears of violent protests in response to the death of George Floyd in Minneapolis, Olympia Mayor Cheryl Selby is suggesting downtown business owners board up their windows.

“I could not, without good conscience, know that potential was out there and not let our business members know that they should put their boards up,” said Selby during a press conference Friday, who added, “I hate seeing boards up in our downtown!”

"We should feel sick," said Selby, when talking about the death of George Floyd at the hand of police in Minneapolis last week.

As of Friday evening, protesters were remaining peaceful in Olympia.

Olympia police have arrested 16 people during protests this week following claims of vandalism to Olympia City Hall, and graffiti tagging of businesses and the state Capitol.

Several citizens, who refused to give their names, tried interrupting the mayor during her Friday morning press conference.

They raised concerns about armed citizens threatening peaceful protesters and asked the mayor to take steps to prohibit the open carry of weapons within city limits.

“There’s something called the constitution, right to bear arms,” said Selby, “The city doesn’t have the right to ban open carry.”

Selby says the city does not want to impose a curfew or call on the National Guard for help.