Dan Gregory was called a hero after he stepped up to stop a man in a car that was driving toward protesters in Seattle's Capitol Hill last weekend. 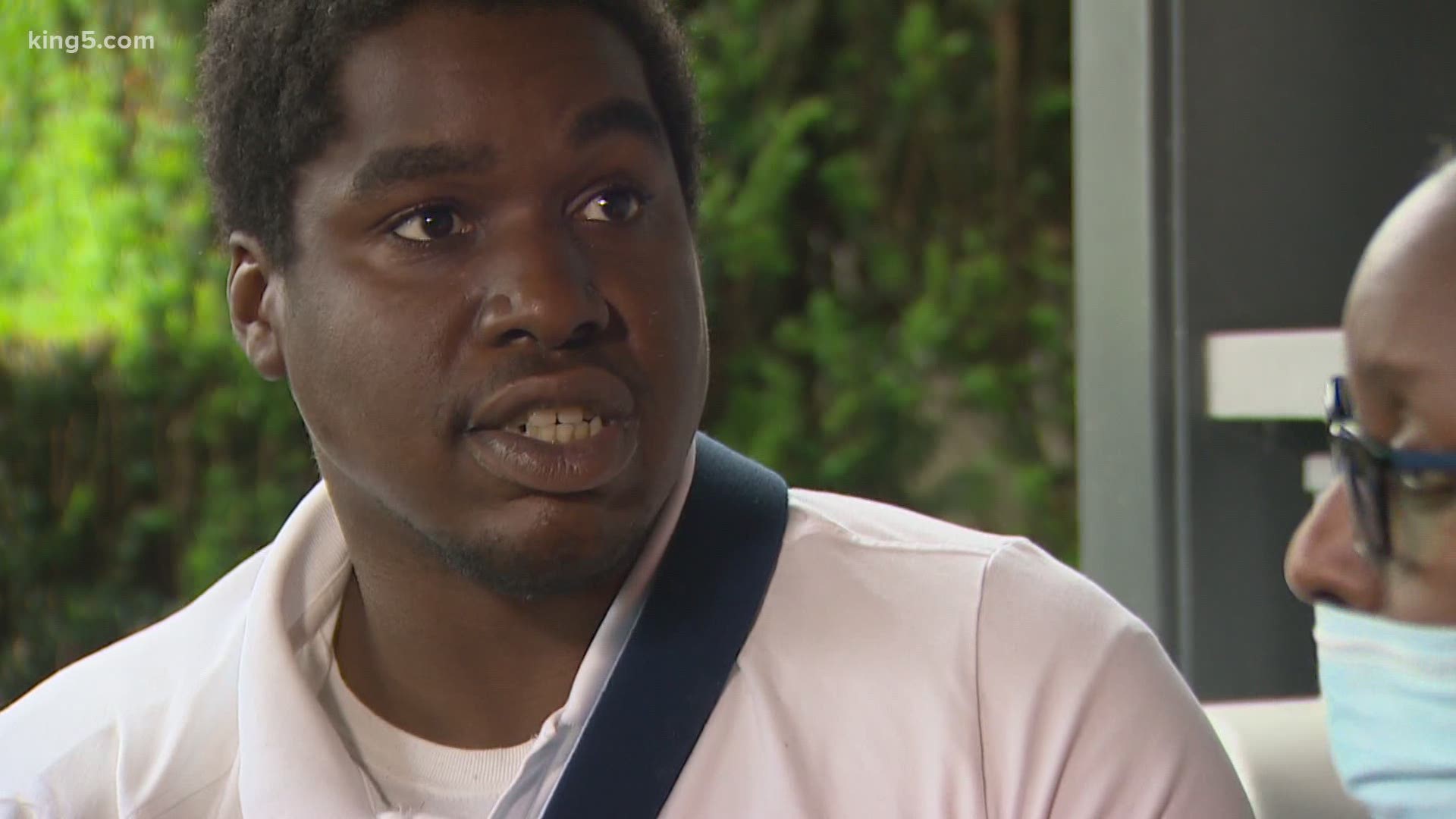 SEATTLE — With his mom by his side, Dan Gregory, talked about the frightening moment when he saw a car coming right toward him and other protesters, and the quick action he felt he had to take.

"It was one goal and one goal only, stop that car," Gregory said.

Video that has been posted on social media shows protesters at 11th Avenue and East Pine Street on Sunday. A black sedan drives right toward the crowd.

"Thank God his window was down because if his window wasn't down I don't know how I would have got to that steering wheel," said Gregory.

He says he grabbed the wheel to slow down the vehicle, and punched the driver, Nikolas Fernandez.

"I didn't stop. I had to keep going to get that guy, because I didn't want anything bad to happen to those people," Gregory said as he choked back tears.

According to the statement in probable cause documents, Fernandez was driving in the area of the protests and thought he could get through the crowd. Fernandez reportedly said that protesters started kicking his car and tried to grab him. He was "fearing for his life."

Fernandez was armed and fired a single shot at Gregory before turning himself in to police.

Gregory's mom, Della, who lives on the East Coast, received a call from her friend the next morning, alerting her that there had been a shooting. She rushed to Seattle to be by her son's side.

"We could have been having a whole different conversation right now, but because of the grace of God, he was hit here, and not here," said Della, referencing how the bullet missed her son's chest and hit his upper right arm instead.

She says their family has a long history in law enforcement. She was a police dispatcher. Dan's late father was a police officer in Baltimore.

"Despite that background, he believes strongly in the cause of Black Lives Matter and wanted to protest," attorney Karen Koehler said.

Koehler added that Gregory told her that he sees a broken system.

After everything that has happened, he is still focused on bringing change.

"I feel like it is a curse and a blessing at the same time that I had to get injured to be able to get my word across, but what my word is is to go vote," said Gregory.

As for the risk he took, Gregory says he had to in order to save lives. He is expected to make a full recovery.

As for Fernandez, his arraignment is scheduled for June 24.