The incident highlights what it's like to be both a "black life" and a "blue life" in America, these days. 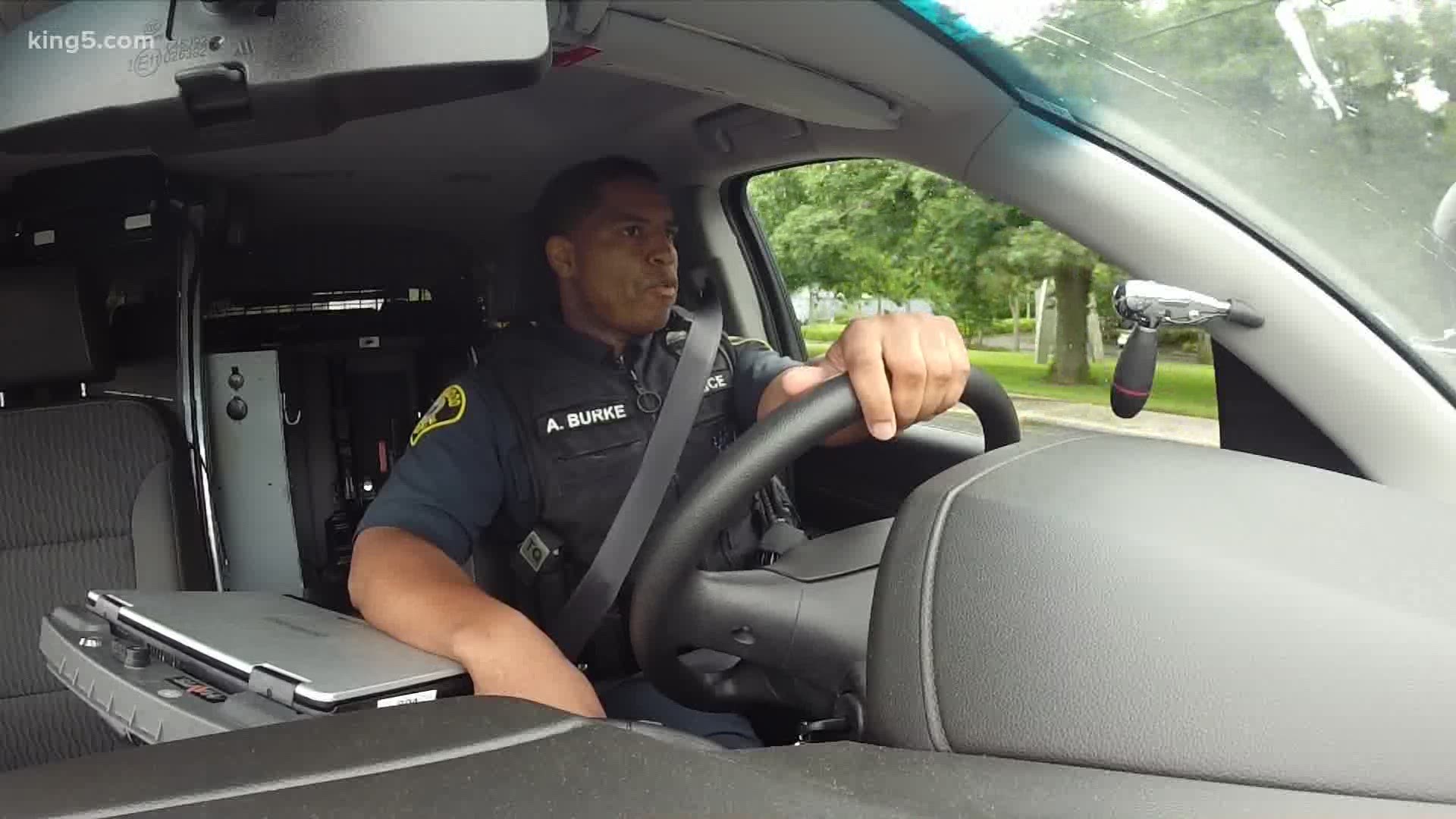 LYNNWOOD, Wash. — It started as a normal night on patrol back in April, but soon escalated into a verbal attack that would make your skin crawl.

"You work for me. You are my slave," says the voice, off-camera.

The video, shot by the man speaking and published on the website The Masshole Report, only gets worse from there.

It runs about six minutes, but Lynnwood police officer A.J. Burke says the abuse lasted for about an hour.

Burke took it all without ever losing his cool.

"I'm sitting there just pained, upset and beside myself," he said. "I'm thinking about all the people that look like me without the uniform that are in that situation."

Raised in the south Bronx, Burke says he was brought up to "disdain" the police. He says he still has family members who still question his career path.

Burke is the only black patrol officer in the Lynnwood Police Department, but this is far from the only racist incident he has experienced in his nearly 8 years on the force.

Now, though, in the midst of ongoing anti-police protests, Burke is facing attacks from within his own community.

Both a "black life" and a "blue life," Burke is getting emotionally bruised and beaten.

"It's more prevalent now on both sides," he said. "I've been called an Uncle Tom, a traitor. I've been called that numerous times by people who look just like me. That's painful, as well, but we have to rise up and keep moving forward."

Burke says he became a cop because he planned to raise a family in Lynnwood.

He wanted to protect his kids, Julius and Scarlett, and all the other children regardless of race.

Racism, however, remains an unfortunate, ugly reality in America.

A reality that A.J. Burke, proud police officer and proud African-American, vows to fight every day of his life.

The man who shot the video is well known to police around the area.

Burke believes he's clearly in emotional pain and would welcome a dialog with him about race relations in our community.

"If he needs to talk, he can always come and talk to me. I'll talk with him, no problem. If he needs to go to a hospital and talk to a mental health professional, I'll be the first to take him. We need to show compassion and take care of each other more in this world."