A federal judge said the Seattle Police Dept. was in contempt of court for inappropriately using pepper spray and blast balls on Black Lives Matter protesters. 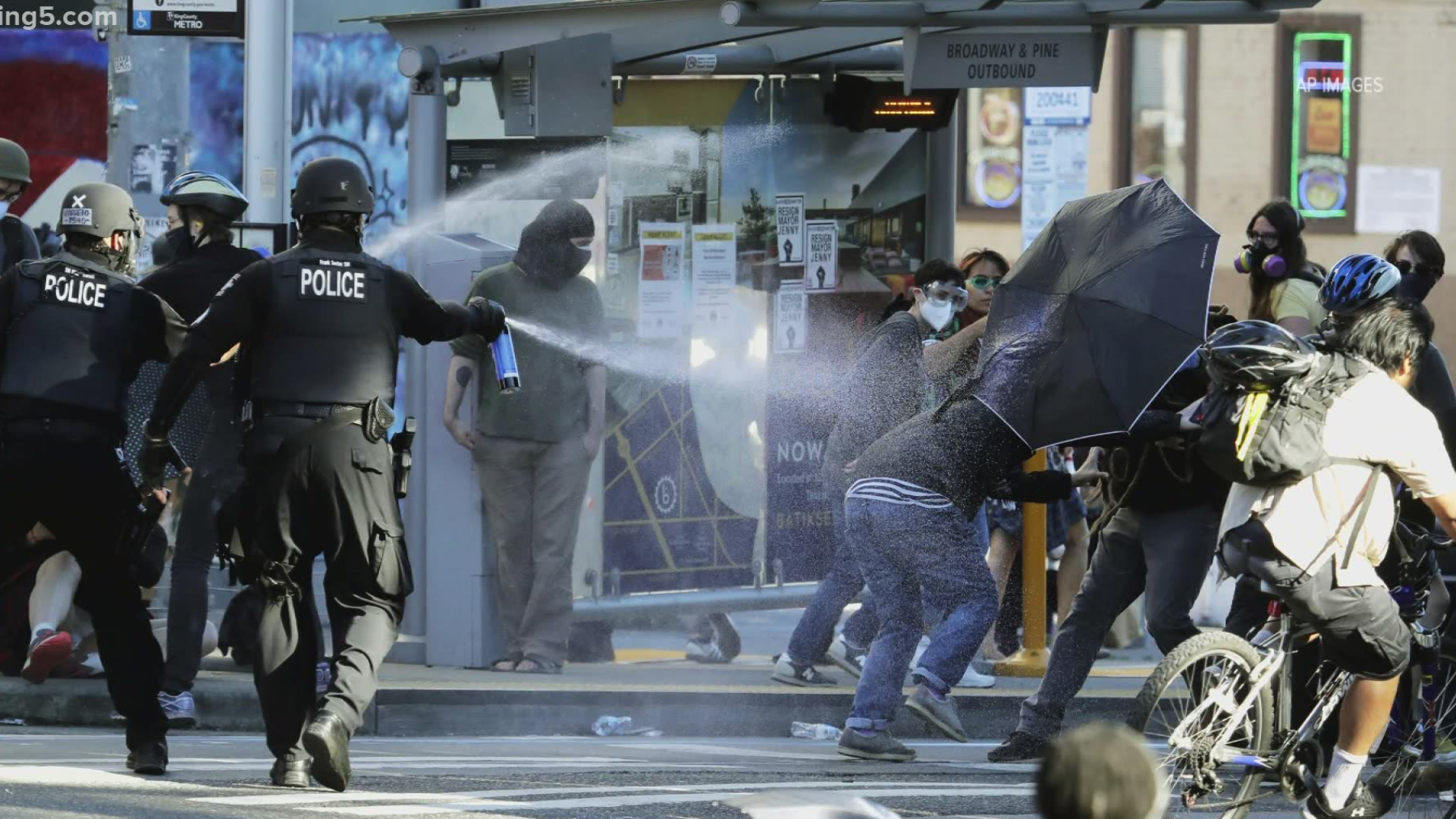 SEATTLE — A federal judge said the Seattle Police Department (SPD) violated a court order limiting its use of pepper spray, blast balls, and other crowd-control measures.

U.S. District Judge Richard Jones has been picking apart SPD’s tactics during Black Lives Matter demonstrations in August and September and said the department was in contempt of court for using pepper spray and blast balls on four occasions.

Jones examined videos and police reports to determine if officers violated a temporary restraining order, which prohibited officers from launching chemical irritants or projectiles of any kind at peaceful protesters.

The restraining order was a result of legal action by Black Lives Matter protesters earlier this year.

The order allows officers to use pepper spray and tear gas blast balls in certain limited instances when there are threats of physical harm, violence, or property destruction.

While the judge determined there were cases where SPD’s use of force was reasonable and necessary, there were four situations where the judge said police violated the court order.

In one example, an officer used pepper spray on protesters who were in retreat.

“This was a plain violation,” Jones wrote. “There was no specific imminent threat of physical harm.”

He said there were also cases when officers threw blast balls indiscriminately into groups of protesters when there was no apparent threat.

“We think this is an important step in holding the police department accountable for how it treats the protesters,” said Lisa Nowlin, a staff attorney with the American Civil Liberties Union (ACLU) of Washington, who represents the protesters.

It’s not yet clear what legal consequences SPD could face. Those details could be hammered out during a future hearing.

"We're reviewing the order and intend to confer with City clients as we assess next steps in this case,” the Seattle City Attorney’s Office said in a statement.

Black Lives Matter Seattle-King County responded to the contempt ruling, saying they “will continue to defend our rights until we achieve systemic change and accountability. We will not stop.”

“Police do not have license to attack people demanding accountability and change. The use of pepper spray and blast balls against our community is proof that our protests are necessary,” BLM said.