Police officers are beginning to return to the East Precinct after they evacuated June 11 as violent clashes with protesters continued. 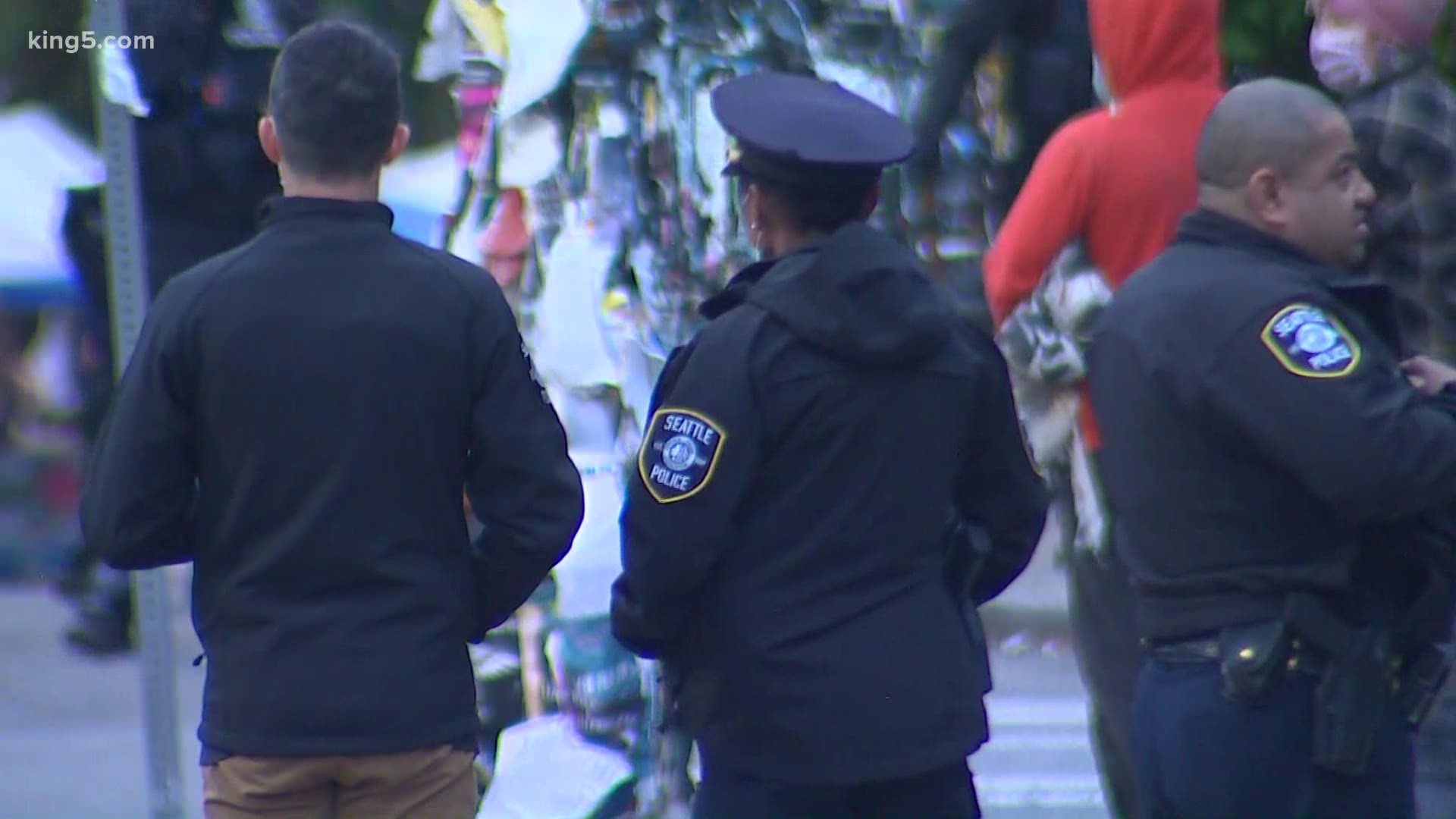 Police Chief Carmen Best said Thursday the precinct is partially operational after it was evacuated on June 11 following violent clashes between protesters and police.

Best says it's important to have the precinct back under police control so the department can serve people "equitably and fairly." While it was closed, response times to emergencies sometimes tripled.

Some people aren't accepting the police's presence, however. Overnight, 25 people were arrested in the area of Broadway and East Pine near the precinct. Police used blast balls and pepper spray while making arrests, after people in the crowd began throwing bottles at officers, according to the department.

Officers arrested at least 44 people on Wednesday for failure to disperse, obstruction, resisting arrest, and assault.

Seattle Mayor Jenny Durkan issued an executive order that, among other things, which allows the police department to maintain a "reasonable security buffer" around the precinct and control entry. The order was limited to 10 days as of June 30.