A year after approving police bonuses, some Seattle City Council members are open to decreasing police funding after mass protests against police violence. 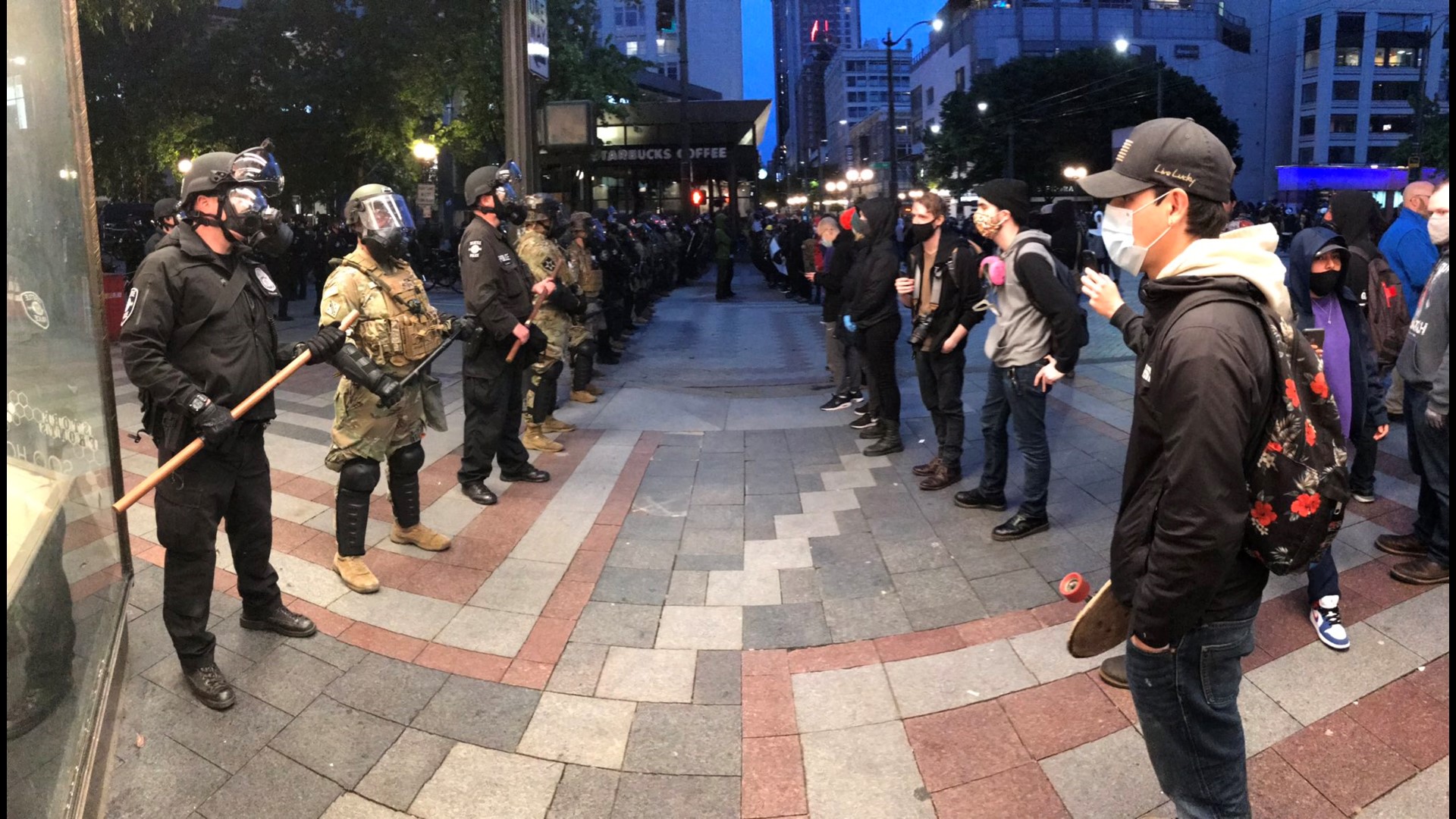 It has been a chant, and movement that has been gaining strength in recent days, fueled by the death of George Floyd and violent demonstrations in Seattle and around the country.

Yet, there is no consensus on what exactly it means.

"Some folks just really are embracing of the concept of a reduction in the police department budget in a reallocation to to to invest in people and other ways to address community's public safety needs," said Seattle City Councilmember Lisa Herbold.

Herbold, who is also the chair of the city's public safety committee, acknowledged in an interview with KING 5 that she was "disappointed with myself" for not questioning the law enforcement approach last year.

“It has been eye-opening for me personally,” Herbold said.

Yet now, based on recent events, the pendulum has swung the other direction and cuts will likely have to be negotiated.

Councilmember Kshama Sawant has called for cutting the $400 million dollar police budget, and budget chair Teresa Mosqueda has thrown out a 50% estimate.

Durkan is expected to make a pitch to the council to cut $300 million dollars from the overall budget, as a result of the coronavirus crisis, but delayed making that move in advance of a council-led meeting on Wednesday.

Yet, Herbold says you can't flip a switch and end a department overnight.  She specifically cited the Camden, New Jersey model.

That city eliminated its department in 2013, in the wake of corruption and crime problems. It tore up union contracts, and forced officers to reapply for a county department that focused on community policing, and with strict guidelines on use-of-force.

"You know, there's a lot of police departments across the country, that sort of pay lip service to doing community policing, but they're still spending the majority of their time in cars rather than having positive engagement with folks in the community," Herbold said.

Councilmember Debora Juarez, considered a council moderate and frequent ally of Durkan, tweeted that she is for defunding the police, but "defunding should not be confused with disbanding."

In an interview on Tuesday, she said cutting the police funding in half is "not part of the solution," but said changes need to be made.

"We can't keep doing policing the way we've been doing it."

Juarez suggested a reallocation of resources, and phasing out weapons like blast balls, and tear gas, to pay for programs that deal with homelessness, mental health, and addiction.