A Seattle protest group is calling for an investigation into the treatment of demonstrators by Seattle police. 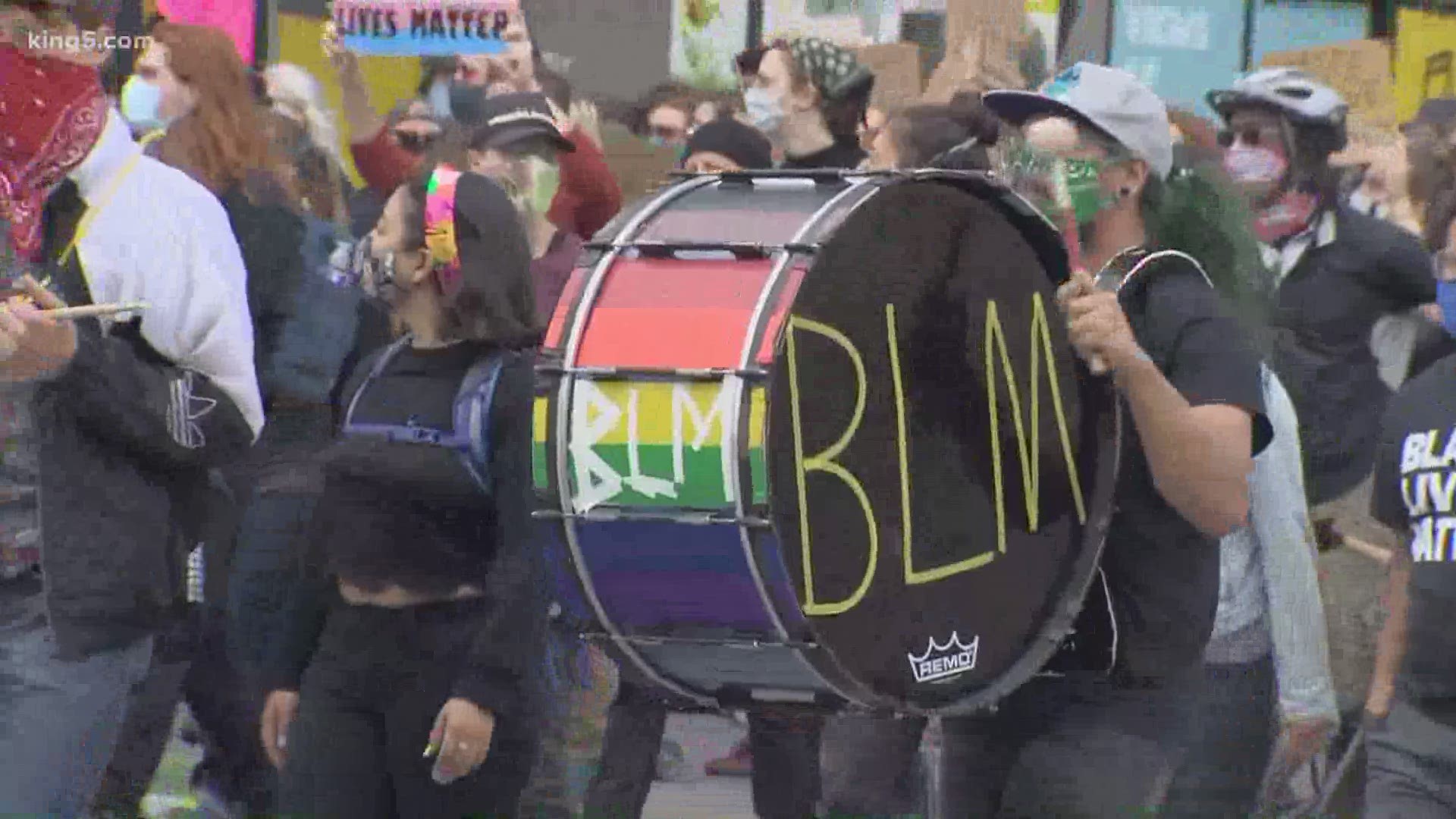 A group of protesters is threatening legal action against the city and Seattle Police Department around the treatment and arrests of demonstrators.

The group, who identifies themselves as Black Lives Matter SEA, had organized a press conference Friday evening near the former "Capitol Hill Organized Protest" zone known as CHOP, but the media briefing was canceled just before 5 p.m. Friday.

This group is not affiliated with the official Black Lives Matter Seattle-King County organization.

Police moved in early Wednesday and dismantled the CHOP zone, clearing out streets and Cal Anderson Park. More than 60 arrests have been made since CHOP was shut down, including 10 more arrests early Friday morning.

Shortly after officers swept through CHOP, police reclaimed the East Precinct, which was abandoned on June 11.