'Giving honor to your ancestors, for your culture and for your people,' said Teddy Phillips, about his art and his new trivia game app focusing on Black culture. 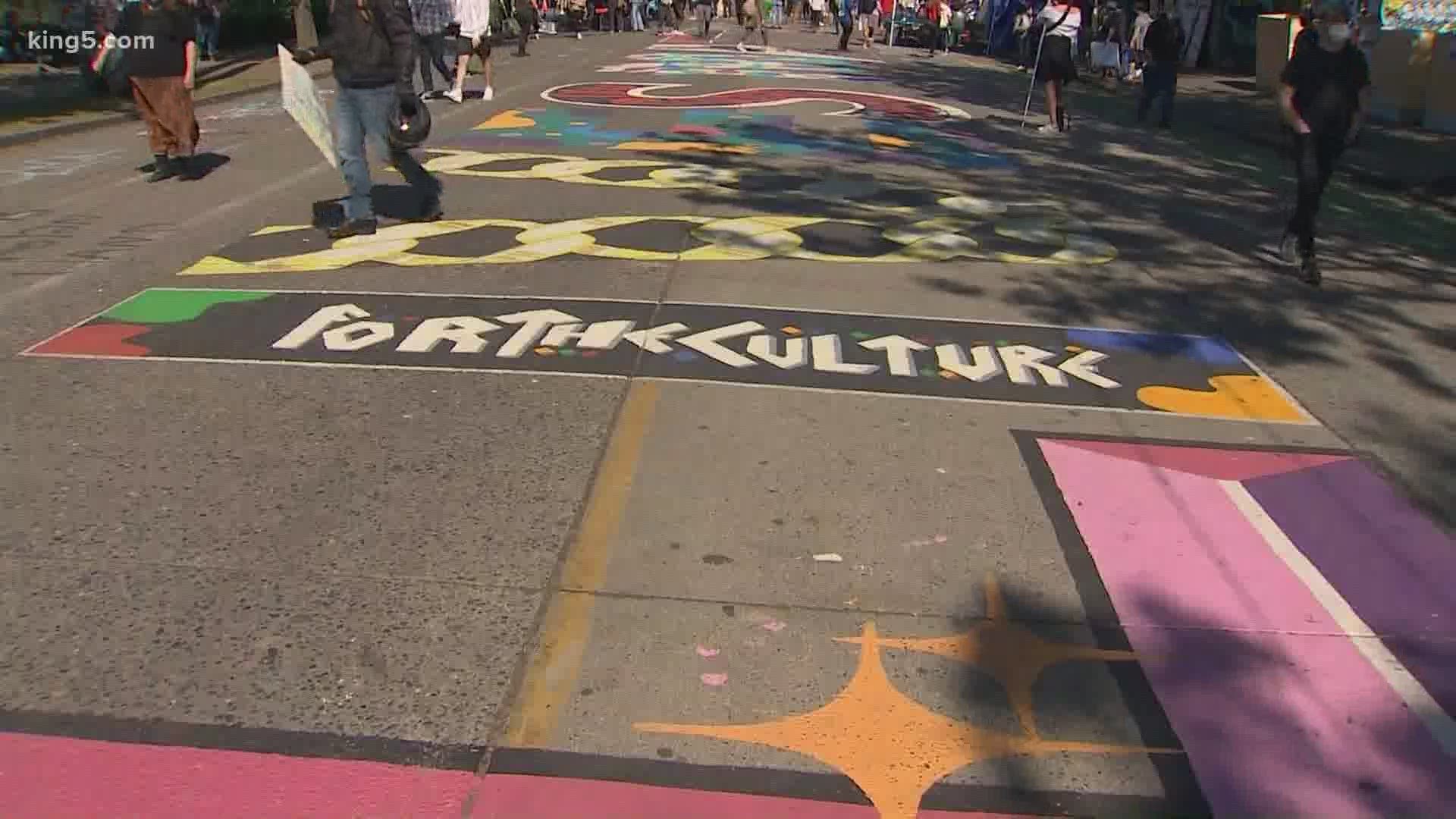 SEATTLE — When more than 16 artists came together in Capitol Hill, under one mission, Teddy Phillips knew he had to get involved.

"I wanted to add something that represented them. They could throw the fist up and take a picture with it,” Phillips said.

Phillips, also know by his artist name, Stat, got work on the letter 'I' in the Black Lives Matter mural painted on the roadway on Pine Street.

It was a statement, just three words, that has a much deeper meaning.

”Giving honor to your ancestors, for your culture and for your people,” said Phillips.

For The Culture. It's a phrase Phillips stands behind so much, that he built a trivia app under the same name.

"I was looking on the App Store for games that kind of reflected my personal experience and I love trivia. I just felt like creating a game that was based in Black culture, but it's a trivia app,” Phillips said.

Phillips is an artist who's also a Black man in the tech industry.

Phillips hopes his artistry and his app can help those coming up behind him.

"If I could show a young Black kid that grew up in my same circumstances that you can create an app you can actually have a space, an existence in the tech world and that's what I want to do I want to kind of get back that way.”

In the end, Phillips says it's up to the tech companies in and out of Seattle to do the work.

”I mean it's cool to talk about diversity and inclusion, but you know, actually going out and putting dollars big dollars behind the recruiting part, investing in college programs like Google is investing in housing and things like that and all these other companies are setting up hubs within HBCUs (Historically Black Colleges and Universities) to target, African-Americans and get them into space,” Phillips said.

Phillips is working on more apps and artwork, staying true to his message and doing it for the culture.