Though CHOP was dismantled Wednesday, protesters continue to return to the area, clashing with police in Seattle's Capitol Hill neighborhood. 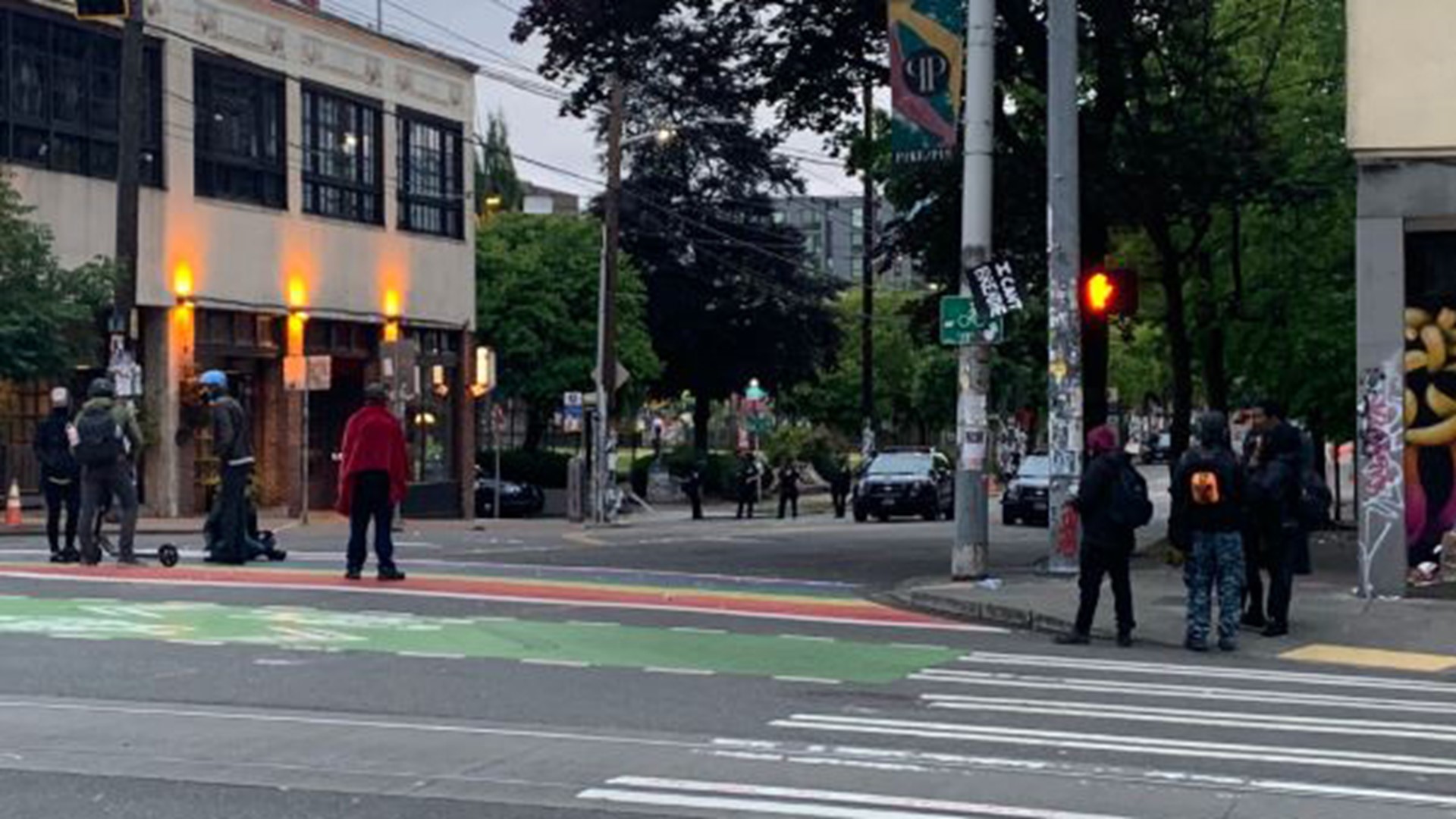 SEATTLE — It has been two days since the Capitol Hill Organized Protest (CHOP) zone was shut down, but protesters continue to clash with Seattle police.

Ten people were arrested between 10 p.m. Thursday and into early Friday morning for property destruction, assault, harassment, and failure to disperse.

Police report bottles, rock, and fireworks were thrown at them during the night.

More than 60 arrests have been made since CHOP was shut down. Seattle Mayor Jenny Durkan previously said she recommended the city not file charges against misdemeanor arrests.

Cleanup of the CHOP zone next to the Seattle Police Department's East Precinct continued until around midday Friday, when SPD announced the area around 12th Avenue and Pine Street reopened. Officers will remain in the area of the East Precinct as the police department reestablishes services in the building.

RELATED: ‘Not going to support violence:’ Activist reflects on lessons learned from CHOP

The now-quiet streets are a stark contrast to the days and weeks prior. A series of shootings left two teens dead and several others injured.