Andre Taylor, whose brother was shot and killed by Seattle Police in 2016, has a message for protesters who continue to occupy part of Capitol Hill. 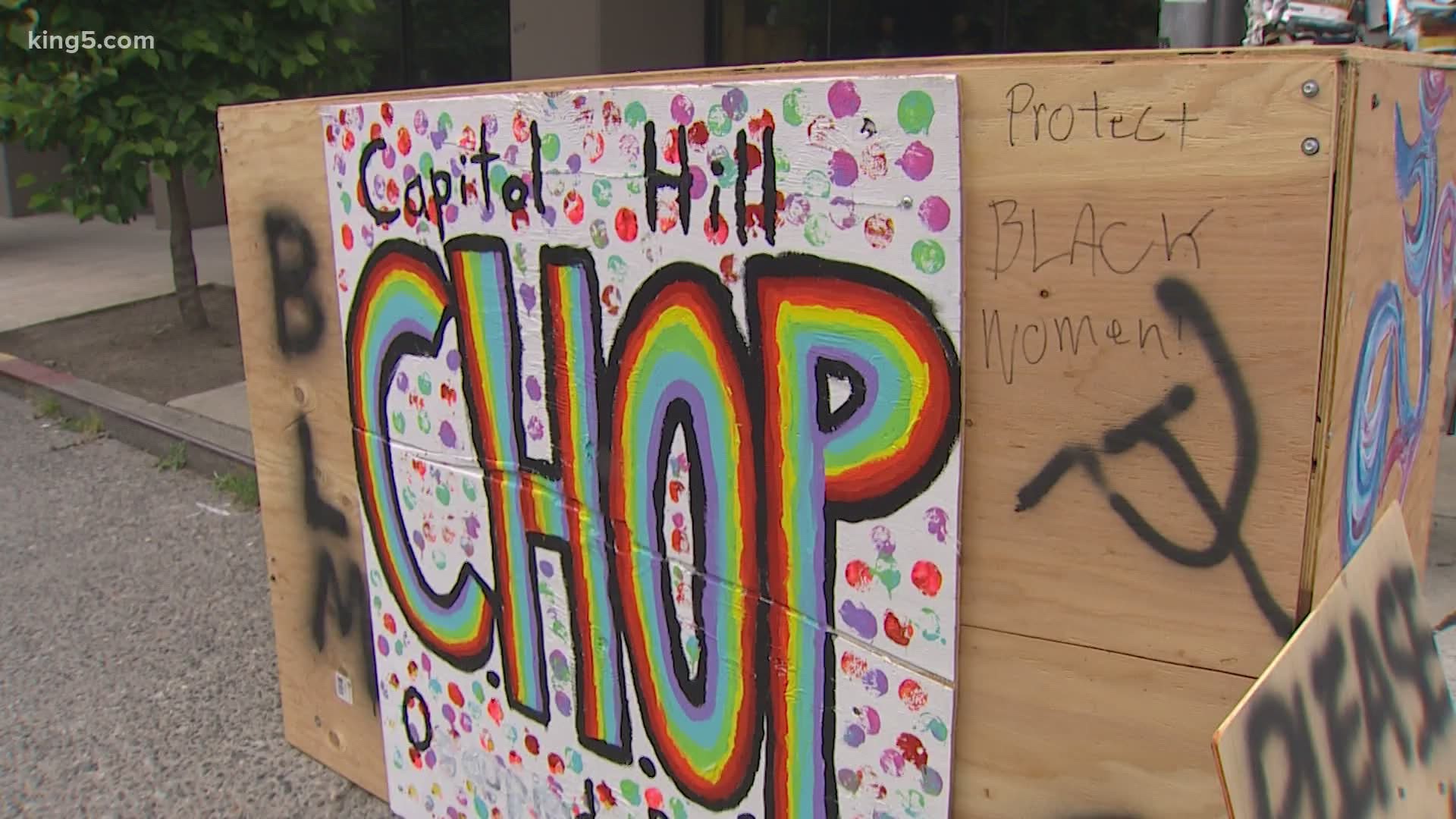 SEATTLE — An activist whose brother was killed by Seattle Police said a series of Capitol Hill shootings near the so-called Capitol Hill Organized Protest zone — known as CHOP — is distracting from important messages about racism and injustice.

Andre Taylor, founder of the organization Not This Time is urging protesters to leave the area at night.

“If there was no violence you should've stood there for as (long as) you wanted to stay there, but the violence creates a different narrative where the people in authority have to look at it differently,” Taylor said.

Four people have been shot in or near CHOP, previously known as the "Capitol Hill Autonomous Zone," in less than a week.

Seattle Mayor Jenny Durkan on Monday called for demonstrators to leave the area after 8 p.m. The Seattle Police Department said it plans to move back into the East Precinct they abandoned during the protests.

Taylor's organization pushes for the reduction of police violence and policing reform. It was founded after Seattle police shot and killed his brother, Che Taylor in 2016.

Andre Taylor and others pushed for Initiative 940, a statewide law that makes it easier to bring charges against police officers in deadly force cases and makes other police reforms.

Taylor said Tuesday he tried to help broker a meeting between Durkan and some of the CHOP organizers, but the organizers canceled at the last minute.

A group identifying themselves as CHOP organizers said in a statement circulated on social media that they felt betrayed when the mayor included in the meeting other community organizers not involved with CHOP.

They pledged to “operate in total disregard to any statement made by the mayor,” according to the statement.

Taylor said he hopes people inspired by CHOP will see that their movement is much more than a neighborhood occupation.

“CHOP is an idea and with that idea, you can take this idea around this country and then around this world,” he said. “Ideas can't be killed.”