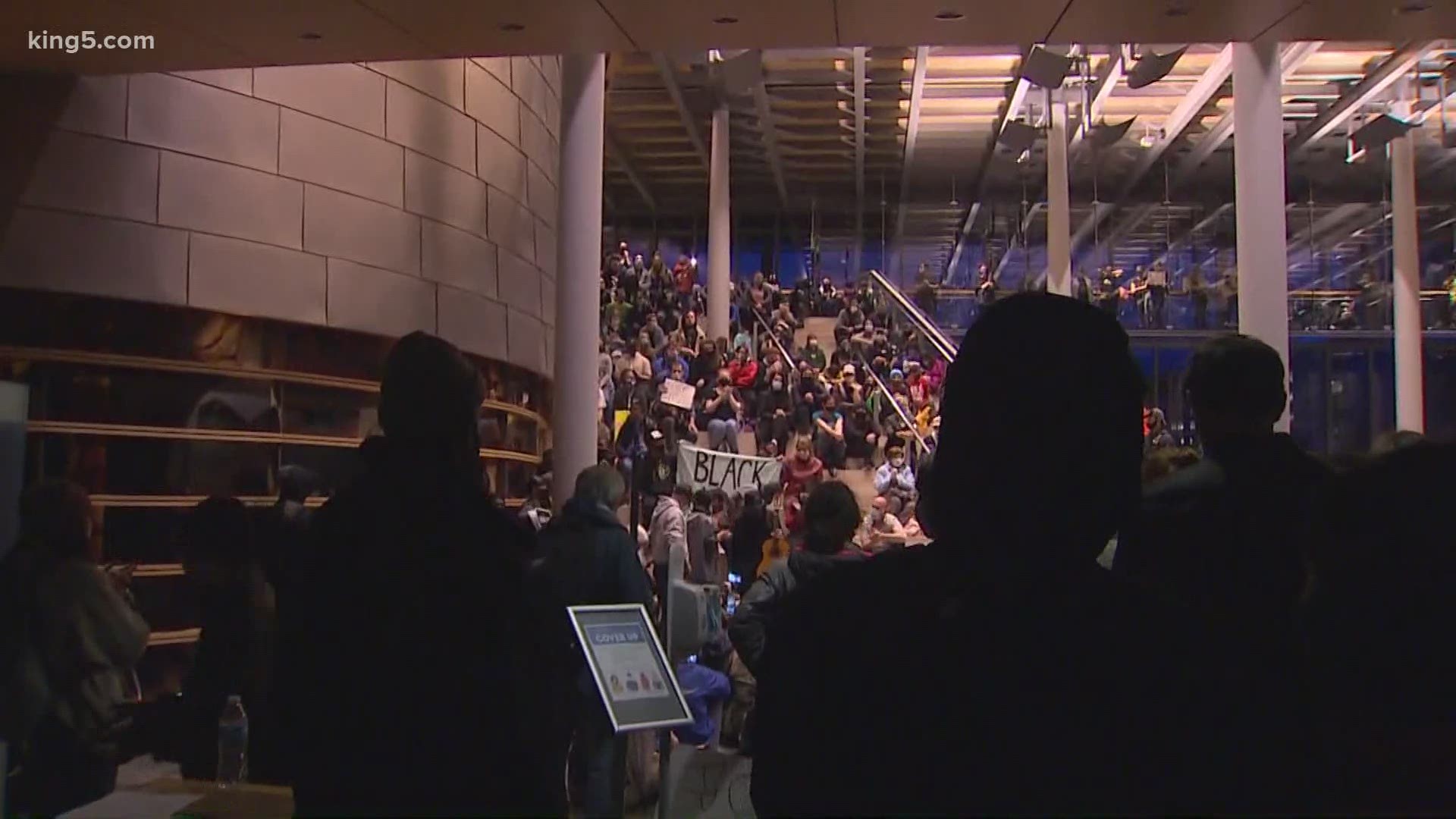 The protests against police violence had been continuing throughout the day on Capitol Hill near Seattle Police Department's East Precinct and the nearby Cal Anderson Park.

According to a reporter who followed the march, Seattle City Councilmember Kshama Sawant was with the demonstration and opened the door with a key to let a few hundred protesters inside. They began to chant and gave speeches in the City Hall lobby area.

The demonstration at City Hall started around 9 p.m. Around 10:20 p.m. protesters said they would head back to Cal Anderson Park on Capitol Hill. 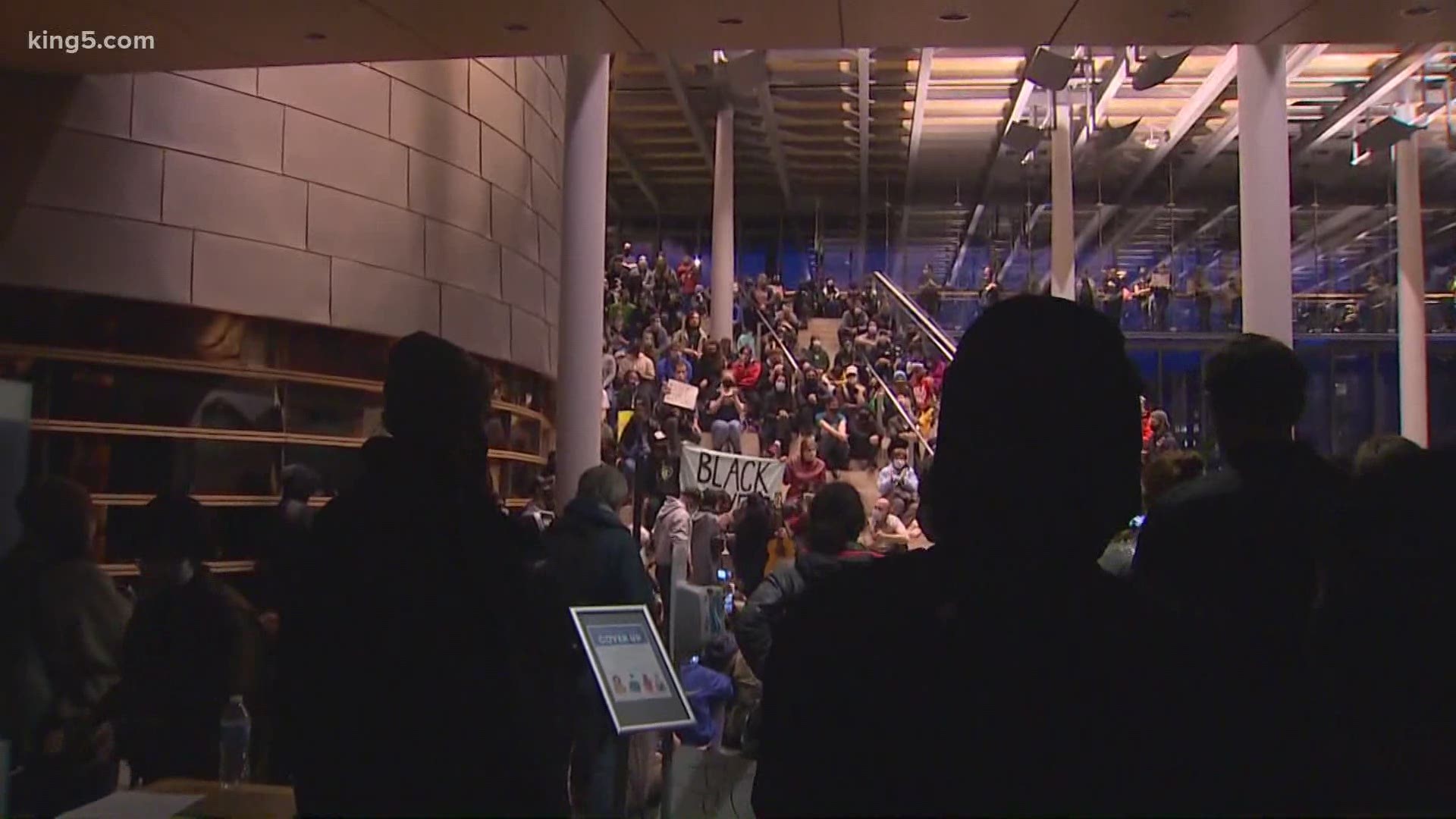