'This is sad': Clean-up at Pike Place Market after destructive protests and arrests in Seattle

Several businesses, including the original Starbucks at Pike Place Market, were damaged and vandalized during protests Wednesday night. 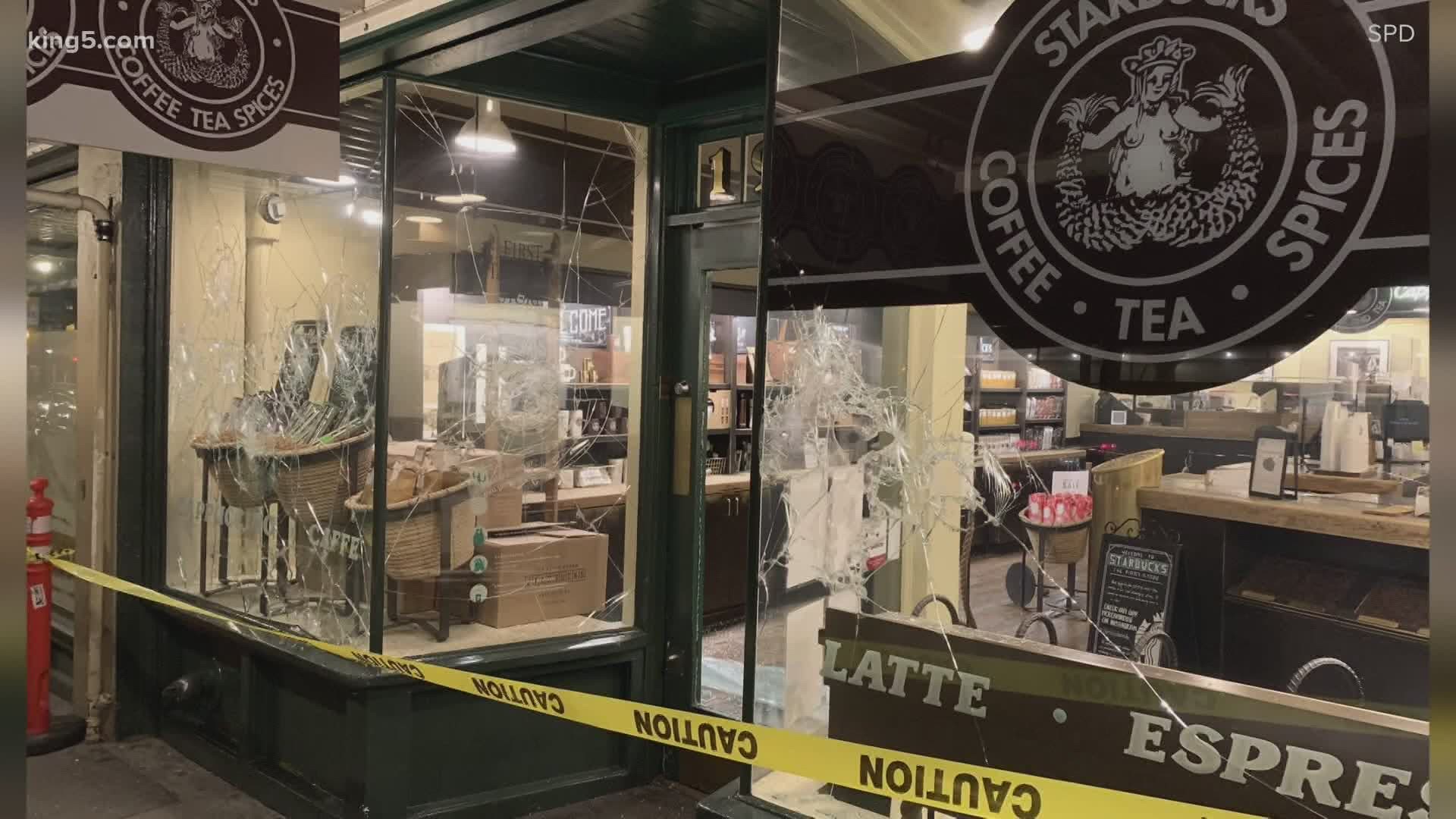 Businesses were forced to clean up across downtown Seattle Thursday after a group of protesters bashed windows and burned property Wednesday night.

The famous original Starbucks at Pike Place Market was hit, with storefront windows bashed. One person was arrested for the vandalism and faced a King County judge Thursday afternoon.

In all, police made three arrests as a small group marched around Seattle, tagging buildings with graffiti, smashing glass and blocking traffic. At one point, an American flag was lit on fire at 2nd and Spring streets during Wednesday's commute.

The group's purpose is unclear, although the graffiti pointed to threats against police, newly-elected President Joe Biden and Vice President Kamala Harris.

“We wanted to come and see and take pictures, we didn’t know they got hit,” said tourist Sera Forster. “The pandemic is going on, there is no point in damaging businesses that are working. This is sad."

The Seattle Police Department said a group dressed in all black, some armed with smoke cannisters, committed assaults and property damage, set fires and tagged business just hours after President Biden was sworn into office.

There were anarchist symbols painted at the site of the vandalism, though it’s unclear who put them there.

“These events were planned, advertised and we need to send the really strong signal that you’re not welcome here in Seattle and those that engaged in this action need to be held accountable,” said Jon Scholes the president and CEO of Downtown Settle Association. “Extremists that are coming into our city to destroy property, commit assaults and hate speech, it just has no place in Seattle."

Scholes has been one of the loudest voices condemning the violence.

Councilmember Andrew Lewis, who represents downtown Seattle, said in a statement he attributes the violence to a “small group of people” he calls “opportunists.”

By the time the five-hour march was over, police made just three arrests, with charges ranging from property damage to burglary to felony assault. 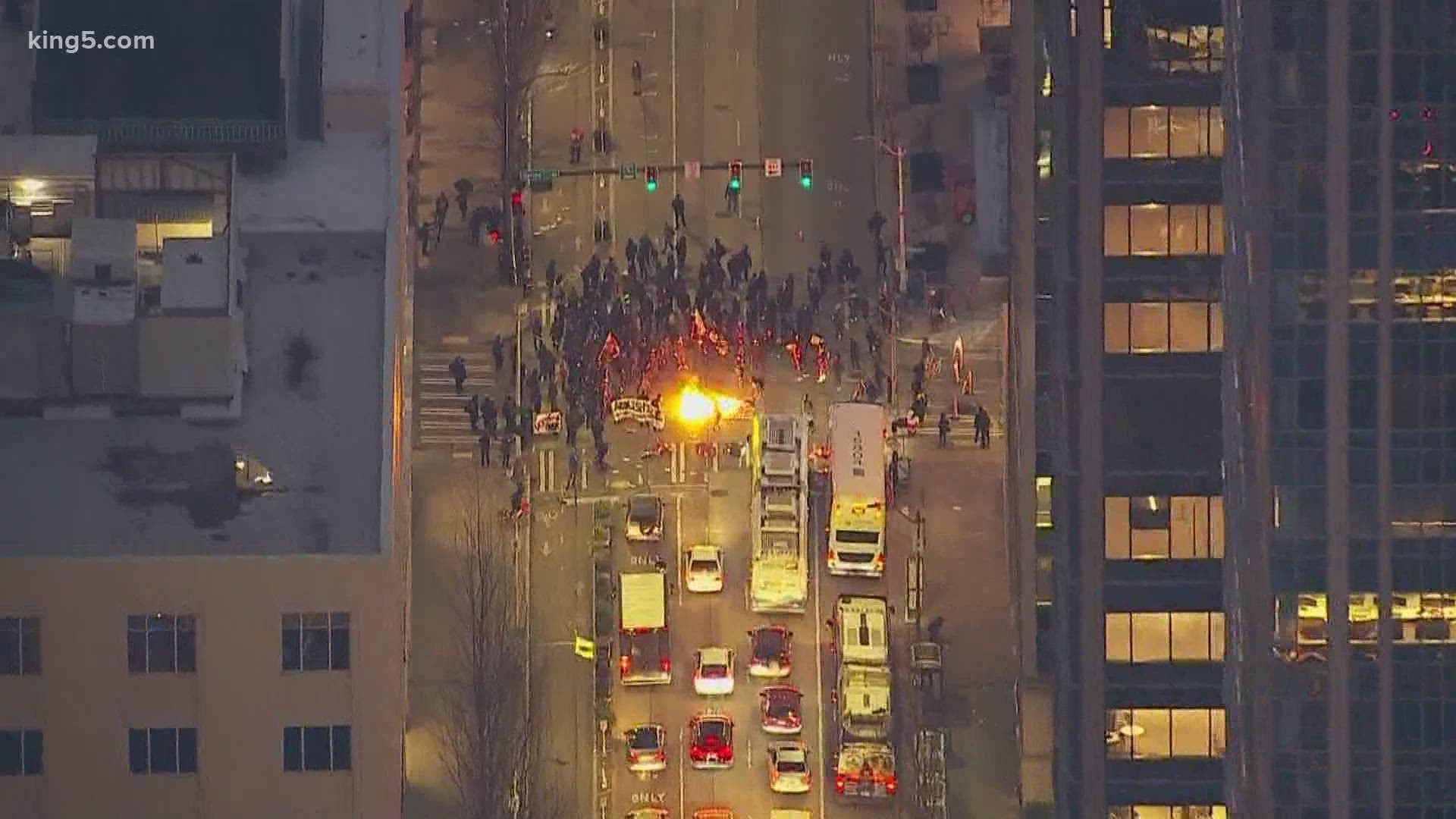