Police said the arrests were for failure to disperse, assault and property damage. 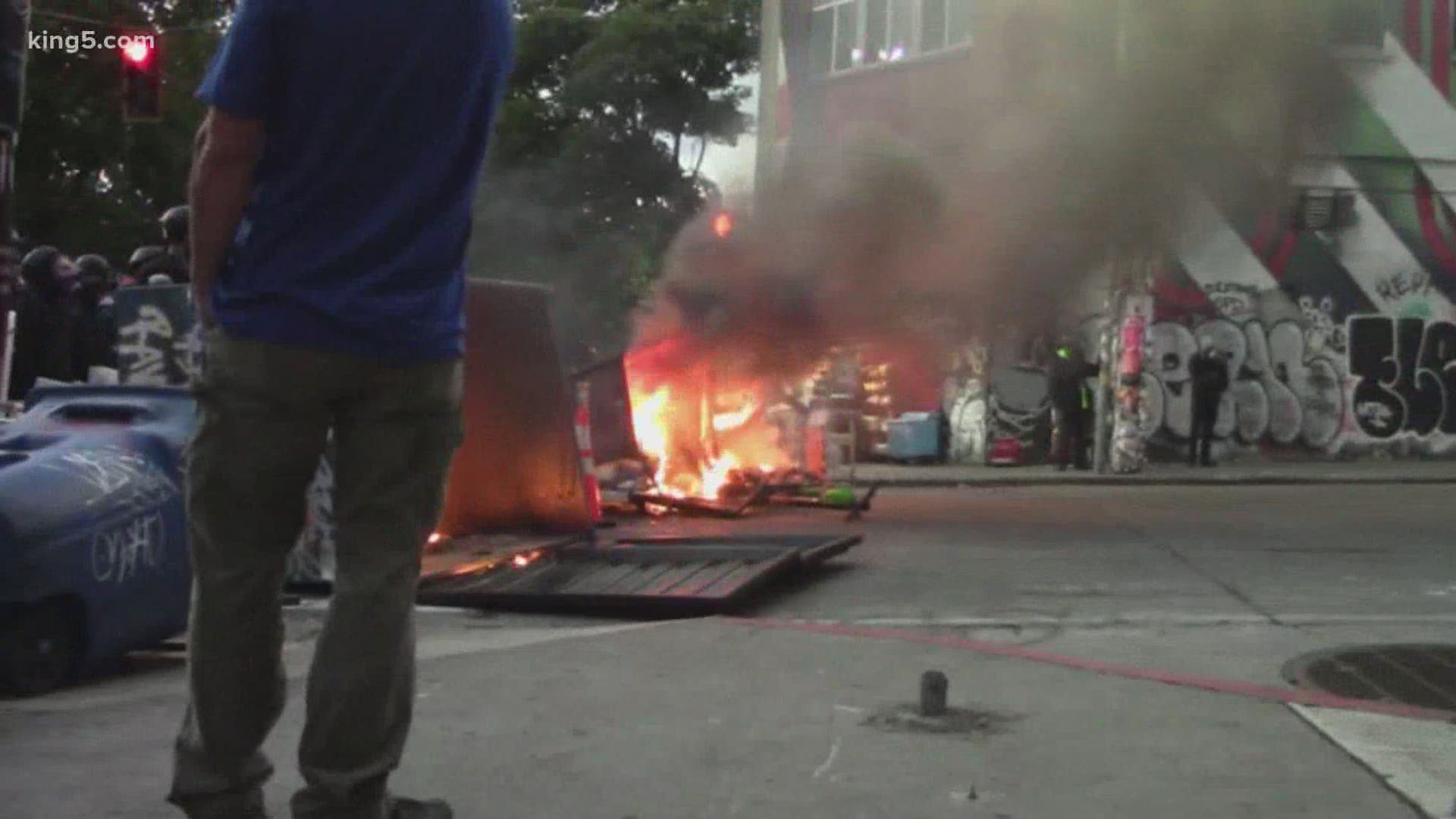 On Capitol Hill, police said demonstrators created a barrier between themselves and police by lighting dumpsters on fire. The Seattle fire department was called to extinguish the fire

According to a social media post, the protest was in solidarity with other cities around the country demonstrating for racial justice.

There were no reports of any injuries.