Attorneys say they are going after the government agencies with claims of misconduct that range from use of excessive force to abandonment of legal duties. 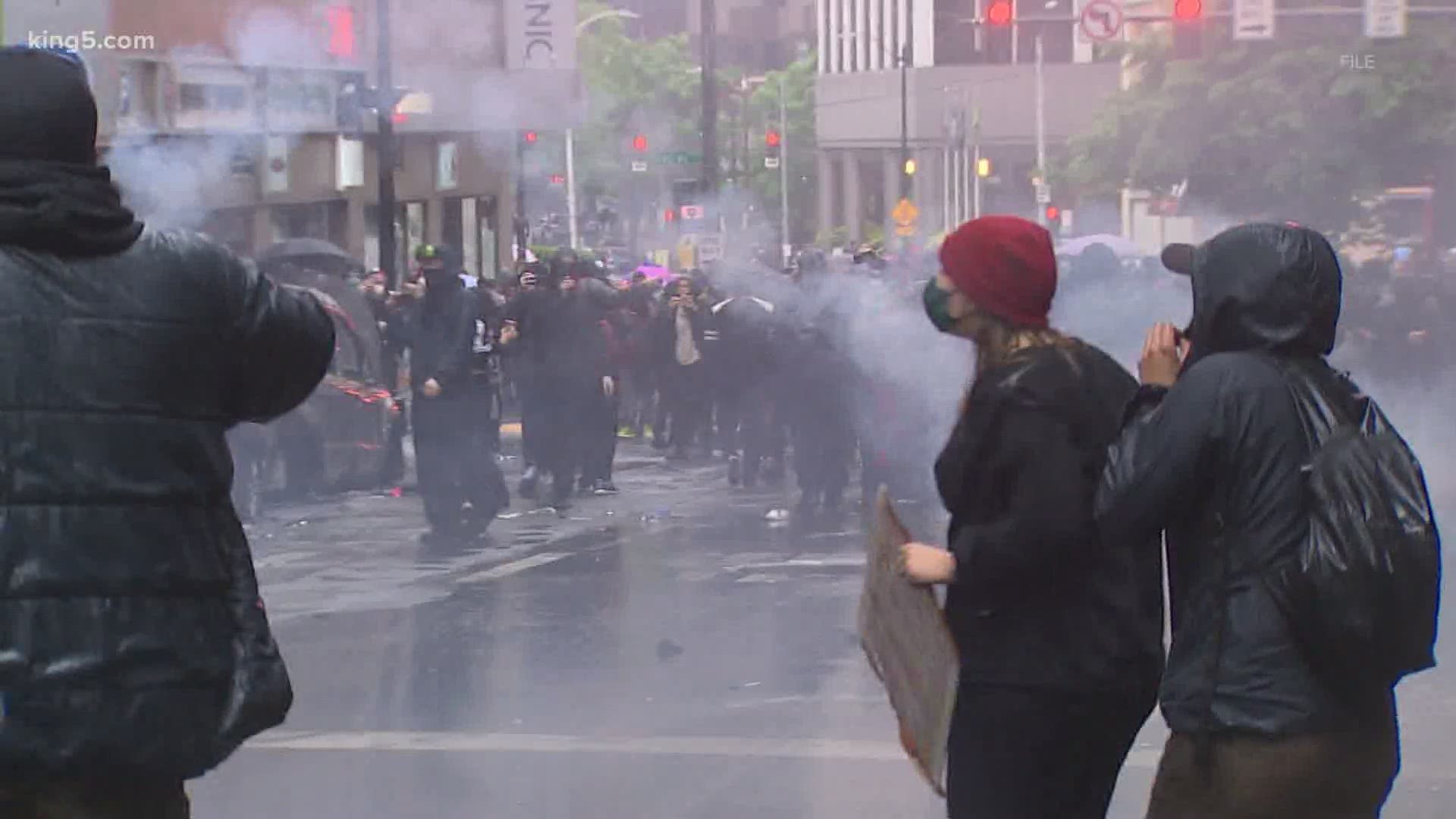 SEATTLE — About a dozen people who were out protesting the death of George Floyd have filed claims against the city of Seattle, King County and the state of Washington for use of excessive force and even death.

"We are bringing claims against the city of Seattle, the police department, King County, and the state of Washington for their roles in injuring or leading to the death of these protesters," said attorney Karen Koehler.

Koehler of Stritmatter Kessler Koehler Moore Law Firm, along with the James Bible Law Firm, say they represent peaceful protesters who were injured. One protester was killed.

One of Bible's clients is 7-year-old JoZiah Avery, who attended a daytime demonstration with his father. Bible said a police officer used pepper spray on the boy.

"His face was burning, his nose was running, his eyes were watering, and all night he said he felt like his face was on fire," Bible said.

The attorneys provided pictures of more injuries and criticized the lack of police presence in the so-called Capitol Hill Organized Protest (CHOP) zone.

For two weeks, protesters took over roughly six blocks on Capitol Hill. It's an area that included the police department's East Precinct, and some demonstrators referred to it as a 'cop free zone' and said police were not welcome there. However, others wanted to see a larger and faster police presence when violence did errupt in the CHOP zone.

"They protected the police and the building, but not the protesters on the roadways which are public," Koehler charged.

Koehler's client, Dan Gregory, was allegedly shot by a driver who went around a barricade toward protesters in CHOP on Sunday, June 7.

In the early hours of July 4, Summer Taylor was protesting on the freeway when a driver allegedly went around blocked roads, drove the wrong way, and hit and killed Taylor. A second protester was also injured. The driver, Dawit Kelete, 27, of Seattle was arrested and charged with vehicular homicide, vehicular assault, and reckless driving.

The Sheriff's office issued this statement:

“When we were informed, on July 5th, of the meme allegedly posted by one of our deputies, we took immediate action and referred the matter to our Internal Investigations Unit. On Monday, July 6th, Sheriff Mitzi G. Johanknecht ordered an expedited internal investigation and removed the employee from active duty pending results of the investigation.  In addition, employees who may have liked, reacted to or participated in the postings are also being investigated. We have taken this matter seriously and the Sheriff is committed to a thorough investigation.”

As for the claims filed, Seattle police said they can't comment on pending litigation

The attorneys submitted notices of claims against the City of Seattle, the State and King County on Monday, saying it is the first step that must be taken before possibly suing a governmental entity. After a 60 day wait period the lawsuits may then be filed, Koehler said in an email.

RELATED: Protester hit by car on I-5 in Seattle focusing on recovery

“Depending on the nature of the claim, it may require investigation by the OPA before a claim determination can be expedited. Finally, if a claim is to be paid, Risk Management will need sufficient documentation of a person’s damages (receipts, photographs or other acceptable proof) before reimbursement of damages,” said Mixon.

“As with any claim, the City’s primary goal is to be thorough and fair with how we handle the process. Each claim is thoroughly investigated individually by an adjustor before it is settled because we have a responsibility to our ratepayers and taxpayers to make sure claim payments are justified,” Mixon added.