Protesters arrested as Seattle clears out The Jungle homeless camp

The encampment has a long history of violence including a shooting earlier this year that killed two people. 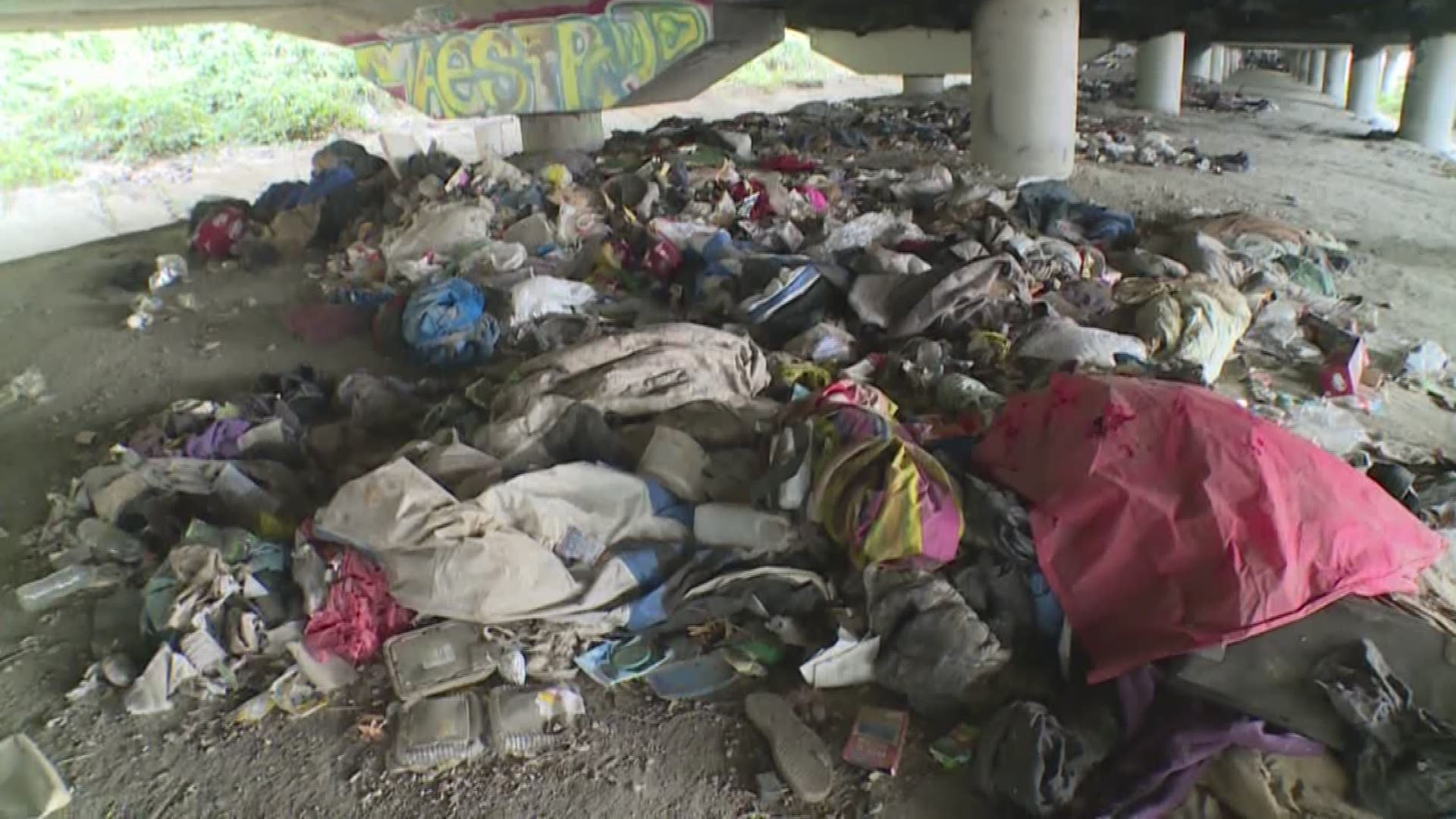 SEATTLE -- Amid loud chants from protesters, city and state officials began clearing out a Seattle homeless encampment known as The Jungle Tuesday. The camp is notorious for multiple cases of criminal activity and drug use.

The homeless still living in The Jungle were warned they needed to leave the area under Interstate 5 by 8 a.m. Tuesday. Officials say 13 people were still there as of early Tuesday morning, down from over 350 people last year. And those 13 were still not ready to go.

1 / 16
<p>City and state officials cleared the homeless camp known as The Jungle under I-5 in Seattle, Oct. 11, 2016. Advocates for the homeless protested during the sweep. (Credit: KING)</p>

"There are a few that have told us 'Yeah, We aren't going. We're going to stay here.' So there will be a few that still hold out," said Jeff Lilley, head of the Union Gospel Mission.

Protesters chanted "Stop the sweeps" and "Housing is a human right" as officials held a press conference at the start of the sweep. A banner held by protesters read “Sweeps are a human rights violation" and another sign read "Sweep trash not people." 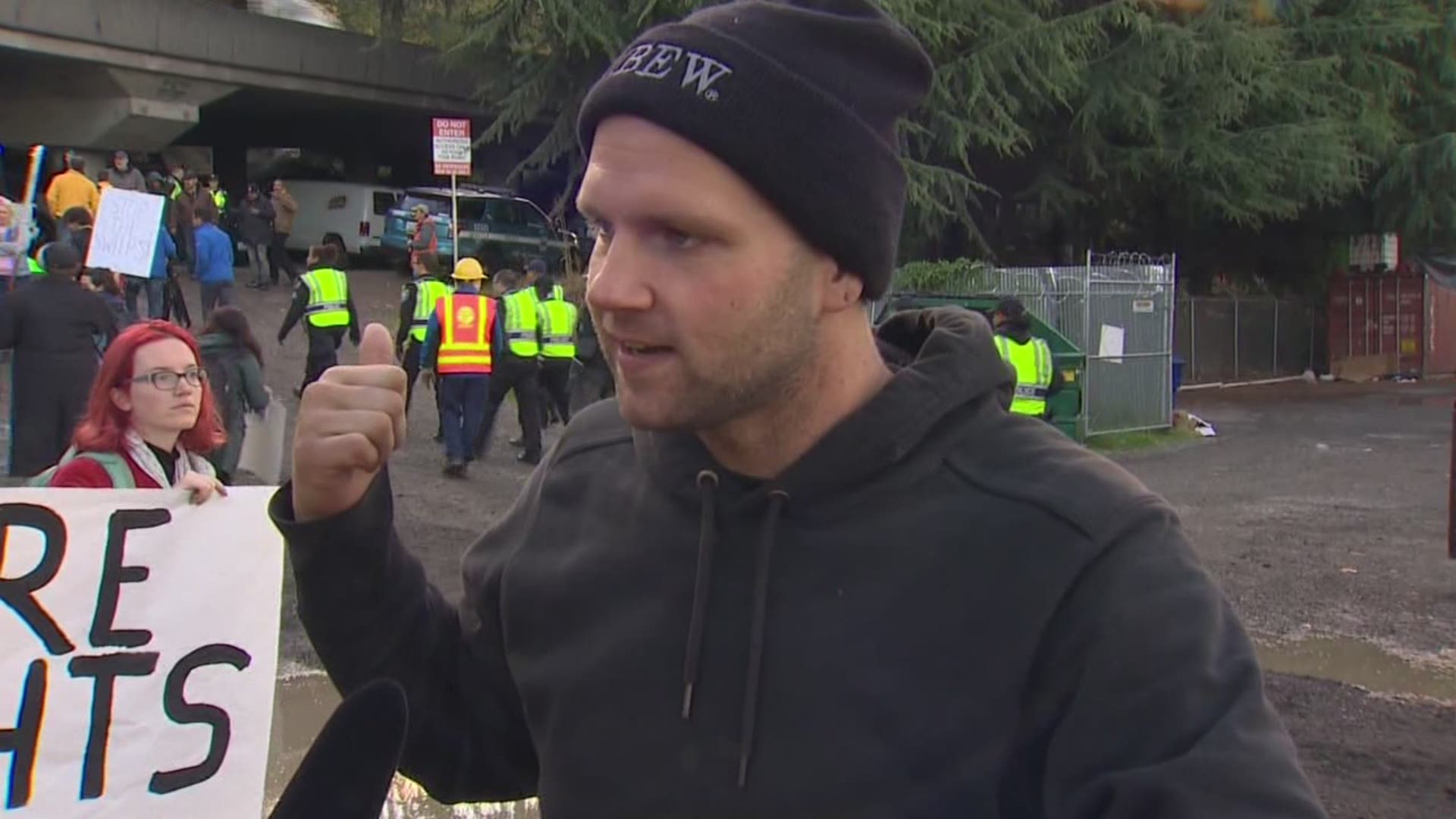 Four protesters were arrested while none of the homeless residents were detained.

Crews in hazmat suits went in to begin clearing out the area which includes dozens of drug needles strewn all around the encampment. It's expected to take two to four weeks to clean up the area.

After the cleanup. WSDOT says it will be doing maintenance on the freeway including expansion joint work. WSDOT Assistant Regional Administrator Dave McCormick says the agency has held off on doing the work for six months while the Mission has been trying to find an alternative for the homeless living beneath the freeway.

"Some of (the residents) didn't think this day would come," said Lilley. "Today, they're believing that, and that's why we're here, too." 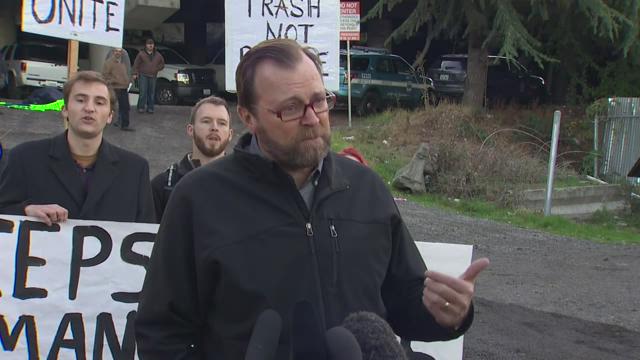 “They might tell you that they’re going to offer them housing, but there’s no housing out there for these people,” Malinowski contradicted.

The residents were moved to an adjacent field near Safeco Field as part of the agreement between the city and state. The city transportation and parks departments will work to reunite belongings that are cleared out with their owners.

The encampment has a long history of violence including a shooting earlier this year that killed two people.

"If you don't want to get hurt in The Jungle, don't go into The Jungle," said Malinowski. He added The Jungle was no more dangerous than anywhere else in Seattle, which he says he's never found to be a dangerous city. 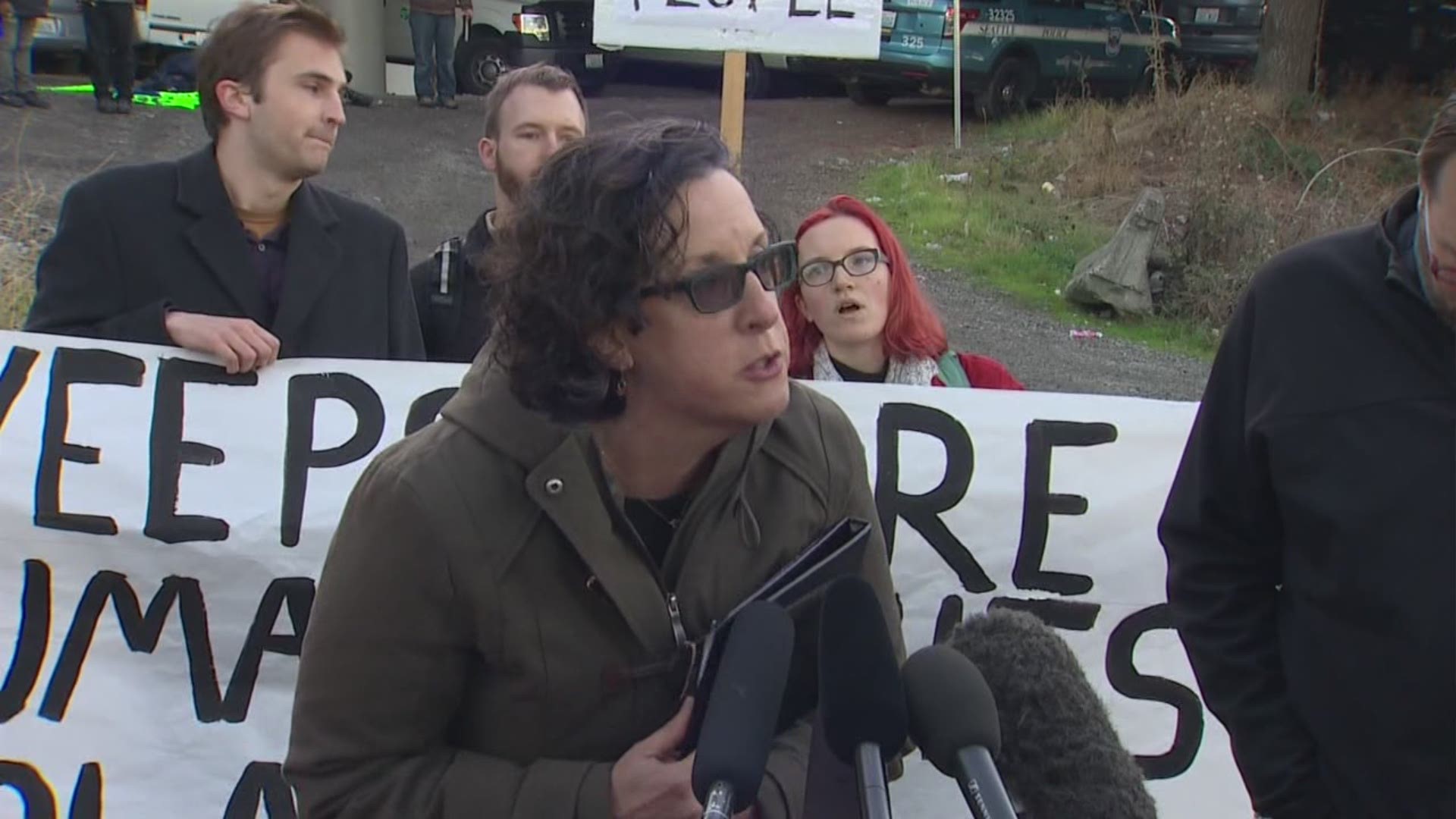