Critics liken the bill to the controversial 'head tax,' but the bill's sponsors consider it a 'payroll excise tax.' 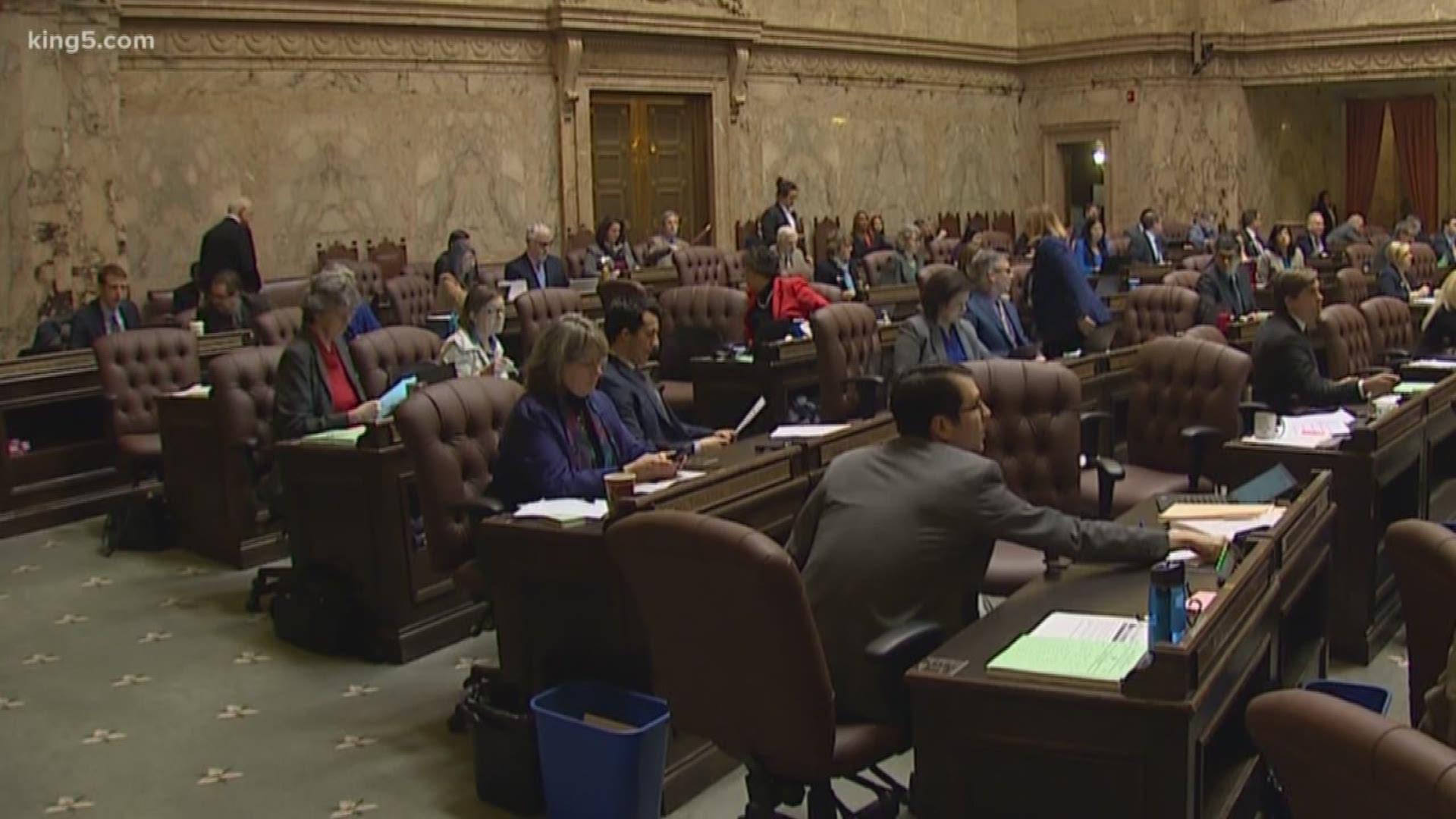 SEATTLE — A change in Washington state law could give King County the ability to add a regional tax on businesses around the county, generating millions to help with housing and behavior health issues.

If it sounds like the so-called "head tax" Seattle passed and then rescinded in 2018, you would be agreeing with critics, but supporters say this is different.

Instead of coming from the Seattle or King County Council, this was proposed in the House. House Bill 2907 claims to provide progressive tax reform.

"It's definitely not a head tax because it's really a high-earners tax on business, based exclusively on total payroll related to employees who earn over $150,000 a year,” Rep. Nicole Macri (D-Seattle) said. She's one of the bill's sponsors.

Small businesses would be exempt unless more than half of their employees earn more than that. The money would be earmarked for housing, homelessness, public safety, and behavioral health services.

It already has the support of Seattle Mayor Jenny Durkan and King County Executive Dow Constantine. In a joint statement, the pair said: “We thank legislators in Olympia for recognizing that regional need, and for bringing forward a progressive new funding tool for King County – and we encourage them to act with urgency.”

The legislation does not guarantee the tax, it simply opens the door for King County to consider this regional approach.

“Right now, business taxes are authorized at the local, city level — and as we have made efforts to look at addressing problems like homelessness, mental health, substance use disorder at more of a regional perspective,” Rep. Macri explained.

The bill has numerous co-sponsors, including longtime Speaker Frank Chopp.

King County Councilmember Reagan Dunn was quick to respond to the proposed legislation, calling it “a new coat of paint on a bad idea.”

He said they should have a plan in place to address homelessness before they start collecting money. His statement said, "There's no specific budgetary gap that we're trying to fill, the homeless governance commission hasn't even met yet to identify what we need to do in respect to housing and homeless governance.”

Dunn says it discourages employers from paying higher wages and if it passes at the state and local levels, the voters will push back.

“They can do this in Olympia and they can even pass this out with 5 votes at the King County Council. At the end of the day, it will be the citizens who will have the last word.”

Expedia Group issued a statement from Chief Legal Officer Bob Dzielak in support of the legislation.

"Addressing our region’s homelessness and affordable housing crises at the county level reflects the needs and values of all of our employees in the Seattle region. Thousands of Expedia Group employees live throughout the Greater Seattle area and, like the broader public, are looking to government and business leaders to take new, comprehensive steps to address homelessness and housing issues in the communities and neighborhoods we call home.

"Our roots are firmly planted in the Greater Seattle area and we are proud to contribute toward the revenue needed to address these issues in the form of a new tax that can make a meaningful impact, creates accountability to drive progress, and quickly gets the needed funding in the hands of our local policy makers in and beyond Seattle as swiftly and responsibly as possible."

Seattle City Councilmember Kshama Sawant was a supporter of the first “head tax” and has been pushing another recent movement called "Tax Amazon."

Sawant released the following statement Wednesday: "It is no coincidence that this proposal comes right after our Tax Amazon movement has rallied with hundreds to fight for a big business tax of $300-500M per year to fund green, union-built social housing. We welcome the announcement that King County may gain the ability to tax big business, but our movement has learned the lesson from the repeal of the 2018 Amazon Tax. We will not put our faith in corporate politicians to stand up to bullying from Bezos and his billionaire friends. We will keep organizing and we will win the biggest possible Amazon Tax based on the strength of our movement.”