Pro skateboarder Andy Anderson says he could make more money if he didn't wear a helmet, but he's putting his safety first - and setting an example. 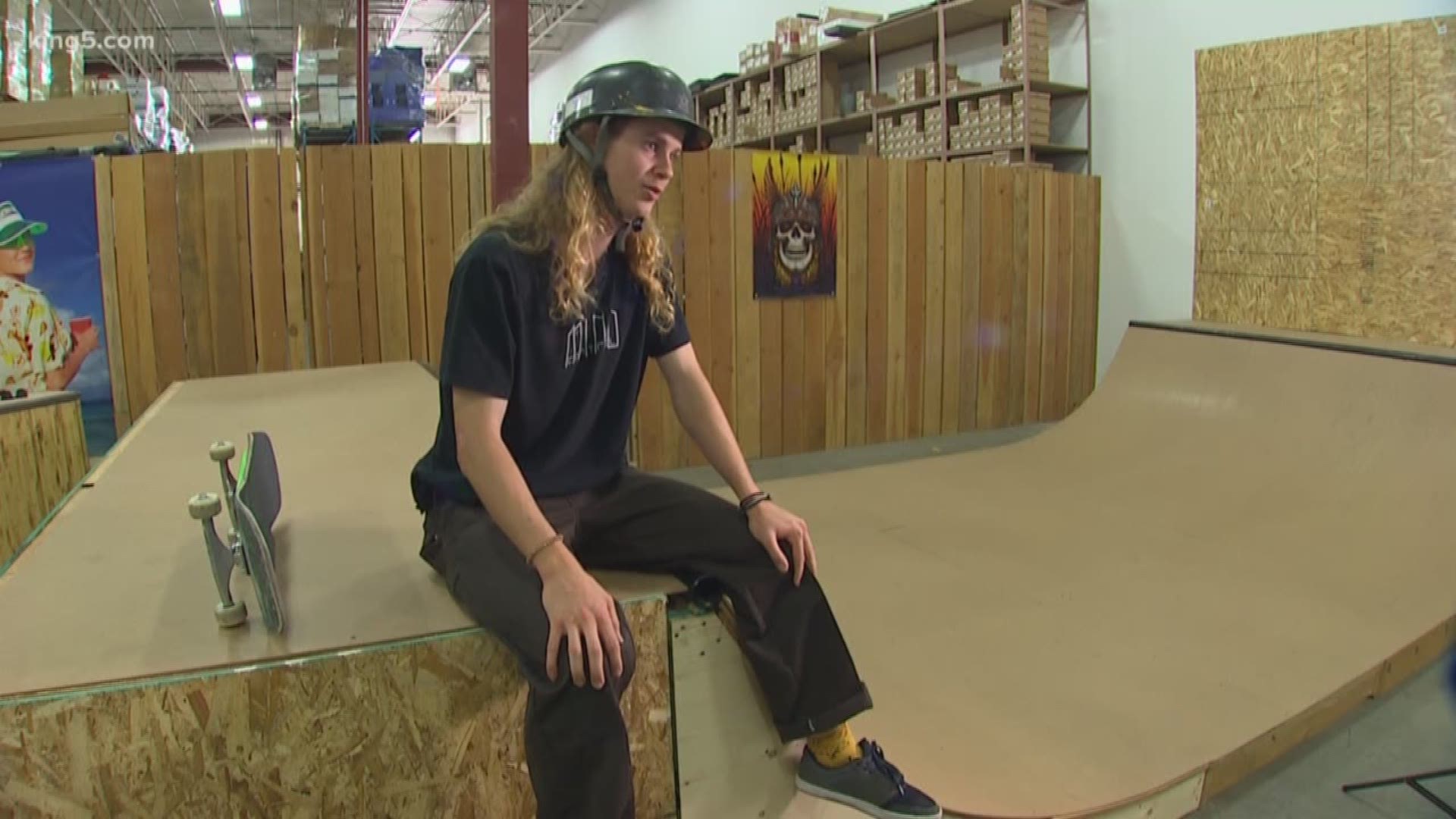 VANCOUVER, BC — Professional skateboarder Andy Anderson has a reputation as an innovator for his freestyle tricks and unique techniques on streets and in skateparks, but he might be best known for something on his head.

“I always wear a helmet when I skate. No matter what I’m skating,” said Anderson. “It’s become somewhat of a trademark.”

He thinks he could make more money if he agreed to compete without wearing head protection.

“It takes away the danger, one of the main pulls of skateboarding.”

A Seattle couple said their son’s reluctance to wear a helmet almost cost him his life in April.

19-year-old Aidan Schellings suffered a fractured skull and traumatic brain injury after crashing on his skateboard at a Green Lake skate park.

“How cool is it to have half of your skull missing?” Aidan’s mother, Rebecca Schellings, asked sarcastically.

Aiden's family is spending the summer with him at Craig Hospital in Denver, Colorado.

Doctors in Seattle said Schellings might not walk again. Now he is walking with help, plus talking and eating on his own.

But his parents know he will never be the same -- and they blame the attitude surrounding the sport.

”The skateboarding culture, the skateboarding companies really need to think about what they’re doing and quite frankly, be held accountable for this,” said Steve Schellings, Aidan’s father.

Anderson, who resides in Vancouver, B.C., is competing around the world this summer with hopes of making the 2020 Olympic team.

The Tokyo Games will be the first to include skateboarding events.

Only participants under the age of 18 will be required to wear helmets, which is standard in competitions.

Anderson thinks if he qualifies, he’ll be the only participant over 18 wearing a helmet.

Read more about Aidan's Impact below: