No inmates yet have tested positive for coronavirus, though some tests are pending. Releasing low-risk offenders could be a future option if a big outbreak occurs. 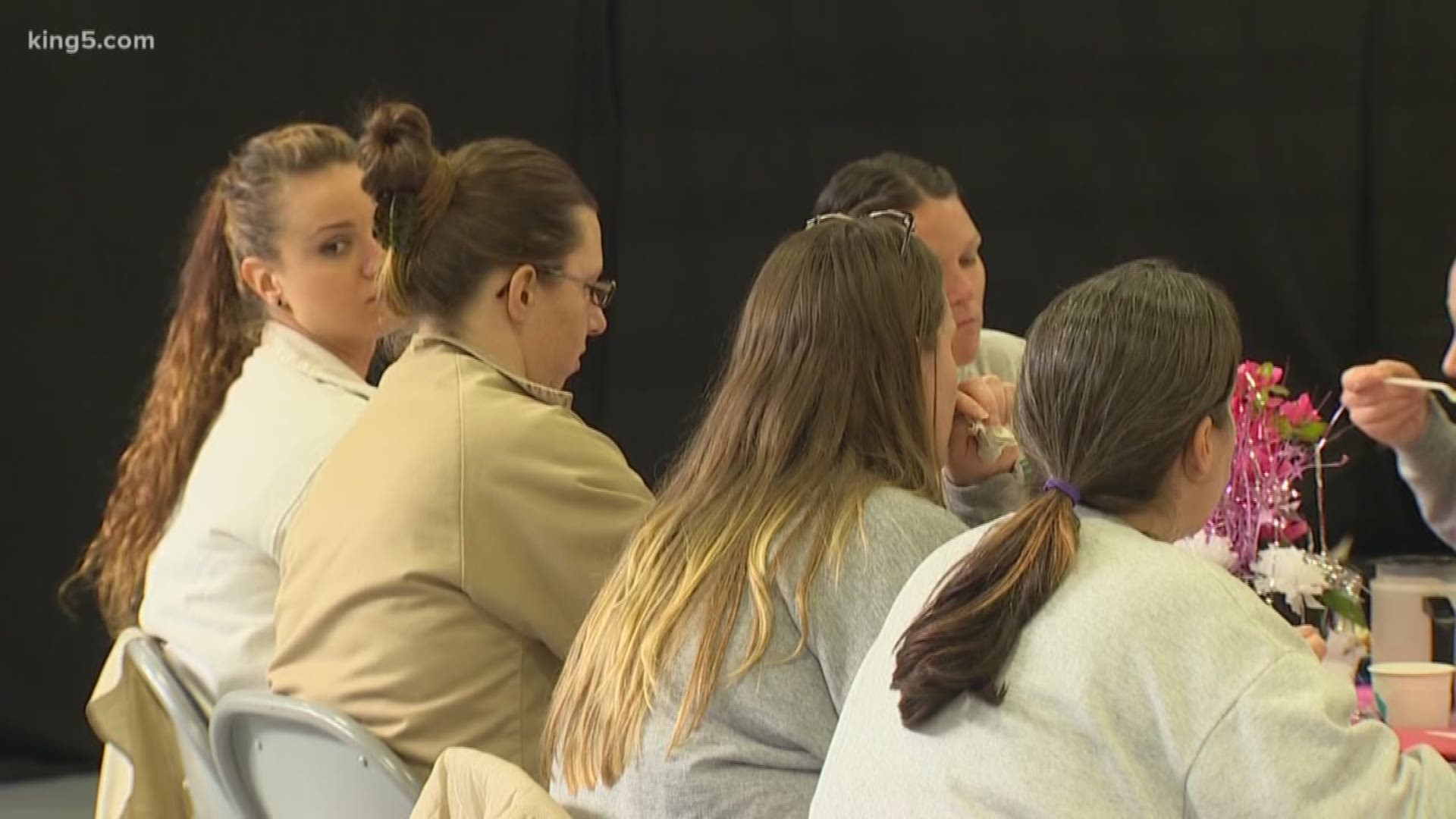 OLYMPIA, Wash. — No state prison inmates have yet tested positive for coronavirus, and prison officials hope to keep an outbreak at bay.

Social distancing measures have been put in place, according to Department of Corrections Secretary Steven Sinclair.

“Not unlike the community, I’m not going to say it’s 100% perfect, but yes, we can do some levels of social distancing,” said Sinclair.

Sinclair said the prisons have implemented similar social distancing measures in past years where they have seen a higher than average number of flu cases.

While the state houses more than 16,000 offenders, keeping inmates spread out is manageable, Sinclair said.

“We control the gates and the access and the flow that people move to get their meals,” he said. “We also have an ability to enforce it, too.”

Not only can prisons enforce social distancing with inmates, all employees are medically screened before entering state prisons, all inmate visits have been canceled, and inmates who are older or who have health issues now have decreased contact with fellow inmates and staff.

He said 115 inmates have been tested. So far, none have tested positive, but the Department of Corrections is still waiting for results to come back for 37 offenders.

Sinclair said if they see an increase in infections among inmates or staff, low-risk offenders might be released from custody earlier than scheduled.

”We’re talking actively with the governor’s office and we’re going to provide them with some possible options,” Sinclair said.

In the meantime, offenders across the state are making medical supplies for hospitals.

More than 3,600 have been made based on a design created by Brian Burke, an inmate serving time for drug charges.

“My daughter’s she was extremely pleased with that, she’s like, you know, there’s so many people out here who are in a dire emergency for it,” Burke said. ”The fact that you’re a part of it, you should be proud of yourself.”