The message Monday night was clear: there are too many people in prison for too long for the wrong reasons, and the state laws don’t make it easier. 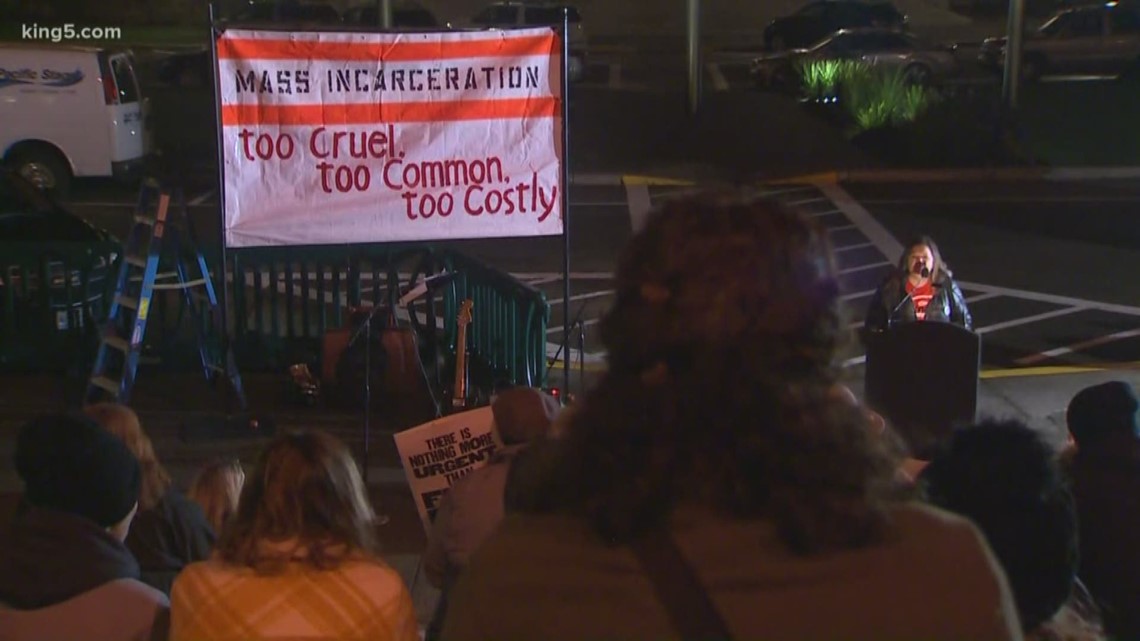 OLYMPIA, Wash. — Hundreds of people gathered in Olympia on Monday in support of prison reform and ending mass incarcerations in Washington state.

Tarra Simmons, a candidate for the 23rd District seat in this year's election,  was one of the guest speakers on the steps of the capitol building.

Simmons' story made national headlines after she attempted to become a lawyer following her release from prison. Despite graduating near the top of her class, she was initially denied the ability to take the bar exam. A state Supreme Court ultimately ruled in her favor.

“The only people in this world who can change things are the ones who actually believe they can,” she said to the crowd.

If Simmons were to win, she believes she would be the first elected legislative member to have served time in prison.

The message Monday night was clear: there are too many people in prison for too long for the wrong reasons and the state laws don’t make it easier.

Simmons and others at the rally argued that state laws make it difficult for people to rehabilitate themselves should they get out, or it prevents them from getting out altogether. They say the laws on hand are dated and not in line with today’s societal standards.

“I do believe in accountability,” one speaker said, “but accountability to me, does not mean you put somebody in a cell and you leave ‘em and you forget about them.”

Those at the rally acknowledge there are individuals who do need to be in prison but stressed that limited opportunities to rehabilitate some of those in prison causes more harm than good.

The website PrisonPolicy.org reports as of 2019, there were 2.3 million people incarcerated in the United States. In Washington state, they reported 37,000 people in jail and prisons.

“Once you're involved in the criminal justice system, it's like a life sentence,” Simmons said.

Pam and David Deacon-Joyner were at Monday’s rally. They said being a voice for those who can’t speak for themselves is important.

“There’s so many people, who are good people, who deserve – like she [Simmons] said, they need that second chance," David Deacon-Joyner said.

The legislative session begins this week and there are several bills related to prison reform on the docket. The session will last 60 days.