The effects of drought in Brazil and shipping costs in Central and South America will likely be felt in Washington through coffee prices. 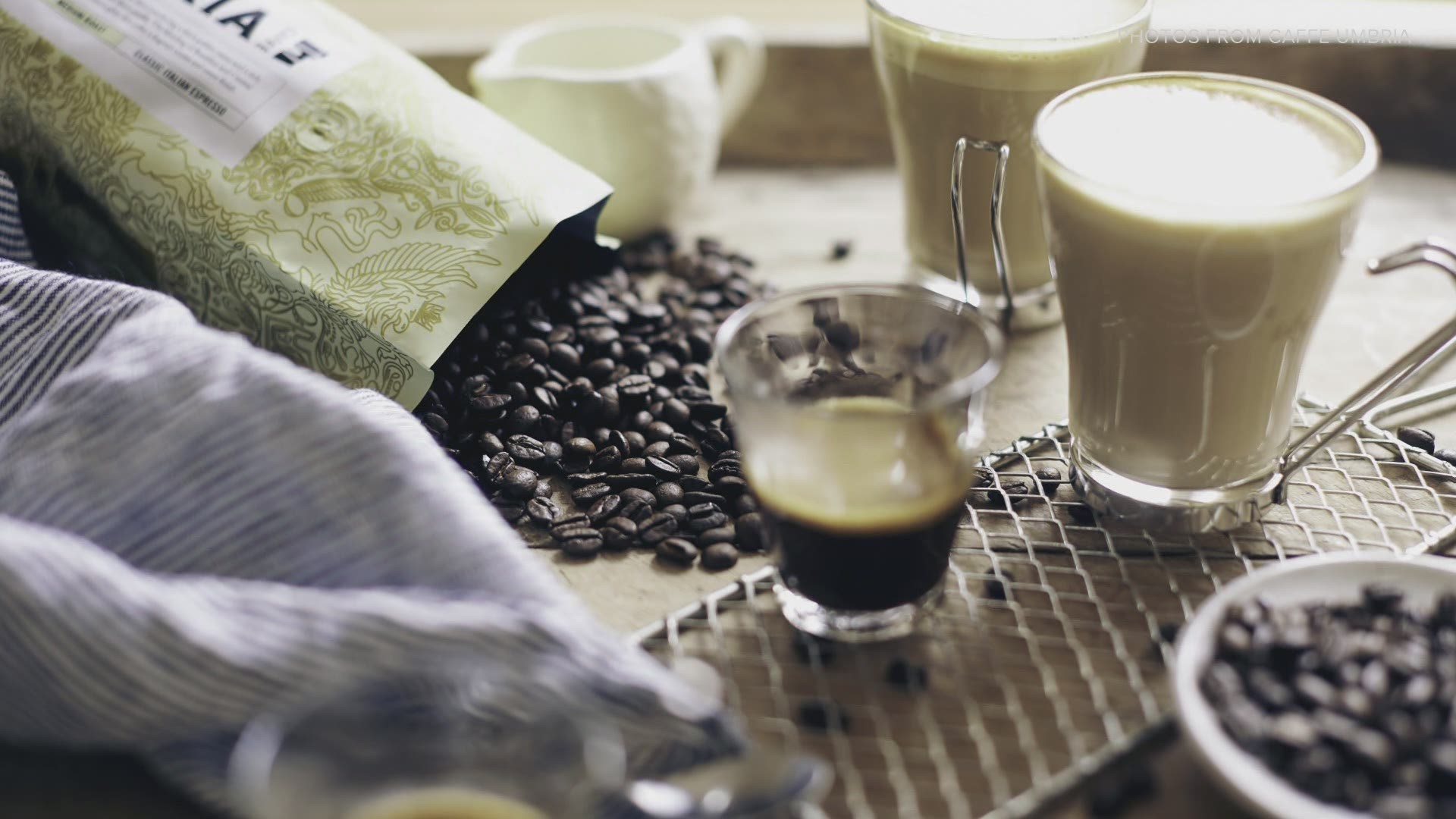 SEATTLE — You've probably noticed the price of nearly everything has gone up.

Your cup of joe could be next.

WHY ARE PRICES RISING?

CNBC reports coffee prices are likely to surge as crops in Brazil suffer from the worst drought the country has seen in nearly a century. It's something Emanuele Bizzarri, third-generation coffee roaster and CEO of Seattle-based roastery Caffè Umbria, said could eventually affect how much you spend on coffee.

However, that's not the only factor causing the industry to consider raising its prices. The cost of shipping beans from places like Central and South America, two of Caffè Umbria's largest suppliers, has gone up exponentially during the coronavirus pandemic. "The container from Brazil to Seattle, normally, it would cost about $2,000 to $2,500 to ship. I've seen prices from $6,000 to $10,000 now," said Bizzarri.

It didn't help that all Caffè Umbria's locations in Seattle and across the country, like many other coffee shops, shuttered during the pandemic. Fewer people were getting their morning pick-me-up as fewer people went into work every day.

That did, however, turn out to be a small blessing in disguise for shops like Caffè Umbria. A shortage in coffee stored in warehouses across the U.S. is also making it harder for smaller roasteries to get beans. Lucky for Caffè Umbria, the pandemic slowdown left them with a so-called 'surplus,' meaning they have yet to run out of coffee beans.

WHEN WILL YOU BE AFFECTED BY PRICE HIKES?

The pandemic, the coffee bean shortage and the high cost of shipping mean you'll likely be paying more for your coffee in a few months' time. Bizzarri predicts it could come by the end of the year. "I wish I had a crystal ball," Bizzarri said. "If things keep going up, we may see people start thinking about passing on extra expense to [the] consumer. I think it's just the nature of the beast."

According to the Wall Street Journal, the price of coffee has already increased 17% from five years ago, more than the rate of inflation.

KNOW WHAT YOU'RE PAYING FOR

Still, if there's one thing coffee shop owners like Bizzarri want you to remember, it's knowing where your coffee is coming from. He stresses that you're not only supporting the coffee roasters but the supply chain, all the way down to the farmer and co-op the roastery works with. "Those people do deserve to make a living," said Bizzarri. "I think it's important that the consumer doesn't see it as being taken advantage of."