About 70 people at the Northwest Hardwoods mill in Mount Vernon are losing their jobs, they say because of President Trump’s ongoing economic battle with China. 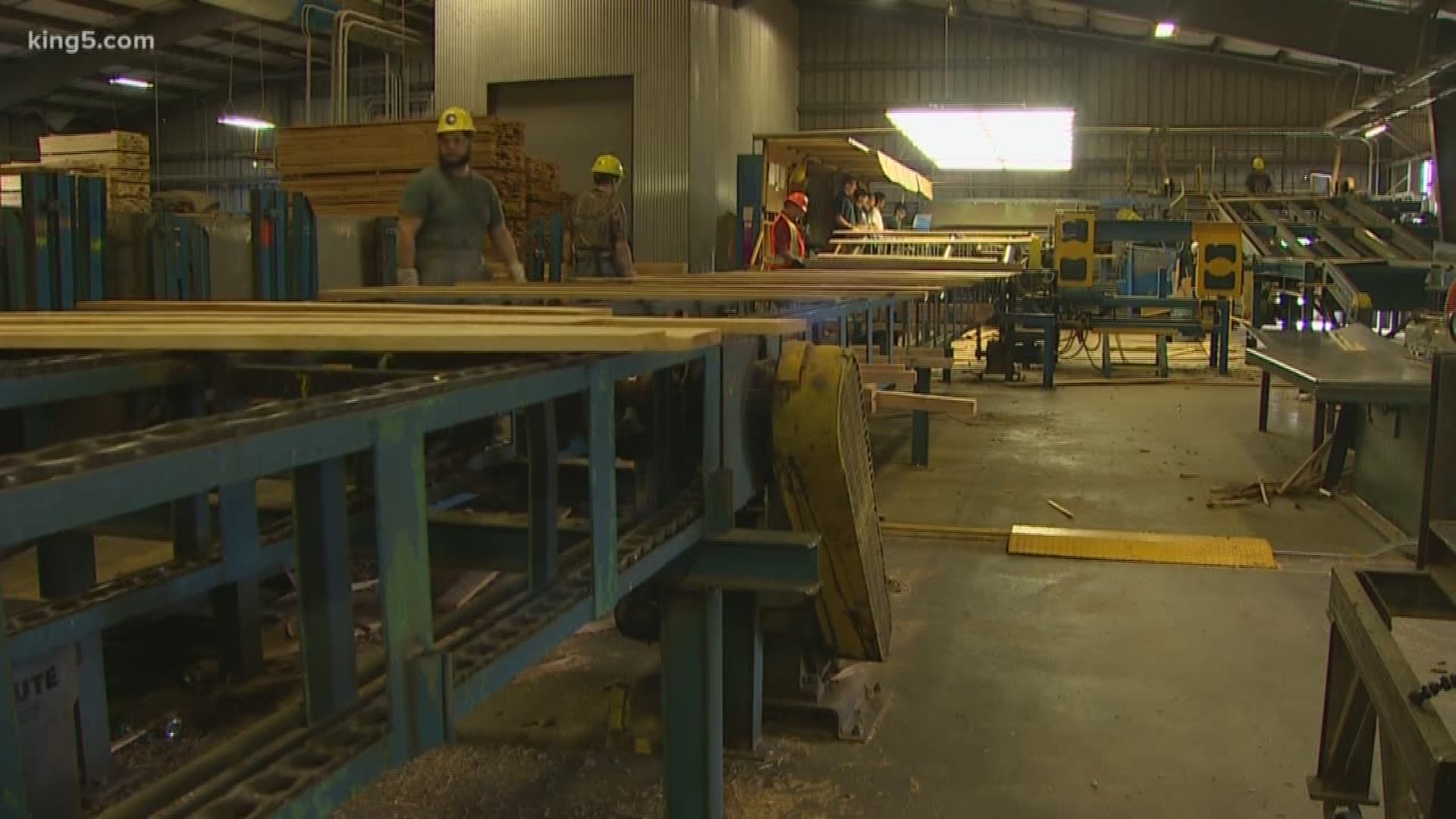 Northwest Hardwoods headquartered in Tacoma is the nation's largest supplier of hardwoods. The company announced this week it's having to close its mill in Mount Vernon, indefinitely.

B.J. Nersten has worked in lumber mills for 39 years, through wars, recessions, and the spotted owl.

Some would call him a dying breed. B.J. calls himself something else.

Few at his mill, however, will survive this latest blow.

Just about all of the 70 workers at Northwest Hardwoods Mount Vernon location are losing their jobs. They're collateral damage in the President's ongoing economic battle with China.

"It seems like our mill is a casualty of that war, so to speak," said Nersten, "the tariff war."

China has slapped tariffs of 10 to 20% on American wood products in retaliation for Trump's tariffs. Exports to China from Northwest Hardwoods have dropped 40% and overall revenues are down 30%.

"Our message to the administration is we need a deal done soon," said company CEO Nathan Jeppson. "Our industry is suffering greatly and unfortunately that comes with jobs."

Some 700,000 jobs depend on the logging industry, nationwide, from truck drivers to cabinet makers.

In addition to the Mount Vernon mill, Jeppson has also recently closed a smaller facility in Virginia, and he worries it won't be the last.

"As an industry, more mills will have to close," he said. "There's no way around it."

Mill owners from across the country have been lobbying lawmakers in Washington, D.C. for some sort of financial assistance to keep their doors open. They argue they're no different than farmers who have been given large government subsidies as the trade war lingers. So far, though, those efforts have been unsuccessful.

If that assistance doesn't come soon, the last day of work at Northwest Hardwoods in Mount Vernon will be November 8.